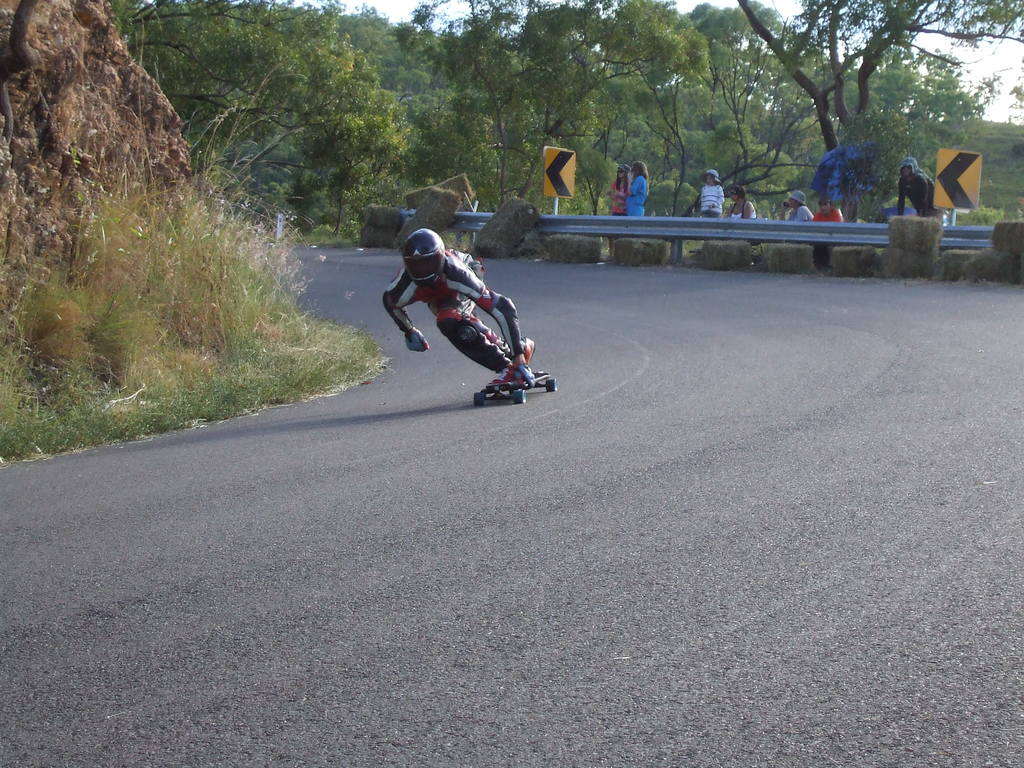 I can't believe the weekend is over. I'm sitting here typing trying to keep my eyes open. I'm pooped. I've got the matchsticks out to hold up my eyelids. So please pardon any spelllling mistaykes... Anyhoot, what a weekend. Yesterday we ran the Super Giant Slalom for the second time - the fastest slalom race in the world. We had a big field, 28 racers, and everyone charged hard. For some people it was their first time running cones. Big props for stepping up to the challenge. At the end of the day tho, it was a repeat of last year in the chase for podium spots. Congrats dudes, you ripped that hill apart! 1st - Jacko, 2nd - Leeso, 3rd - Dadbro. 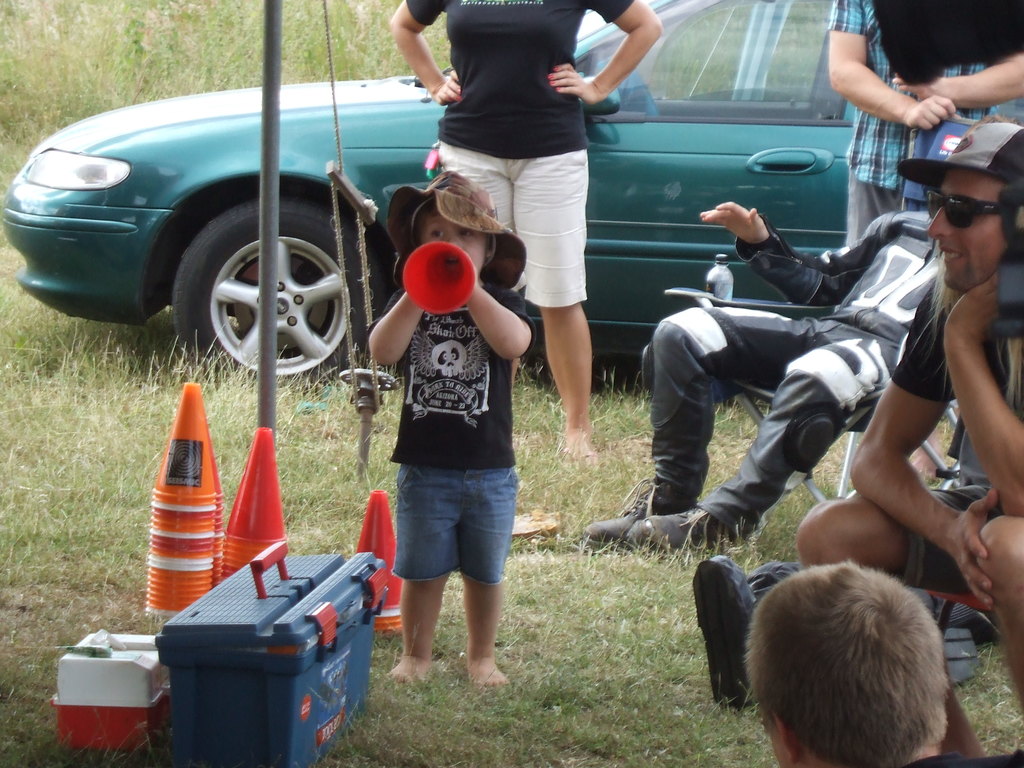 Bugs announces the winners of the slalom race. 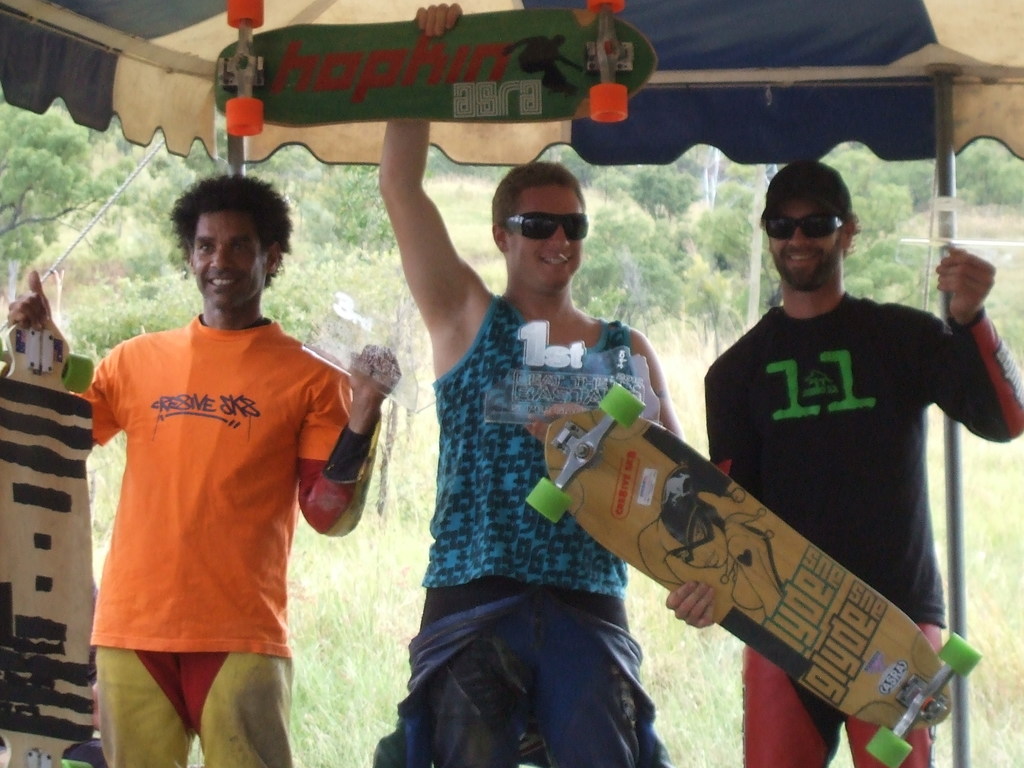 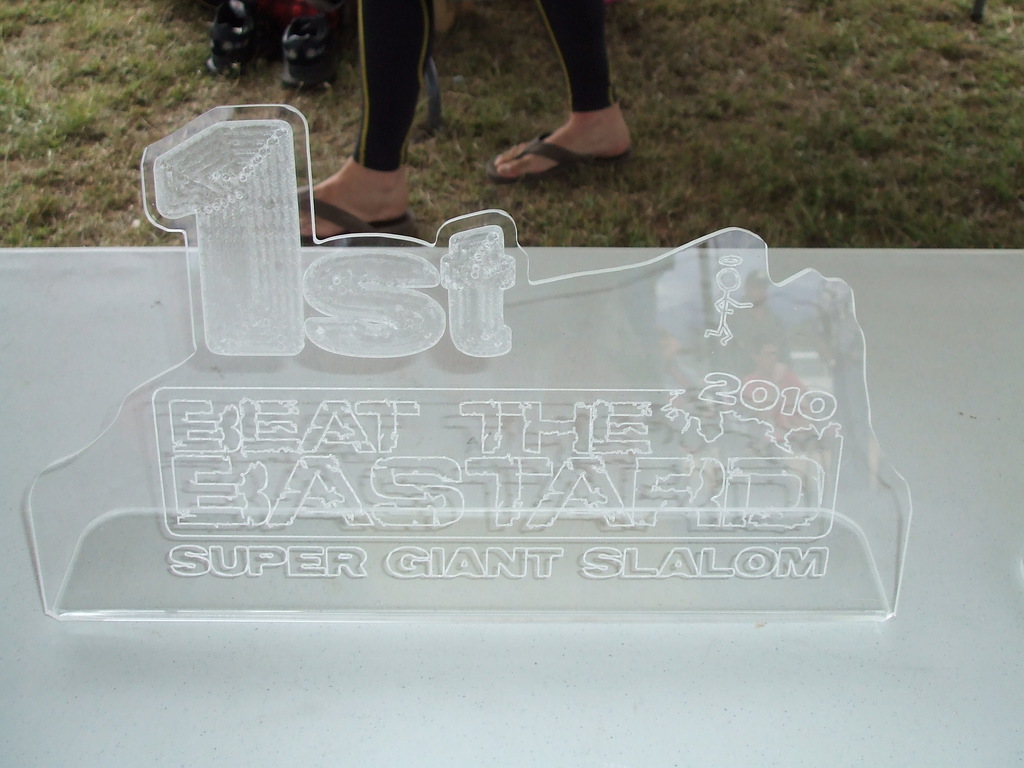 Norfin Paul made some awesome trophies. Thank you!! Robbo's feet not included. 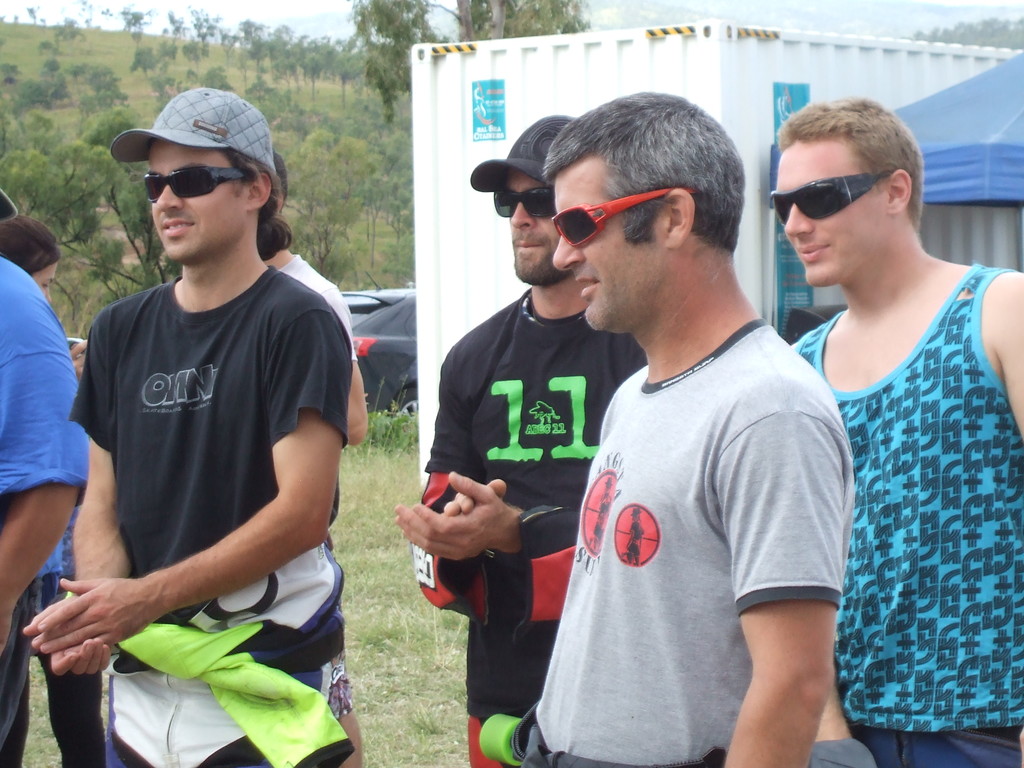 Here are some heavies of the Aussie scene - Duff, Leeso, Kelly and Shapiera - starring in some sunglass ad.


I know my skate photos suck compared with most of the photos on the site. But that's ok. I like to think my photos have a certain amateur flair about them that makes up for the complete lack of composition, balance, and, let's face it, ability to focus. Add in the fact that all my photos are taken with a polaroid camera and I believe my offerings are quite decent. I always shake it like a polaroid picture. 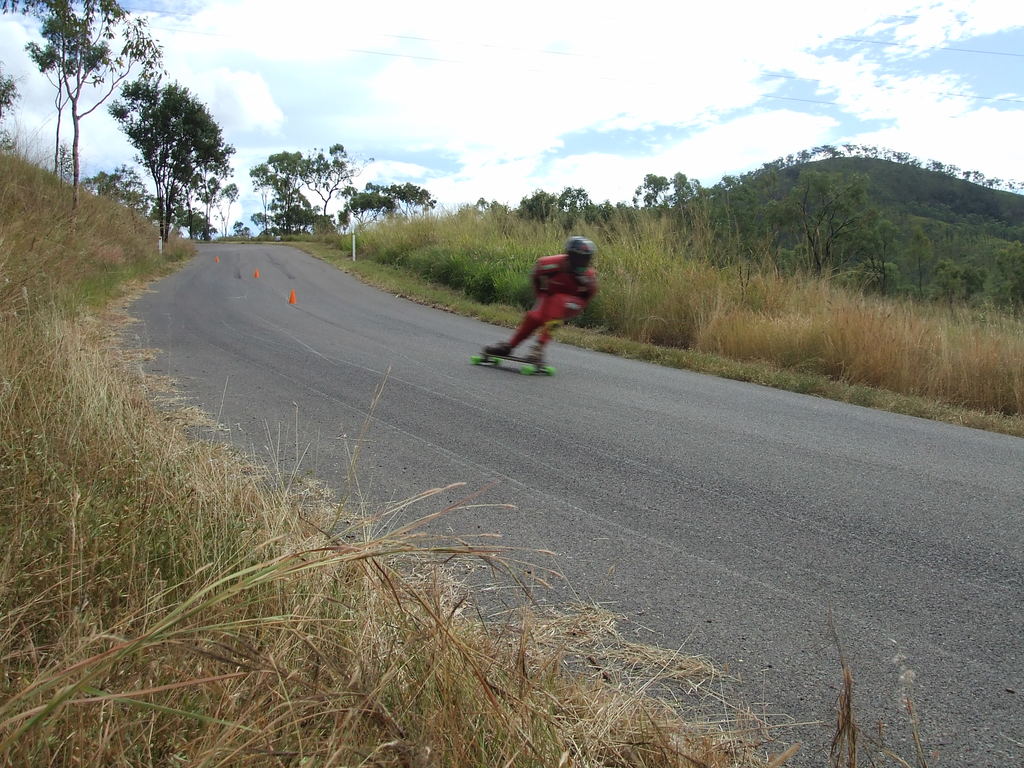 Leeso - too fast for my polaroid camera! 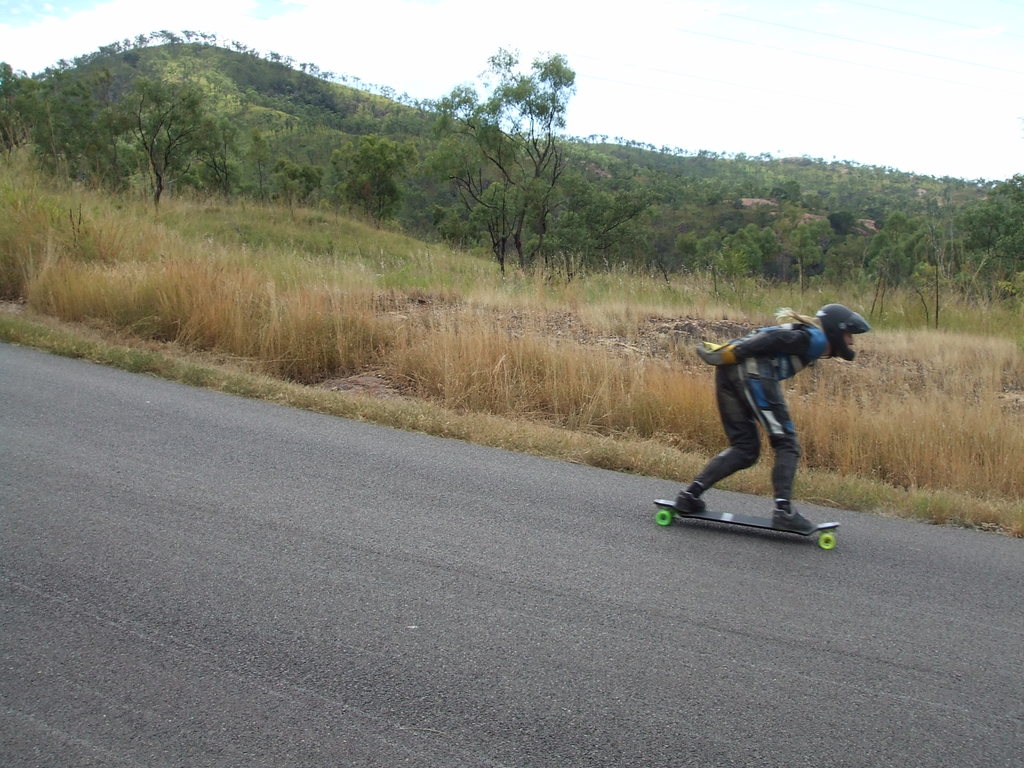 I'm 80% sure this is Jonatan, of the famous Lundmark duo, two of the most styling dudes around. Ask them about tricks they played on girls growing up.


Queensland is pretty rad in a few different ways. Mount Stuart is here. That's very rad. The weather is nicer than Sydney's in May, which is rad. Another rad thing is the subsidies the Qld government provides for things. Have you noticed petrol is cheaper here? Thank your local politician. When in NSW they will charge you for rides in ambulances. Hundreds of dollars. I live next to Manly hospital and I regularly see people walking up the hill with holes in their heads, broken arms, or dragging a broken leg behind them. They would rather hitchhike to the hospital than call an ambulance. While you risk getting picked up by some strange characters, at least it's free! However, in Queensland ambos are free as long as you live in Queensland. A quick-thinking Michaela told the ambos Luca lived in Qld. And when the docs wanted to ask him some questions at the hospital he said "Oh doc, i'm in too much pain to talk." It's like getting arrested kids, keep your mouth shut and it's all good. "Ha ha, one minute i'm laughing, one minute I'm crying." Luca can't figure out whether it's fun or distressing to dislocate your shouder. 
And while we're on the photographic subject of feet and thongs... 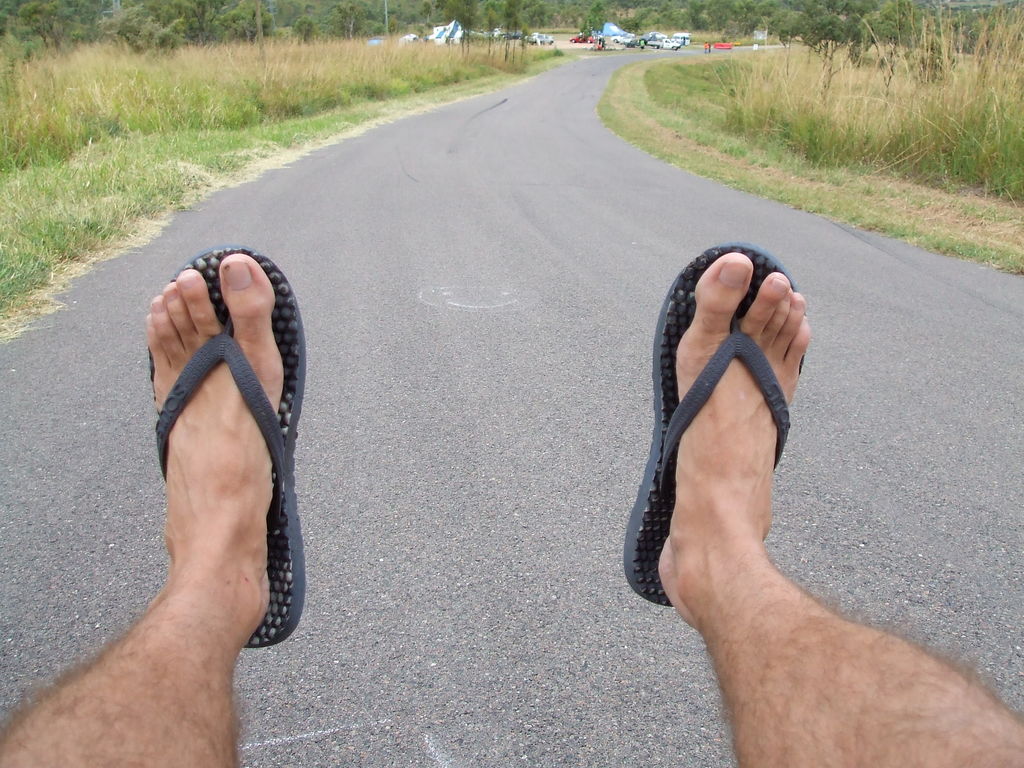 A picture of my luge run. Luging in thongs - an Aussie tradition! 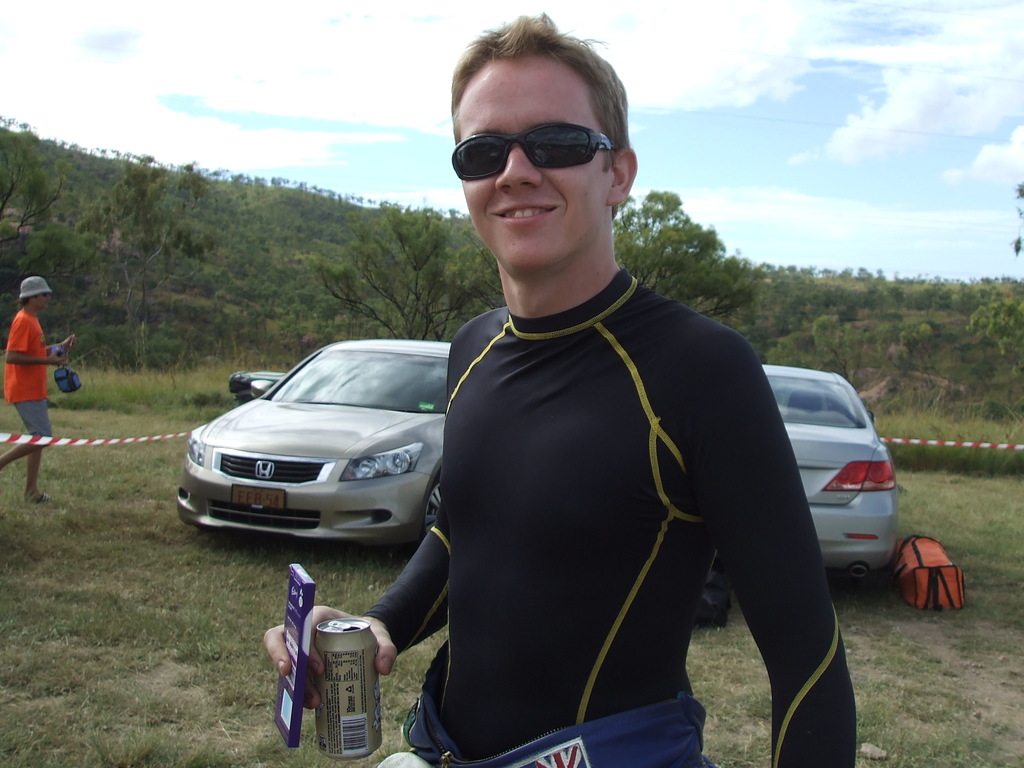 Ash was pretty happy when he found out he beat me in the SGS - bastard!! 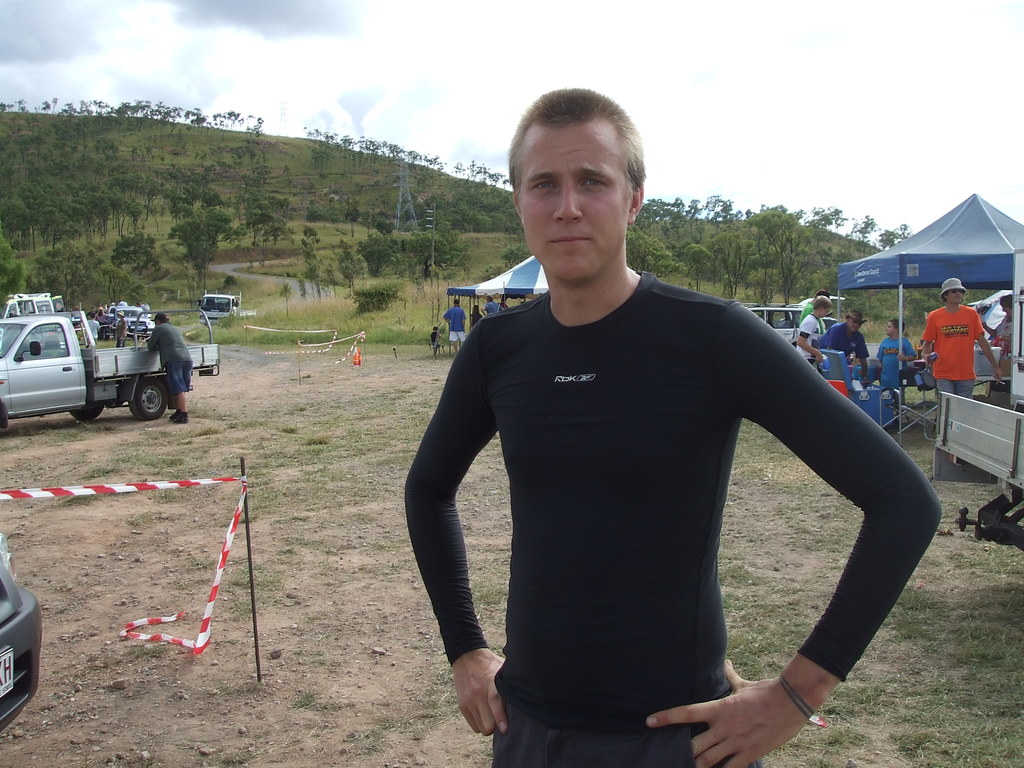 Blackwood looks perplexed. I have absolutely no idea why.


We had our final breakfast this morning in Townsville. It was a pleasant and relaxing affair. We were joined by Cooper and his mum, who is awesome. She reckons Coopers older brother is a wuss cos he doesn't skate. We all agreed of course!! 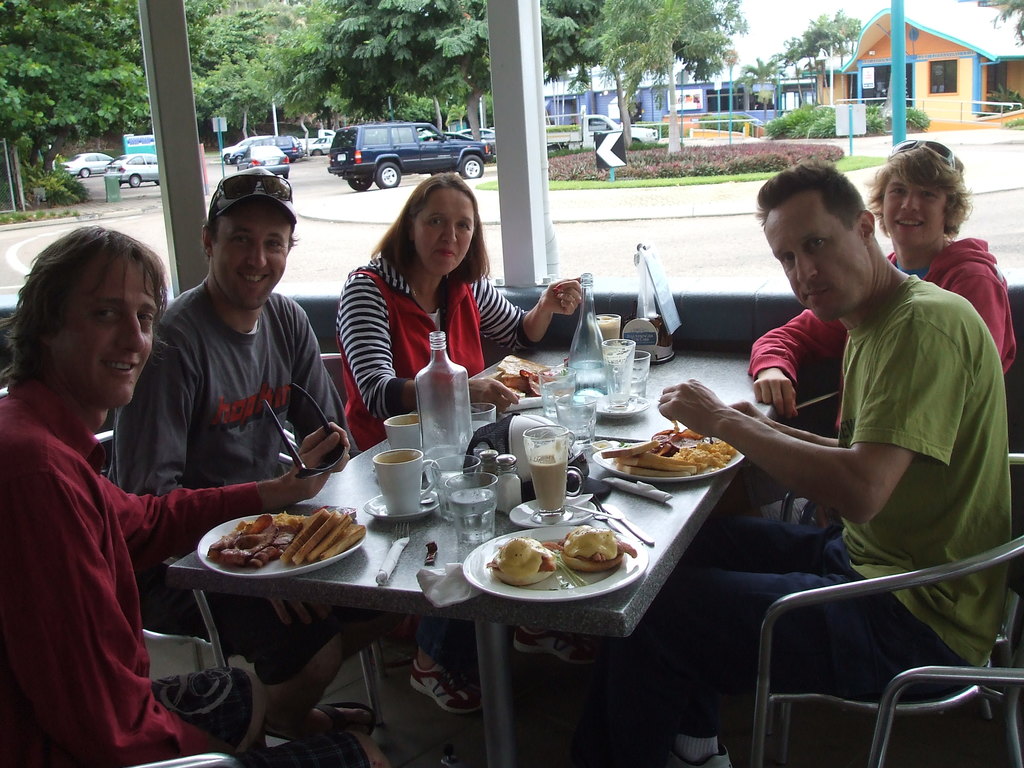 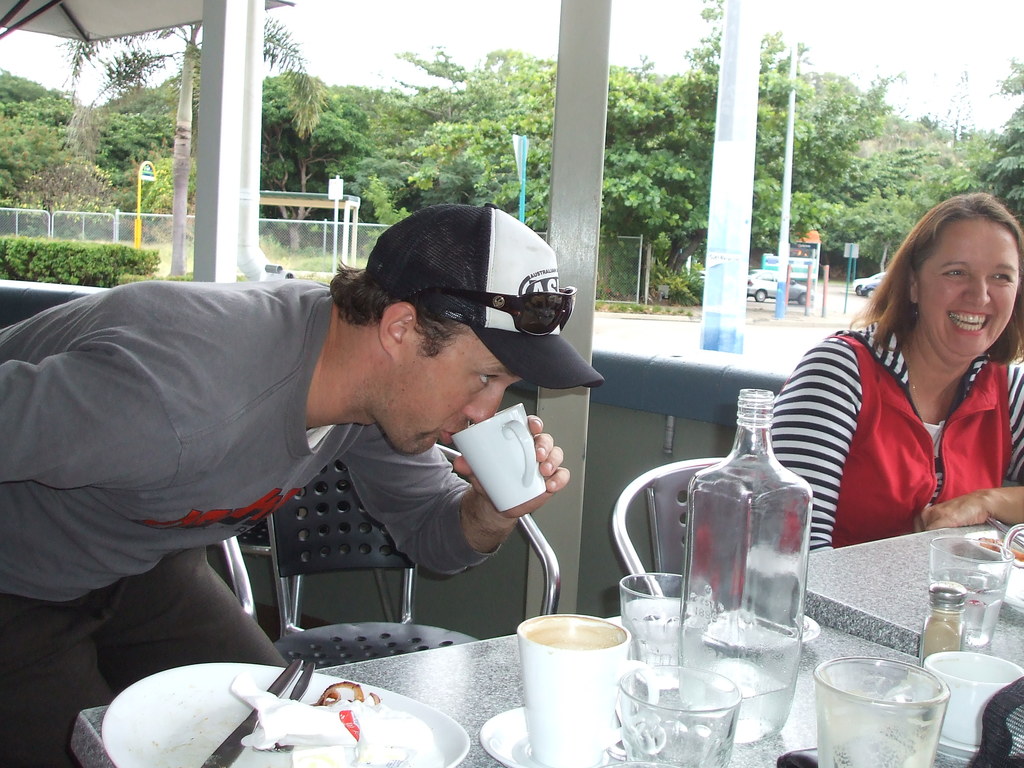 One final T-ville tuck before we head back home - Robbo on a mission for his cupofcoffee!


A big thank you to the organisers of BTB. It was an amazing weekend. All I wanna do right now is go back in time till Saturday morning and do the weekend all over again...


Courtesy of Bugs, the official ASRA keeper of the times, here are the results of the SGS:
SGS Conehead Cup Results

Comment by Ryan 'RY RY' Peterson on May 17, 2010 at 23:47
haha, awesome write up haggy, for today and the past few!
congratz jacko, leeso and daddow on their poduim finishes!

Comment by Shane Madeley on May 18, 2010 at 0:39
Well done Haggy, Your Pics are better than mine, The Event Definately Wins Hands down, Well Done Townsville Crew

Premium Member Comment by Dani on May 18, 2010 at 3:56
Cheers for the write ups Haggy. Always nice to know the happenings. Well done to all.

Premium Member Comment by Ian Coggan on May 18, 2010 at 10:06
hahah jacko how do you spot these things.
excellent eyesight.

Premium Member Comment by Stephen Daddow on May 18, 2010 at 10:18
I am really into the tuck thing and would like to see a lot more of it. Does it work when you go to the toilet ? I hate sitting there, I might tuck on the next drop off....
Great stories and pic's guys....

Comment by Luca Coleman on May 18, 2010 at 10:54
yes I do.....looks like I'm cracking up too...except for I had no Idea what was happening and was in extreme pain....go the green flute!!! Sick write up Hags, had a rad time with all you guys. Everyone was shredding hard!