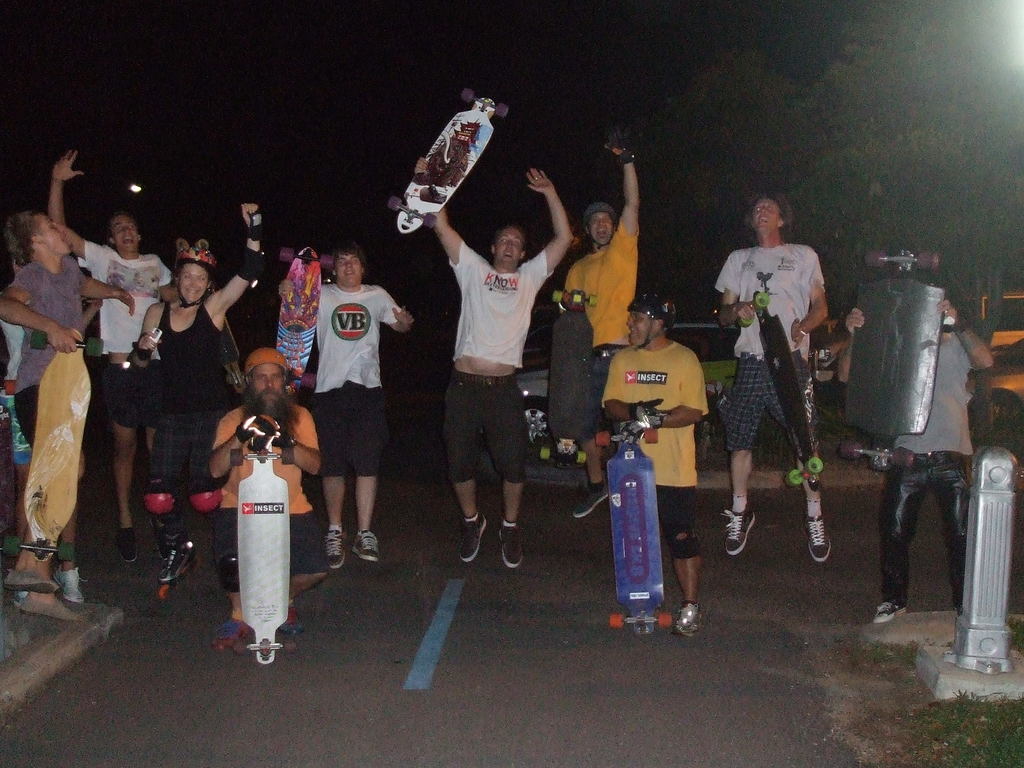 
I flew up with Robbo (aka RobTech, the drop-thru guru and ASRA VP) and Graeme “Kanufi” Akhurst (aka Tony Hawk of the Northern Beaches). Right off the bat the Gods were smiling down on our little heads. We were scooted to the front of the line by a cute Virgin(Air) temptress, who was in awe by our collection of rolling demon skateboards. She said “So, I guess you guys are skaters?” and winked a wicked little wink in Robbo’s direction. Well, hello to you too... The life of the rich and famous, I tell ya. 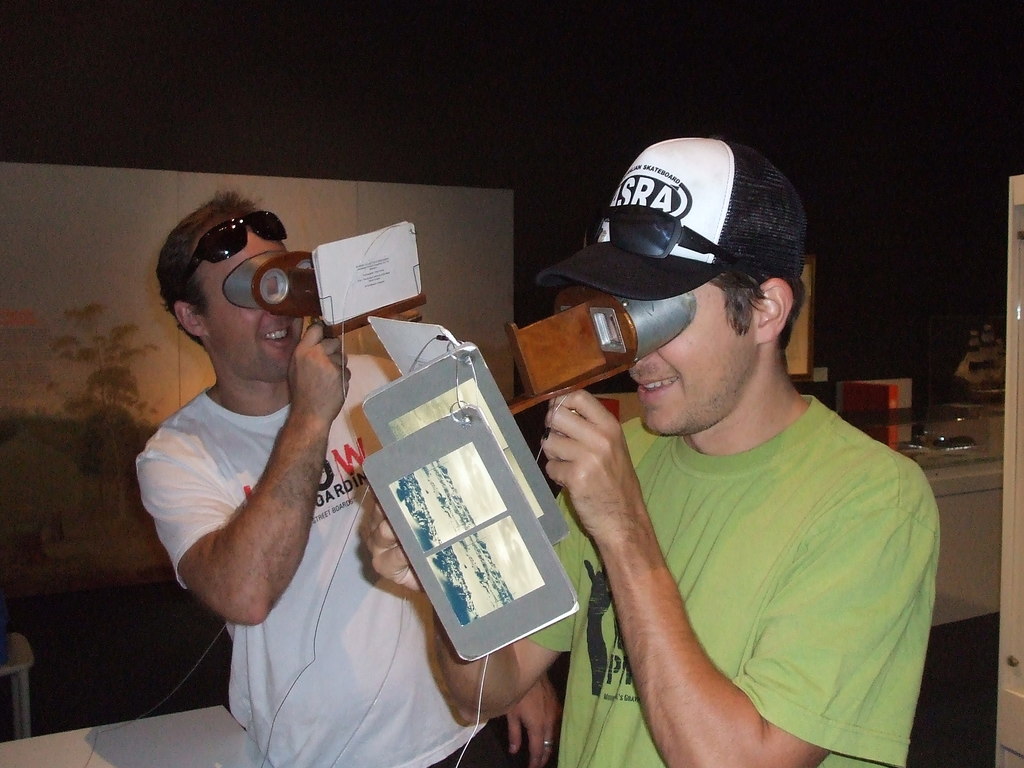 Rich and famous people having fun.


Up here in Northern Queensland its warmer than in Sydney. That is because we are closer to the Equator. I could get into all the geography and physics of exactly how this works, but I figure most you kids reading this will learn all about this in school next year. Whatever you do, don’t believe what Hillsong tells you about Northerners being more sinful and closer to hell and that’s why it’s hotter and all that. They are not any less virtuous up here that we are in Sydney. They just enjoy a closer relationship to the sun.


Anyways, enough religo-physics-mysticism for now. Our first stop on our little Townsville adventure was Cre8ive Sk8. Run by the indefatigable and legendary Adrian “Ado” Alderson. 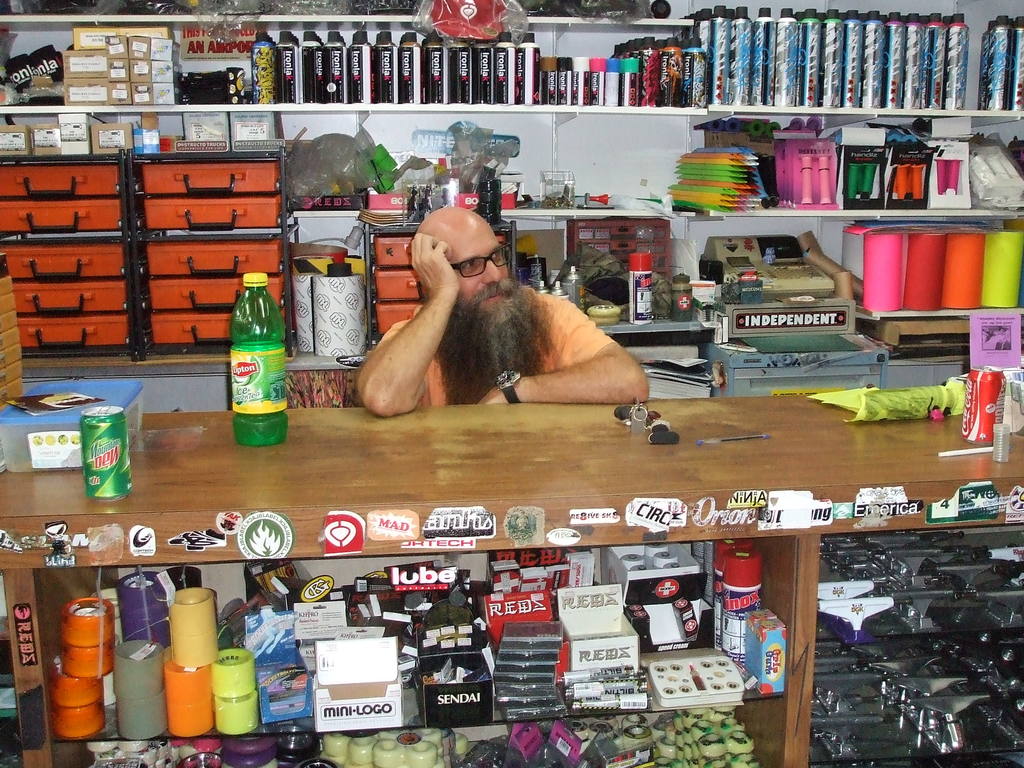 
You can’t miss this guy, cos he has a beard long enough to tickle his toes. Ado is living evidence of the laws of gravity. His hair all dropped through his head to his beard. It's the ultimate gravity sport. Anyway, after trying really hard to sell us some top-of-the-line scooter gear (“With this extra $160 handle, whip whips will be easy as piss” Ado claimed), we headed off to the famous crumbed steak joint. Robbo was happy. He said it was the best crumbed steak he’d ever had, almost as good as the one he had during BTB1. A man and his crumbed steak...


Townsville has its fair share of mad inventors. In fact, the town was originally founded by nudists. I’m not sure what they invented. I guess the concept of not wearing clothes. I was nervous when we visited one of ASRA’s favourite mad inventors – Paul of Norfin – because I heard he grew up here and thought he might be a nudist. But to our relief he was wearing clothes, and making some incredible skateboards. 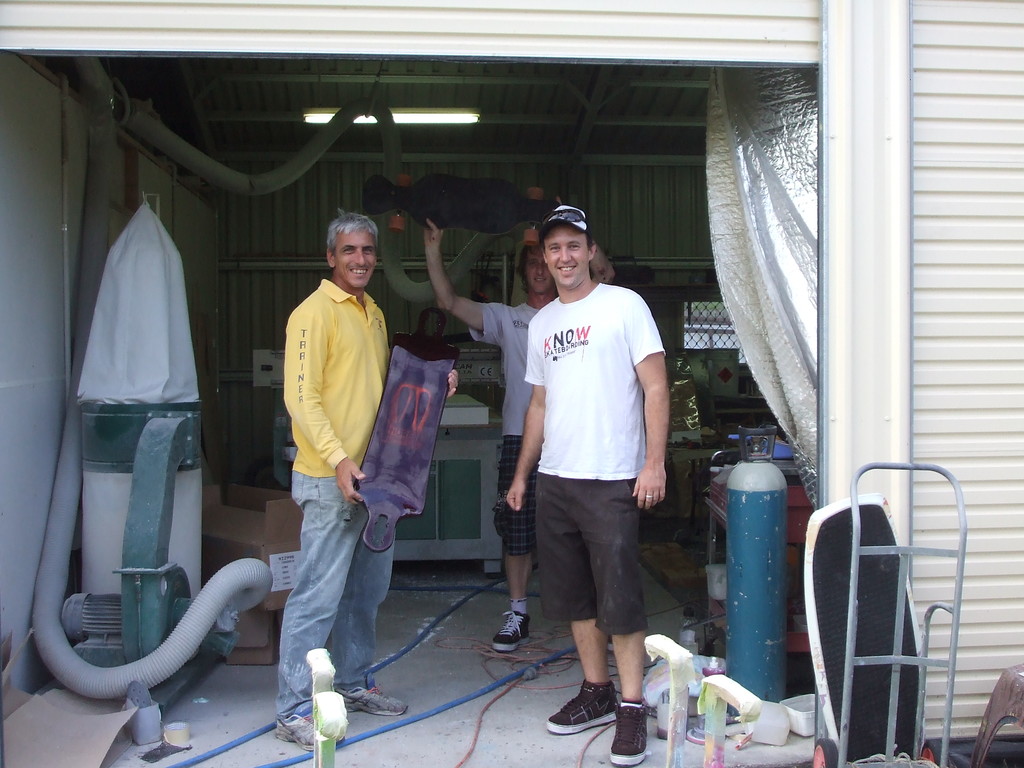 
Next stop: we met up with the Townsville crew on the Strand boardwalk for a mellow evening cruise. They are very serious here about warming up before any physical exercise. There are even signs that show you how to do it. 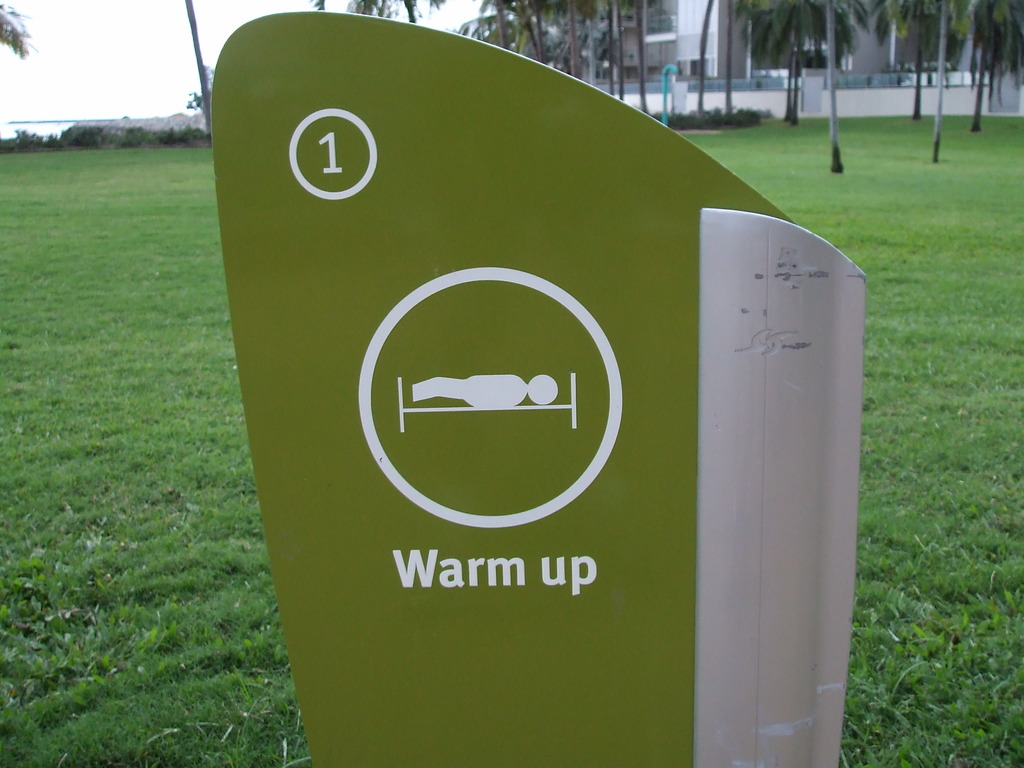 So, a mellow evening roll. Well, it was mellow until these three hooligans on skateboards started chasing me. They were yelling things like “Get out of town loser!” and “You suck bozo!”. I’m not sure what the deal was, but luckily I was on my rollerblades so I was just totally too fast for them! I rock! 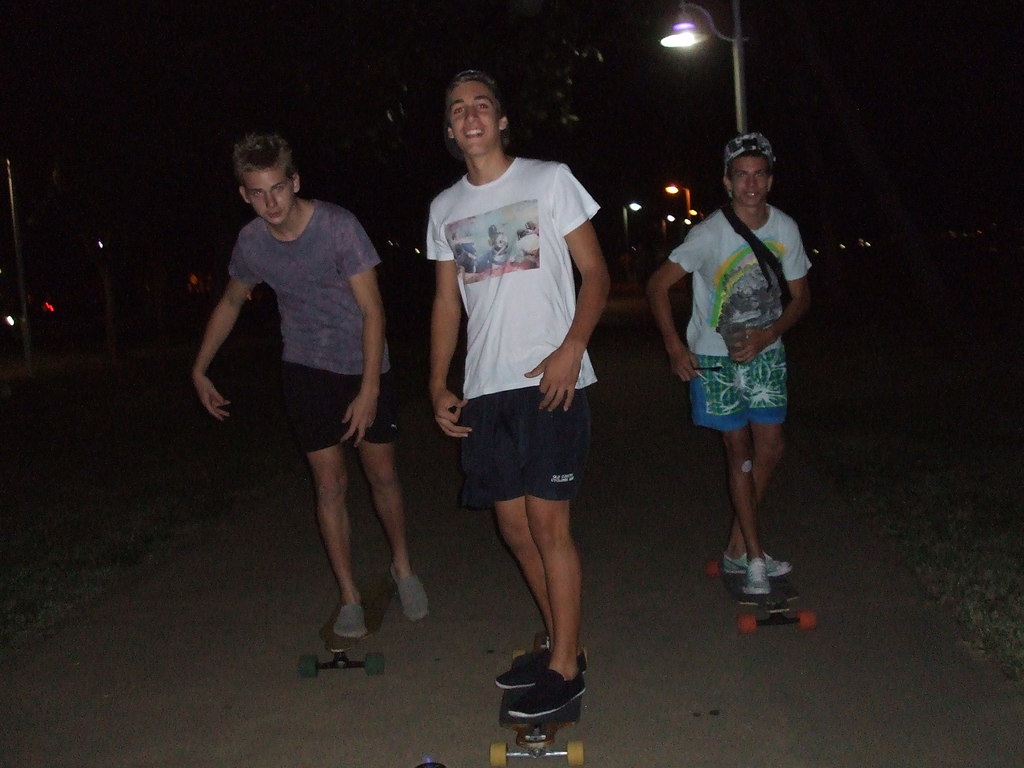 
Meanwhile, Kanufi thought since he is in Townsville, it must be downhill time - everywhere. We tried to tell him tucking on the flat won't do much, but he insists he is very fast as soon as he tucks. 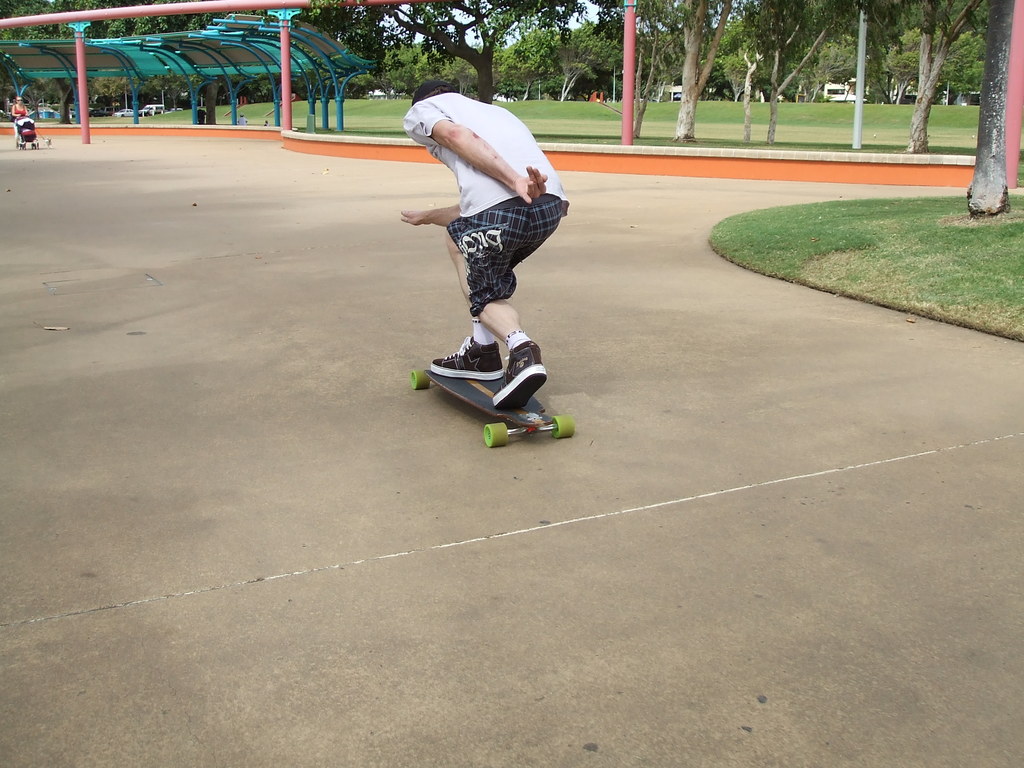 
After our skate we were sweaty and decided to head to one of Townsville’s secret awesome spots. The public baths on Sweat St. This is a little known gem up here, where people seem to spend most of their time walking around sweating when they aren’t drinking beer. Of course we were no exception and headed down to Sweat St for a clean up. And you wouldn’t believe who we ran into – the one and only Pip Shapiera! 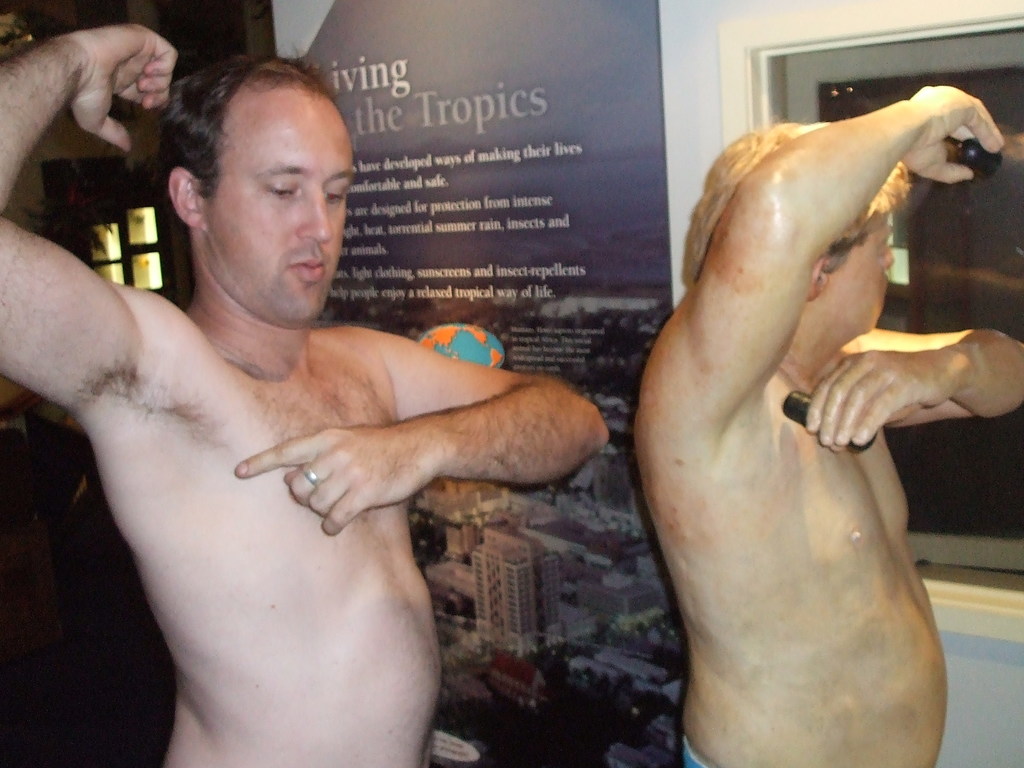 G’day Pip. Here he is giving Robbo a lesson in deodorant application. A very important tradition here in the hot n heavy tropics. 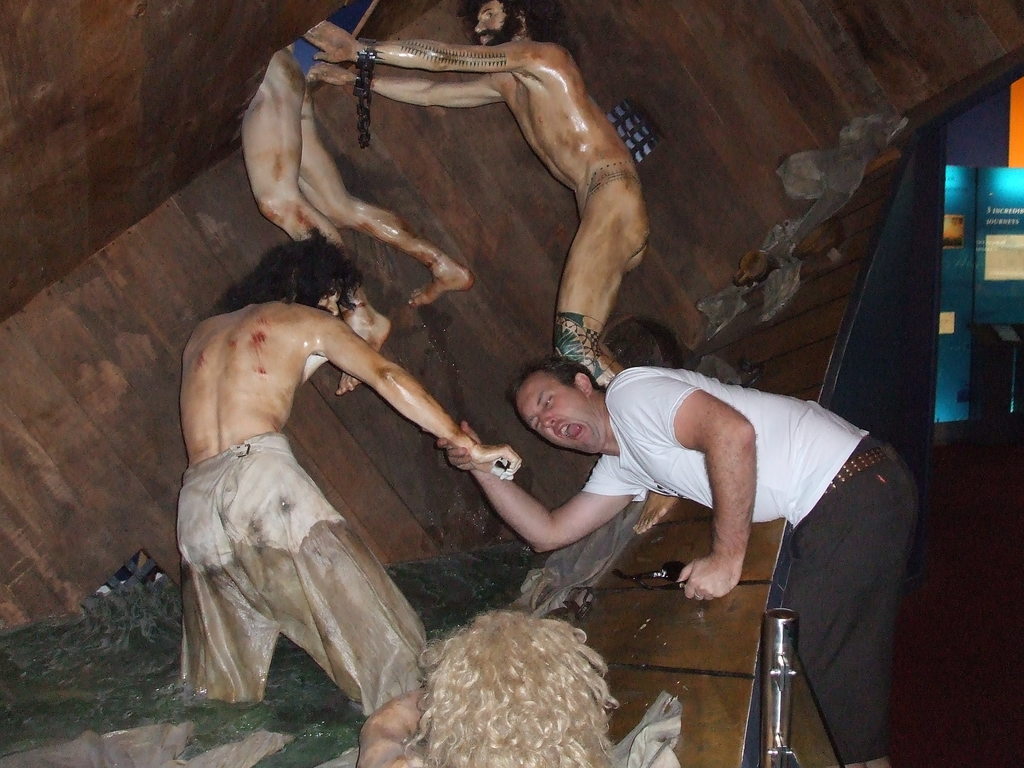 Robbo makes friends in the bathhouse.


And that’s all for now folks. Just one more thing. While in Townsville, it is strictly prohibited to dance with jellyfish!, 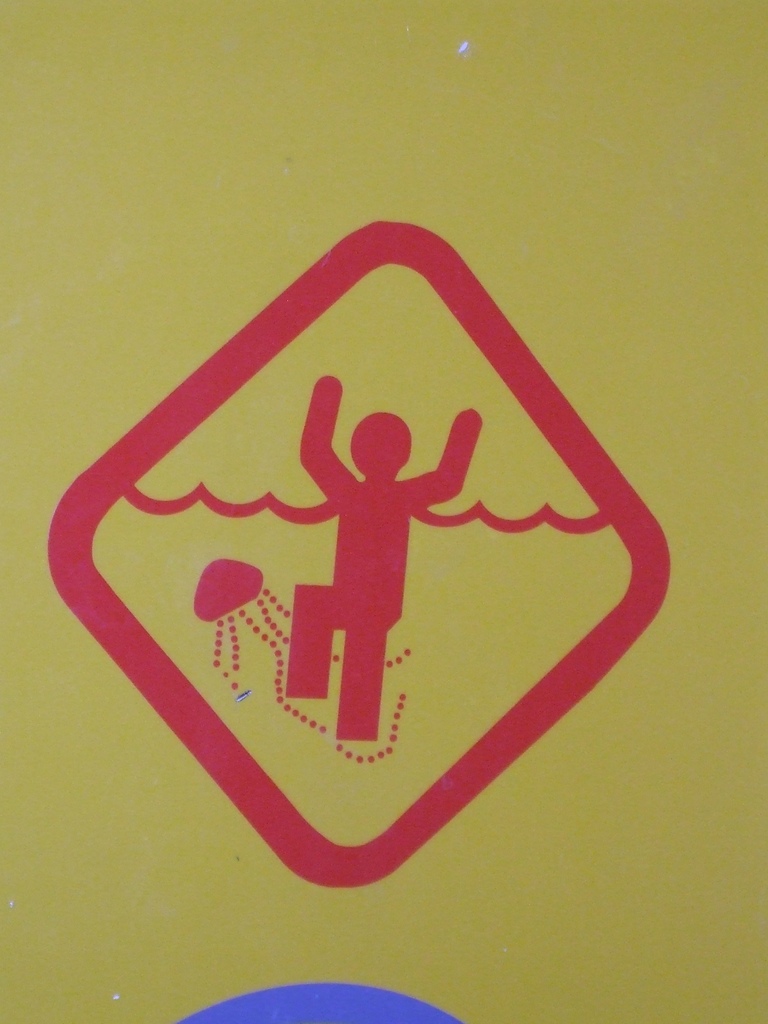 Premium Member Comment by Bullet Man on May 13, 2010 at 15:09
Anyone need plane tickets to/from BTB?? I got cheap ones 100 smackers return from brisbane