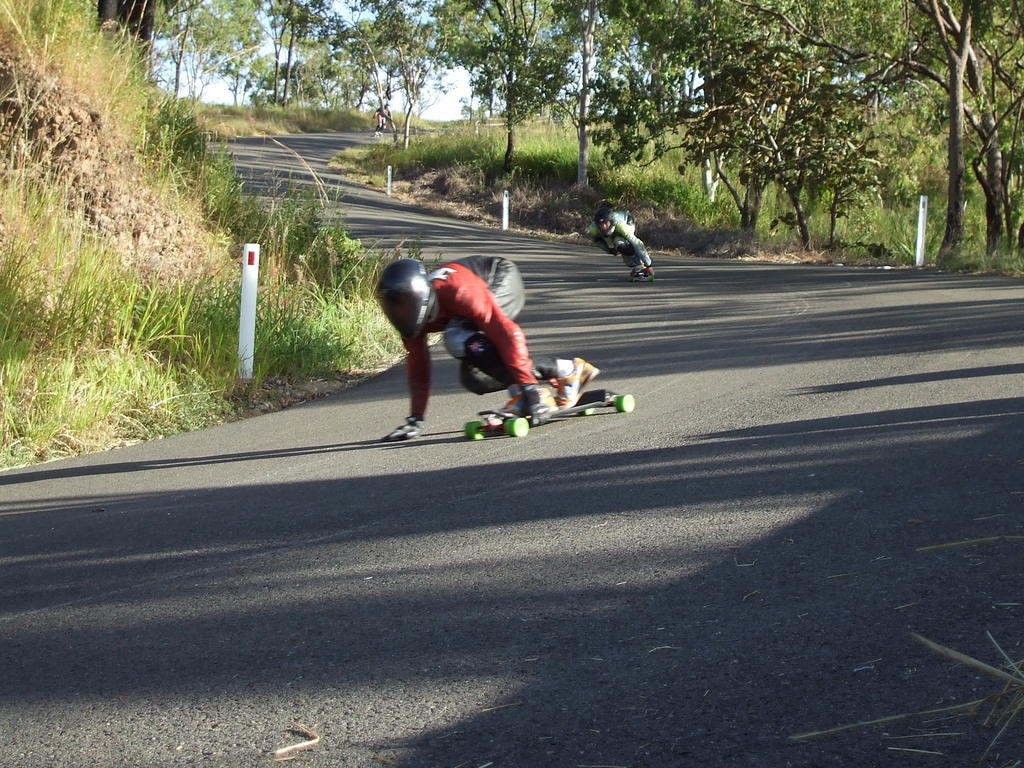 Welcome to Mt Stuart! If you weren't here, well, you missed something special. It was nuts. In fact, it was so nuts my first run my gonads were firmly planted in my neck. It took a quick visit to the first aid tent and a friendly hand from from a friendly local to massage my babies back down to their normal spot well below my belly button. Thanks friendly local! You saved my last name from extinction.


And although this was quite an event, surely the most striking event of the day was the collision between man and beast. On the the first run of the day a sleepy kangaroo was caught in Steve Daddow's afro-studded headlights! Holy crap, it was insane. Dadbro almost got himself a new set of leathers, but fortunately both kangaroo and skater walked away lives intact and one memory richer of a close encounter with another species. 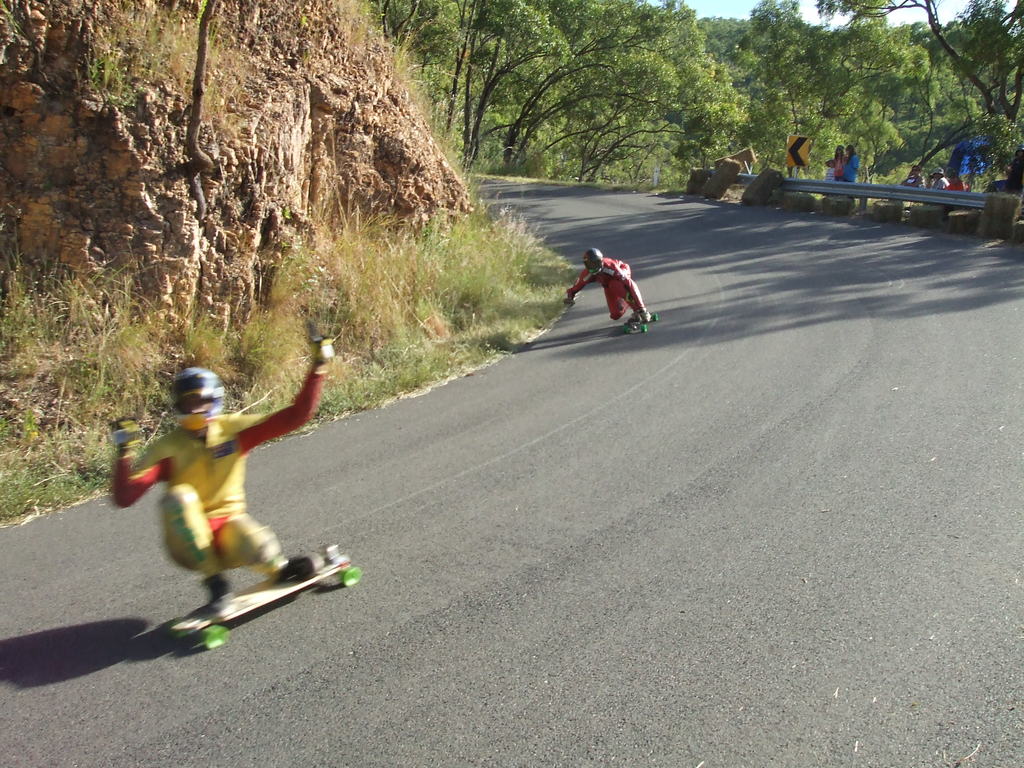 On the left is Daddow, arms raised in fright, freaking out about the kangaroo which is just off camera. Kangaroo - 1. Skater - 0. Are the boys thirsty for Red Bull cans or cans of another variety...? 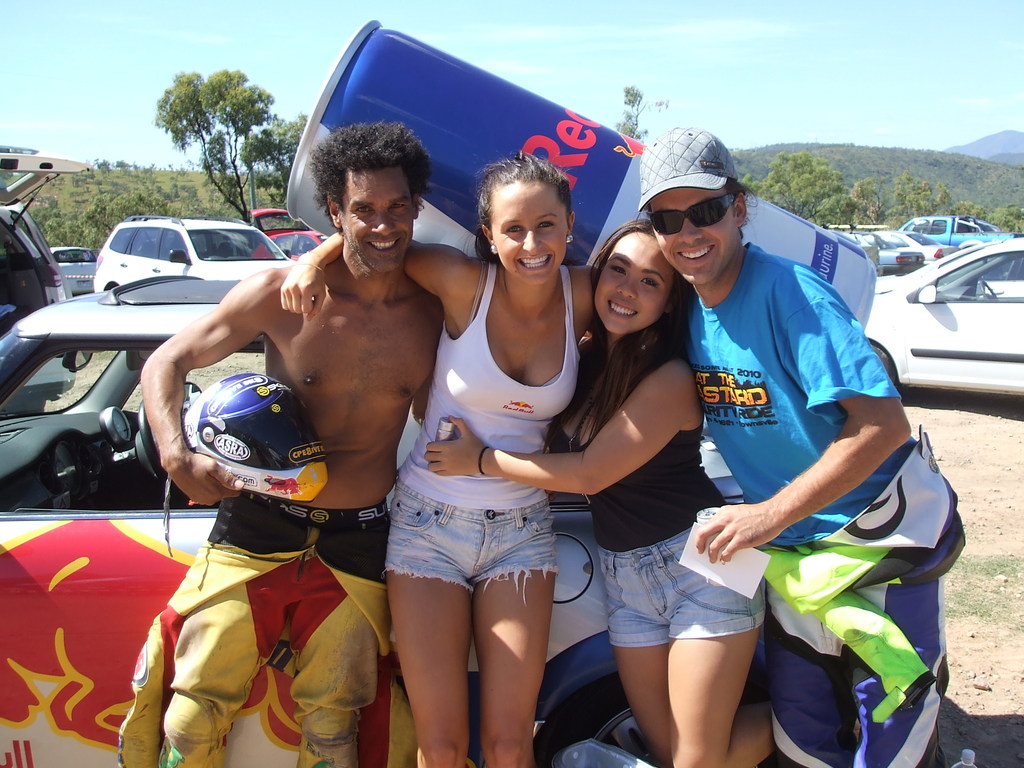 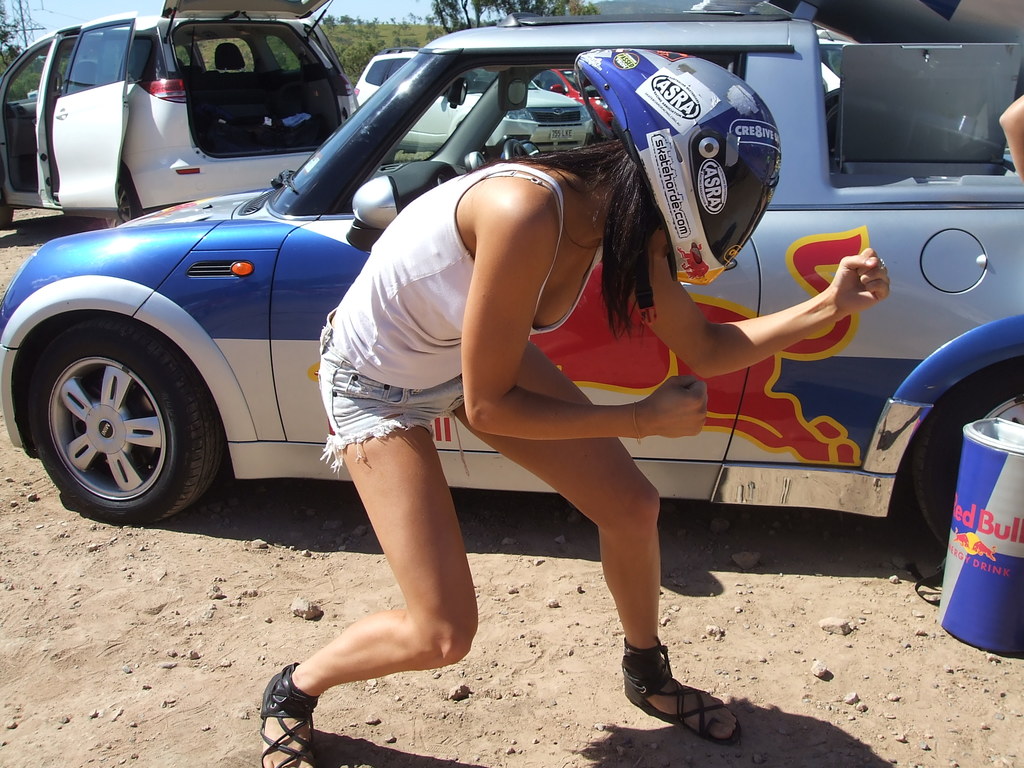 Special guest appearance - Pamela Anderson. As soon as she got in a tuck the distribution of Red Bulls ramped up in a dramatic fashion.


In fact as soon as Pamela got into a tuck, Red Bull cans were flying through the air. It was mayhem. Having been prohibited from drinking this energy grog on doctor's orders, the groms were frothing. The organisers literally had to tear the cans out of their hands. But I reckon kids these days are immune to energy drinks. Joe Brown confirmed my suspicions, noting that he can drink a big can of energy drink just before going to bed, no problem. If I did that I would have nightmares of pre-Metallica Hetfield, dancing around in gold tights under a ceiling full of disco balls. 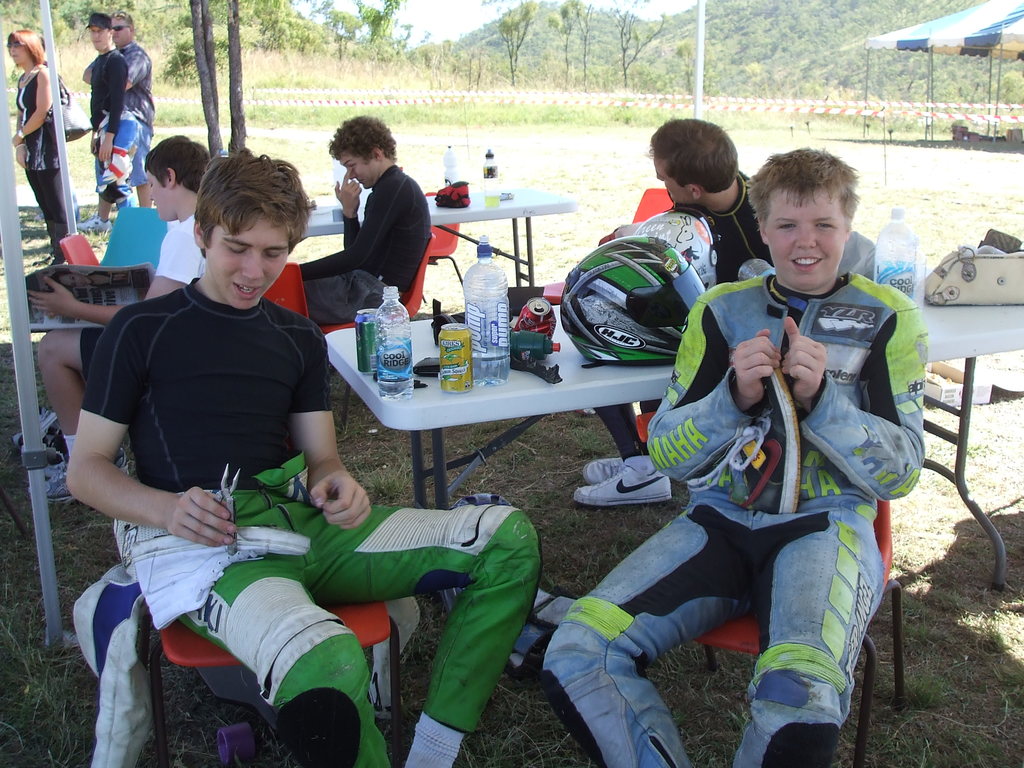 Groms, pumped up on a few sneaky cans of RB.


The boys were all riding really safe. Big kudos to everyone. We all remembered rules no 1 and no 3 of BTB - No Racing! Well, everyone except JackoPacko. He decided to take Norfin's new beauty for a bit of off-roading. Dude, it's made for road-riding, not off-road riding! A new rule needs to be added - no off-roading. The result of that excursion? Check out that gouge in the photo below. Oh well. 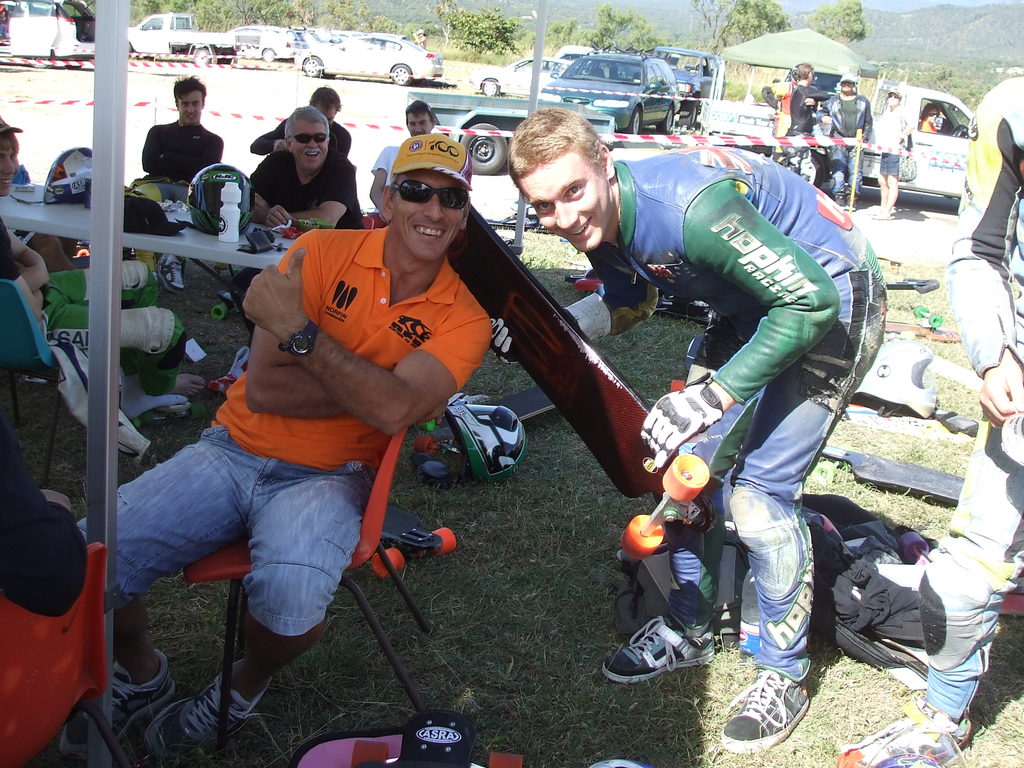 Paul braves a smile but is crying on the inside. Leeso counts to eight. Amazing, you are smart! Tomorrow I expect you to count to ten.

Ok - put your hands together for downhill photos!! 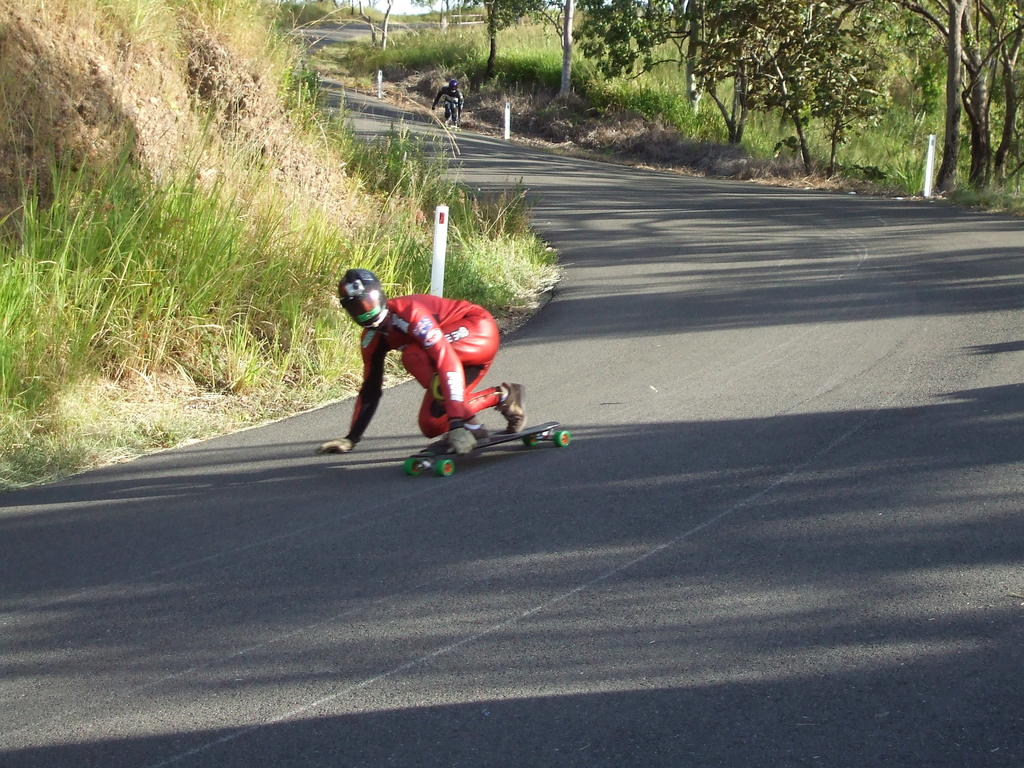 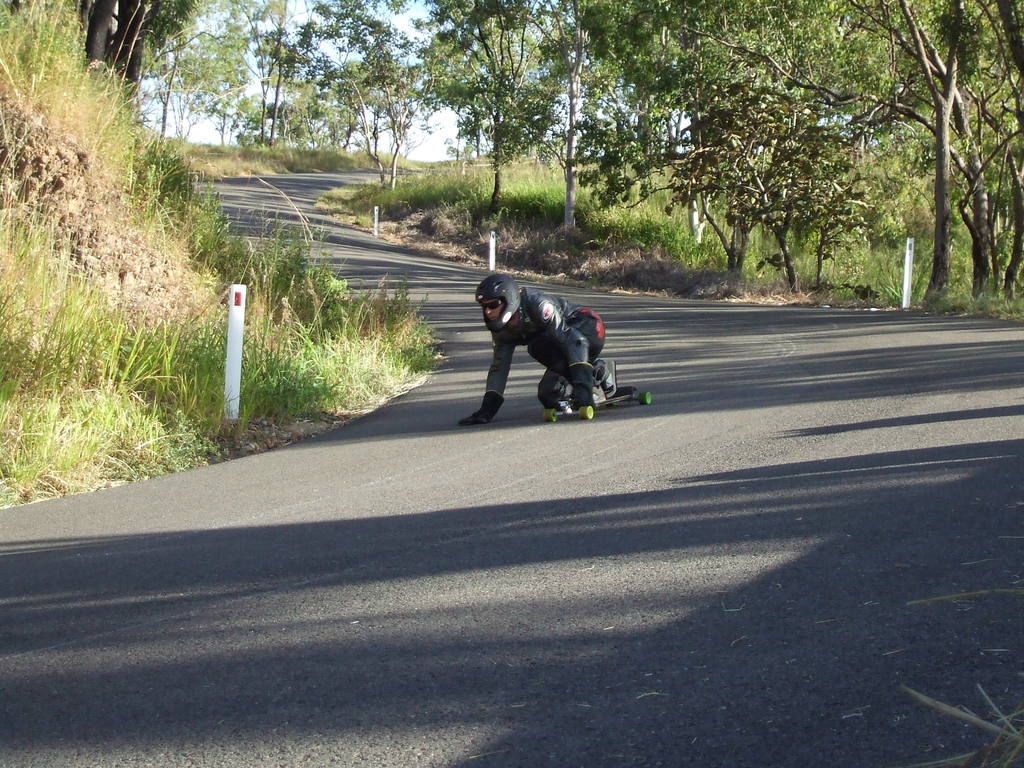 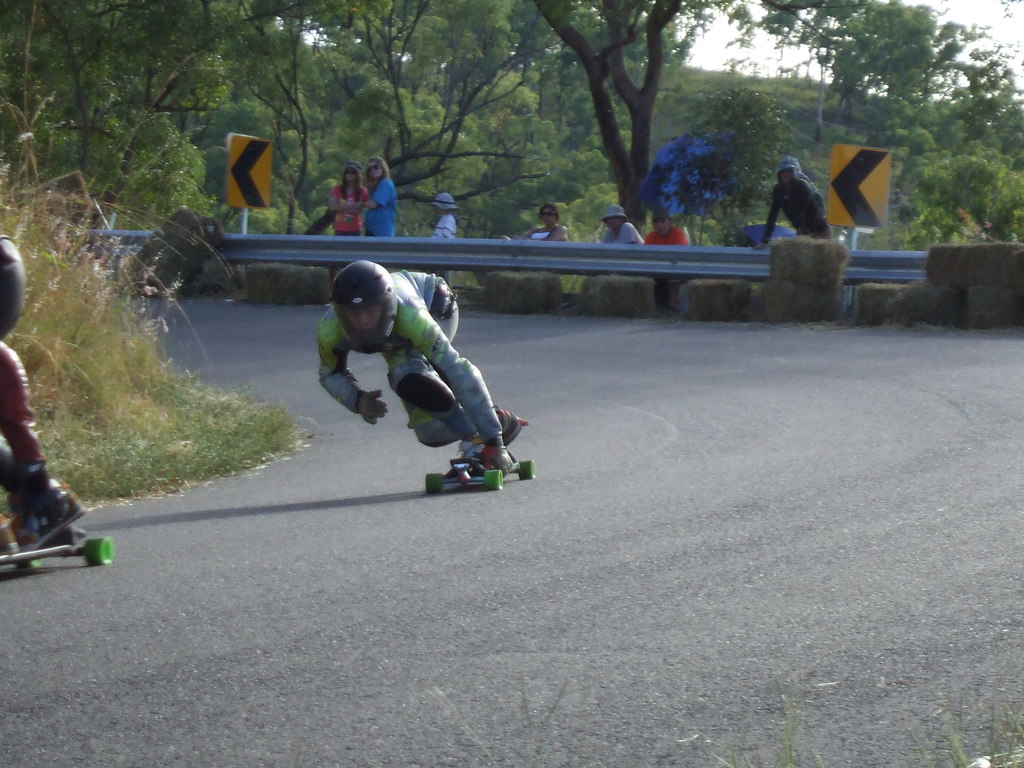 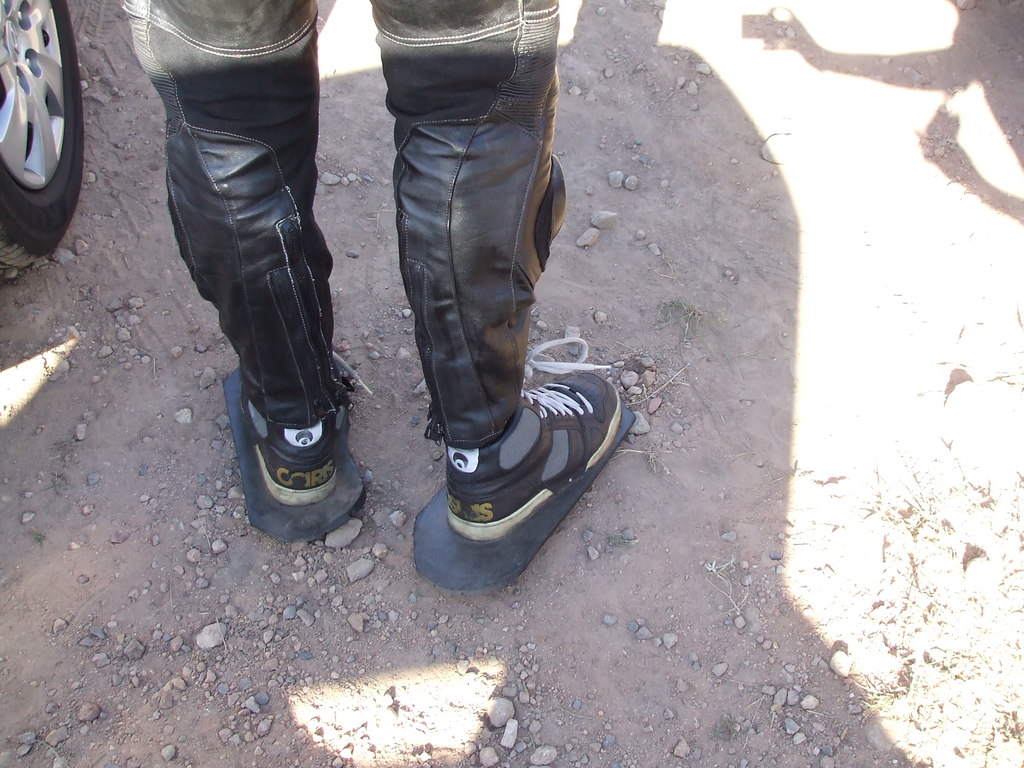 These are footbrakes and flippers, all at the same time! Straight from the hill to the reef...! Downhill cattle one the way to the meat market. 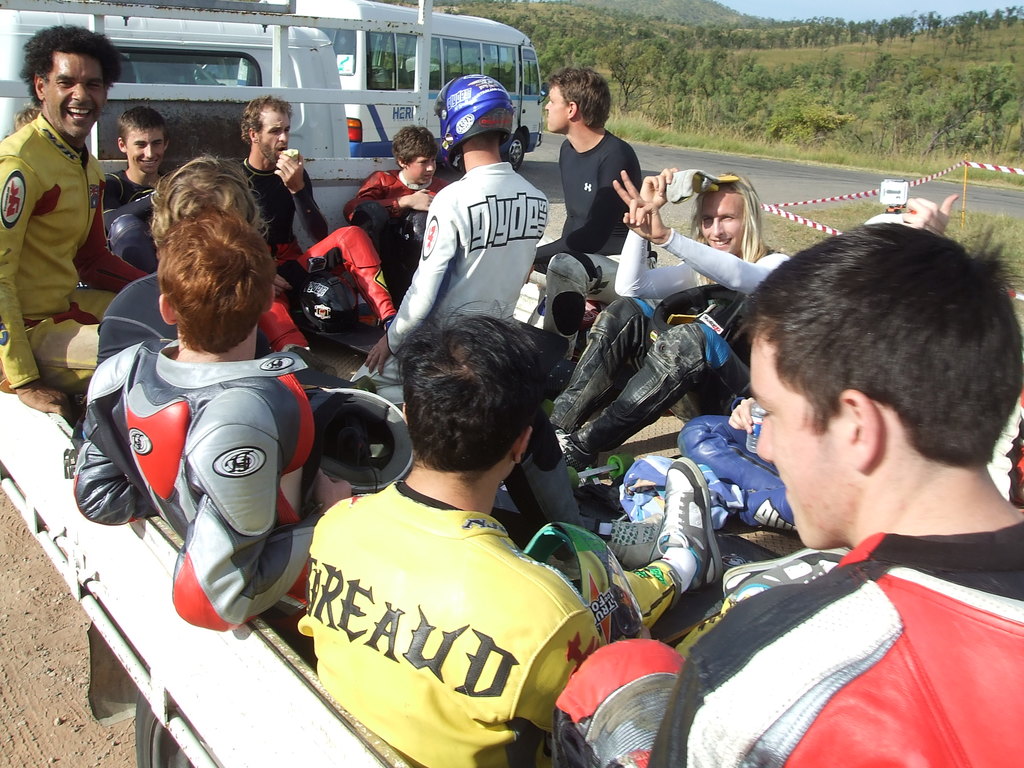 I'm really into parallel lines. They are so pleasing to the eye. I used to walk along train tracks just to enjoy the vision of perfectly parallel tracks. You should try it some time. But be careful, sometimes trains will come. They will toot loudly but if you aren't paying attention and are in mid-daydream you may just file that toot away in your brain as the sound of a thought, not a train barrelling down at you. If you are still unsure if a train is coming, put your ear on the tracks. They do this in old western movies. I'm not sure what purpose it serves, but it's always the smart cowboys that do it so it must be a good idea. Just do it! 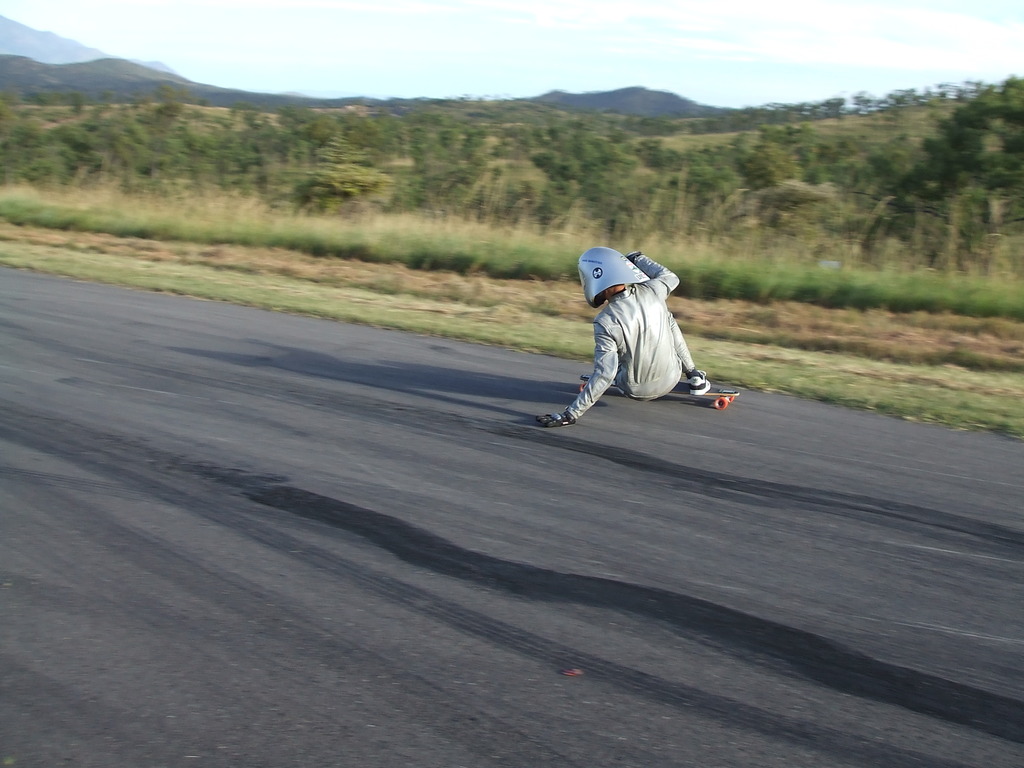 
Goodnight folks. I need to catch some z's cos tomorrow we are back on the mount for round 2. There will be more freeriding and a SuperG. It will be fantastic... 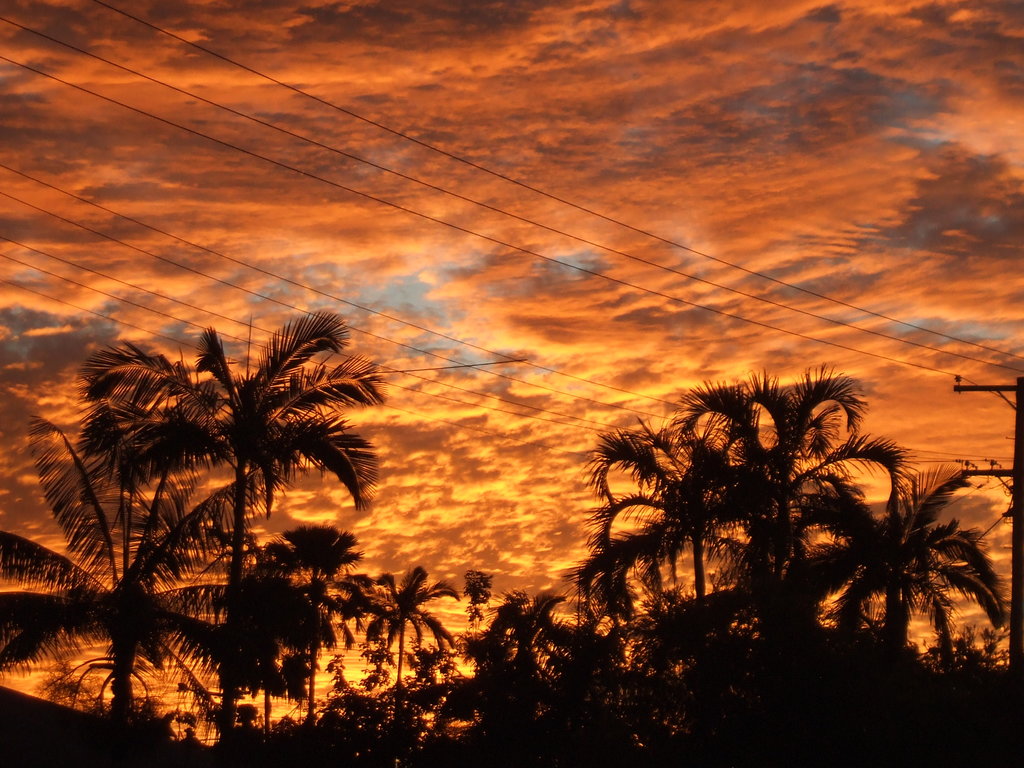 Comment by EARLY SKATEBOARDS on May 16, 2010 at 22:34
would have been sick to roll that shit again this year. Although the barrels i got out the front this afternoon makes up for it :)