Everybody who stands at the top of Mt. Panorama has butterflies before pushing themselves towards the drop-off where the esses lie hidden and waiting. For Ching-Ling Ho it will be her first race, and with only a year-and-a-half of skate experience and confined to the flatlands of Melbourne, Ching could be excused for having more butterflies than most.

We chewed the fat with Ching to find out where's coming from and where she's going. 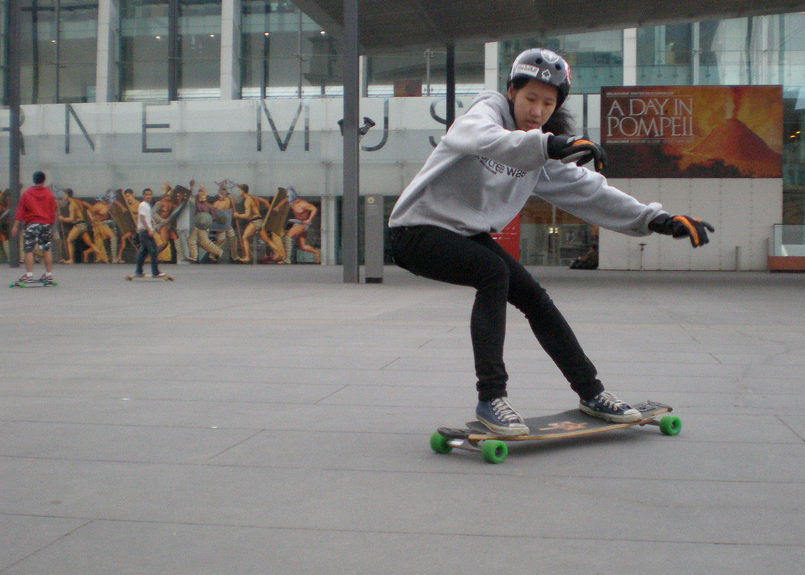 Everything you say will be used against you in a court of law...

3. Melbourne's flat. Where do you ride?

That's a secret!! I'm sure you'd understand :) It is pretty hard to find good places to ride downhill since the scene just started to grow this year as far as I know. So it's pretty much up to us to find good places to ride. Most of us are still students so we rely on public transport to bring us around which makes it even harder. It's tough being a downhill skater in Melbourne :)

4. How long have you been riding for, and do you skate other styles?

I've been riding about a year and a half. Started out with just commuting to school. Tried doing that whole dancing thing but it wasn't my thing. I do a lot of carpark skating and that was what really drove me into downhill. The need for speed!

5. What do your parents say about your skating?

They never really approved of it even as a kid with my little skateboard. Ever since my wrist injury last year they've taken a more "Don't ask don't tell" approach to it.

Haha not a lot of gnarly roads in Melbourne. But I'd have to say Inverness Road. It was my first time going downhill and I had some soft bushings on. Perfect setup considering the road has an average gradient of 10-15%. I was falling all over the place. Haven't been back there yet though hopefully it's not as gnarly as I remembered. 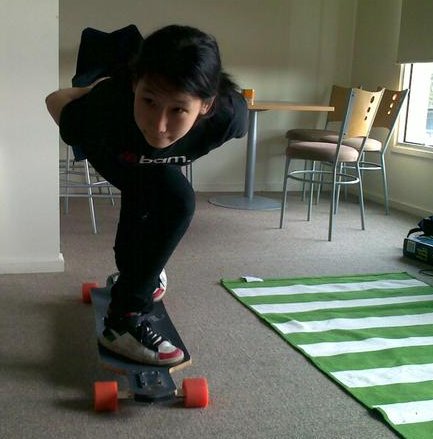 7. You'll probably have less experience than most other riders at Newtons. What's your plan of attack?

You know, I haven't really thought about it until you asked. I'll definitely be surprised if I kept up with the top riders out there but I'll do my best. My aim really is to just finish the course in one piece :)

It's definitely will have grown a lot more (if that's even possible!). There are so many kids picking up downhill skating and a lot of new talent emerging. Definitely expect to see a lot more people starting to race. Hopefully more girls will pick it up too!

To win Newtons!!! Haha but in all seriousness, one of my skating ambitions is definitely to get the Melbourne and Malaysian downhill scene growing. Hopefully hold some races there. Malaysia has so many good ride-able hills it'd be such a waste to just let the cars on them.

I would like to thank myself and my hard earned money working behind a counter selling cookies. And my parents for sending me to study here (otherwise I would never have picked up longboarding!). 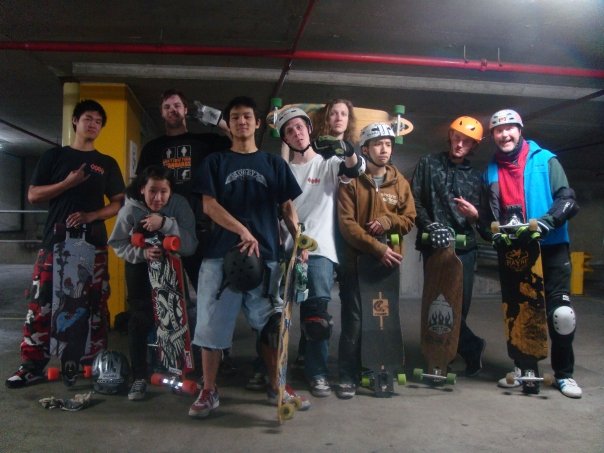 Ching with the Melbourne crew

Premium Member Comment by Lea Robbo on November 15, 2009 at 12:10
Yay Ching...Awesome to see an Aussie girl giving the mountain a go!

Comment by Typhoon on November 15, 2009 at 15:16
Good luck on the mountain Ching and see you up there,the gbike crew from sa say go girl