Putting on a big event like newton's Playground is only possible with the help of our sponsors. Most of these businesses have been part of building the downhill and racing scene in Australia from the start and now continue to contribute cash and time to make the big events possible. We also have some new partners that see the same potential that we do in building a series of big downhill events in Australia and have taken this opportunity to jump on board. These people have helped us enormously in putting on this years event and deserve as much exposure and support that ASRA and the whole racing scene in Australia can provide. The ASRA committee for Newton's Playground would like to proudly announce the sponsors for this years IGSA World Championships.

For many years now Ado at Cre8ive Sk8 has been a major supporter of the racing scene in Australia. Whether its slalom, Downhill, luge or inline Ado has always been the first guy to jump in and make a very considerable contribution to getting races off the ground. Cre8ive sk8 has also been an enormous help in getting a number of Australian riders onto the world tour by providing sponsorship and other assistance For the last 10 years Ado has been the go to man for everything in high end precision race gear. Cre8ive is unrivaled in the world for its range of rare and precision decks and trucks. Because of the products that Ado provides we can get our race gear in 48hrs instead of 6 weeks. If your new to the scene his advice about equipment and setups is second to none.

James Hopkin of Hopkin Racing has been a major supporter of ASRA for a number of years now. Along with Ado he has been a major importer of high end racing gear and has put an enormous amount of personal time into helping develop ASRA as a relevant professional association. Many racing events would not have got off the ground without Hopkin Racing's support. As a member of the Newton's Playground organising committee Hop has been an integral part of developing this event over the last 3 years and given a huge amount of his personal time and financial support to develop skateboard racing as a genuine product in this country. Hopkin Racing has sponsored a number of up and coming Australian riders on the World Tour that have gone onto big things including taking Jackson Shapeira as a young 17 year old and giving him the chance to develop into the top ten rider he is today. Hopkin Racing is an innovative skate store that continues to offer great downhill, longboard and slalom gear to the new generation of Australian riders. 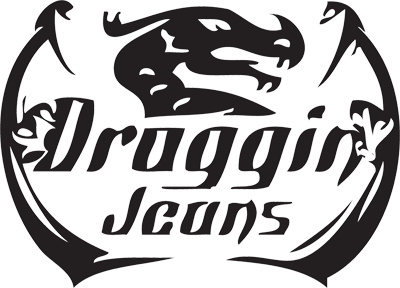 Draggin Jeans is relatively new to the racing scene in Australia but has seen the potential the sport has to offer. Draggin jeans offer an innovative product that has been used by many of Australia's top riders. Draggin makes Kevlar freeriding jeans that could be the killer product for racers throughout Australia and the world. They are the only casual motorcycle brand in the World to have EVER passed the CE Tests for Abrasion, Burst and Tear resistance. 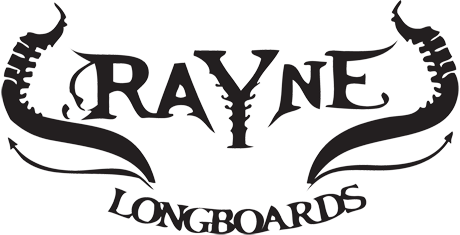 Rayne Longboards was the first skate manufacturer to jump on board and sponsor Newton's Playground. Rayne is a brand that creates incredible downhill and freeride boards and is always at the cutting edge of innovation and design in this industry. A large number of the world's top riders use Rayne boards including Australia's Jackson Shapeira who is a team rider for Rayne Longboards.

When most people think of Downhill boards they think of landyatchz, this is a company with a rich history that has driven the downhill scene worldwide for a number of years now and continues to deliver quality boards and top riders.

Skillset was a major category sponsor of last years event and continues their partnership with Newton's Playground 09. Skillset is one of Australia's largest group training companies and offers a full range of services to growing Australian enterprises and businesses.

Pete Hill and Ash at Glyde were one of the first young companies to offer support for Newton's 09. Glyde has shown over the last year that an Australian board maker can compete with the best in the world through innovative design. This is a brand that has a big future in the sport.

If you have ridden a classic luge in Australia over the last 5 years it is likely you were riding a Sparks Buttboard. When you ride an Adam Sparks buttboard you know your riding a quality Australian made product that won't fail you at 110km/h.

After a long hiatus Early Skateboards Australia is back with an awesome new range of boards and wheels that have been ridden and tested by the best. This is another great Australian board maker that you will see a lot of in the near future

Comment by Robbo on October 22, 2009 at 21:28
It cost $90 for a punter to get in to watch last year. I made up the flyer to inform the punters, I figured you already new about the event Bowditch

And we cannot thank our sponsors enough. Without them Newton's 09 would not be happening.

So everyone - shoot some business their way!

Comment by Elliot O on October 22, 2009 at 22:29
are any posters available?
like could i have one please?
worth asking

Comment by Aych on October 22, 2009 at 22:33
though hidden away, was Hank's Place Australia not considered a minor sponsor with the sports therapy package, with a percentage going to ASRA?

Premium Member Comment by Fitz on October 22, 2009 at 22:34
Perhaps make the Hi-Res image available so people can print it themselves to spread the word or one for themself.