No Bastardry, Plenty of Beatings And beatings were the order of the weekend as all riders took some hits on a road that challenged everybody. It started with a high-speed section leading into a right-hander with shiny new Armco just waiting to tear up bodies. It then transitioned into a mellow section that lead into a tight left-hander, a short steep straight and then another shiny Armco-ed right-hander. From there it stayed steep and the corners kept coming; a double-apex right-hander, a gentle left, then a harder left immediately followed by a massive high-speed sweeping right hander that spat riders out at maximum speed into a short straight and the final deceptively difficult left-hander. 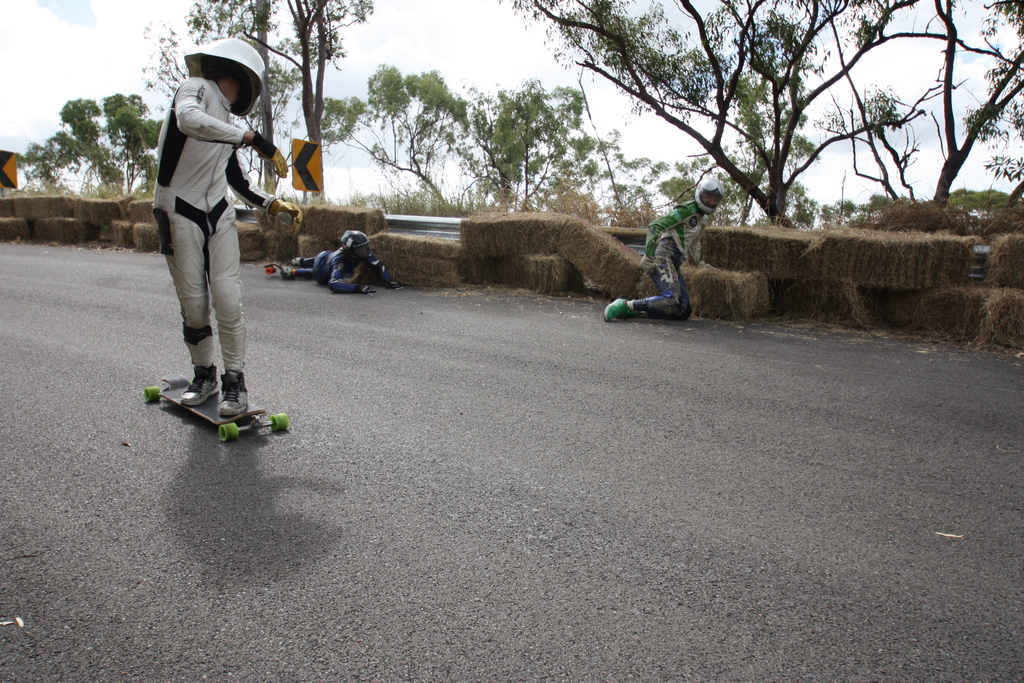 
Considering the difficulty of the hill the carnage was minimal. Late on the final day the ambulance had to be called for Pete Hill who dislocated his shoulder, but otherwise the damage was limited to the usual road rash and other aches and pains.

The standout feature of the weekend was the generous spirit and atmosphere that prevailed. Riders ranged in age from 16 to 49 but were united by the challenge in front of them. 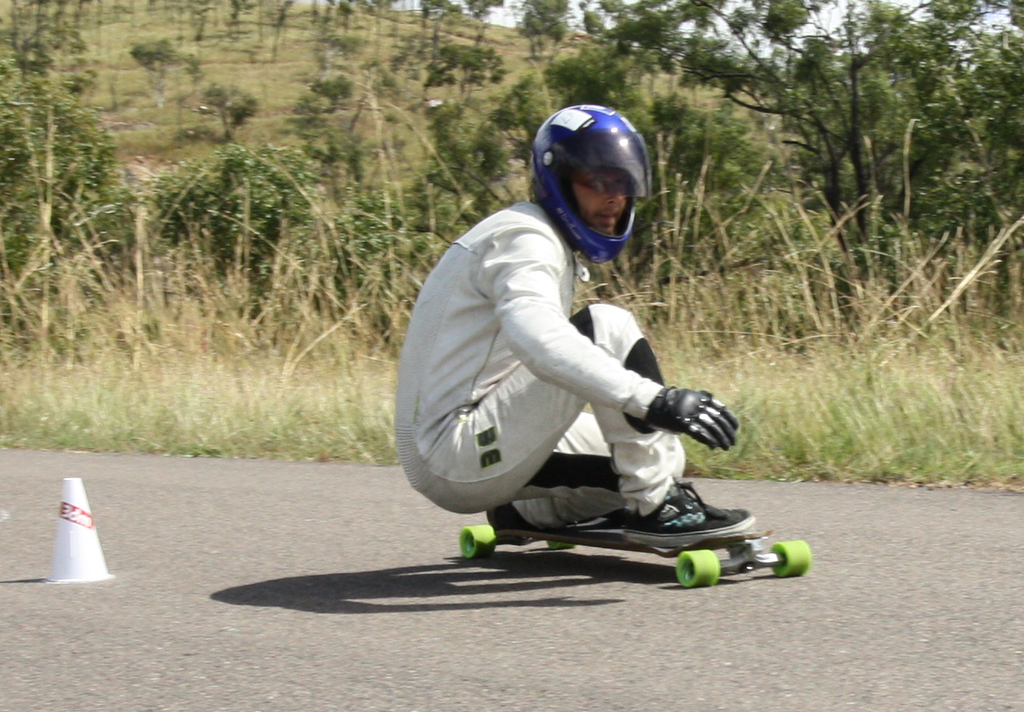 
Although the weekend was billed as a freeride a Super Giant Slalom race was held on Sunday morning as part of the 2009 Conehead Cup. Nothing like this had ever been done before in Australia - an 800 metre-long slalom raced at speeds over 60km/h with downhill boards and wearing leathers and full-face helmets. The course required a loose, turny setup for the first 200 metres, but as the speed built towards the end a more stable setup was needed to deal with a course that had become more similar to a genuine downhill run, with hands-down turns and tucks featuring.

The Crew (photos by Steve Daddow)

And check out the Nick and Matt Animated Bromance. :) 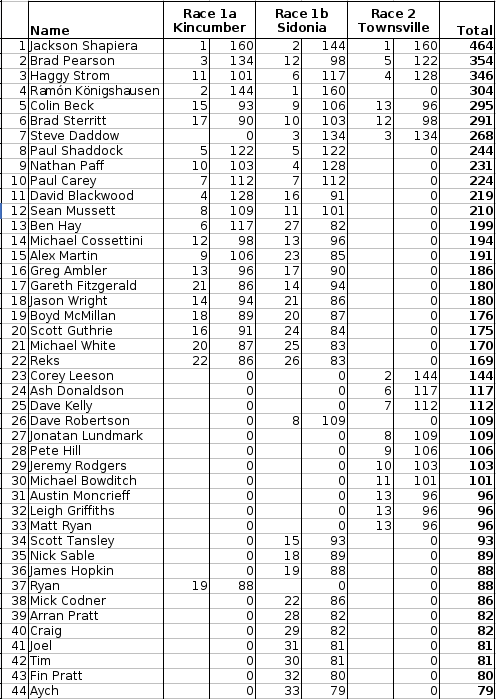 Previous discussions about this event are here, here and here.

* The organisers: Michaela, Andrew, Adrian, Graham. Excellent job all-round!
* The drivers: Eleanor (the Rev Head) and Phil.
* The friendly Cancer Council people.
* Lea Shapiera for (wo)manning the timing table yet again.
* Everybody who helped with tents, hay bales, leathers for Bow etc.
* The sponsors: Cre8ive Skate, Bunnings, and more that I can't quite remember at the moment.
* Dave Kelly (FSU Skateboards) and all the others who put up items for the fund-raising auction.
* The participants for creating such a good atmosphere. 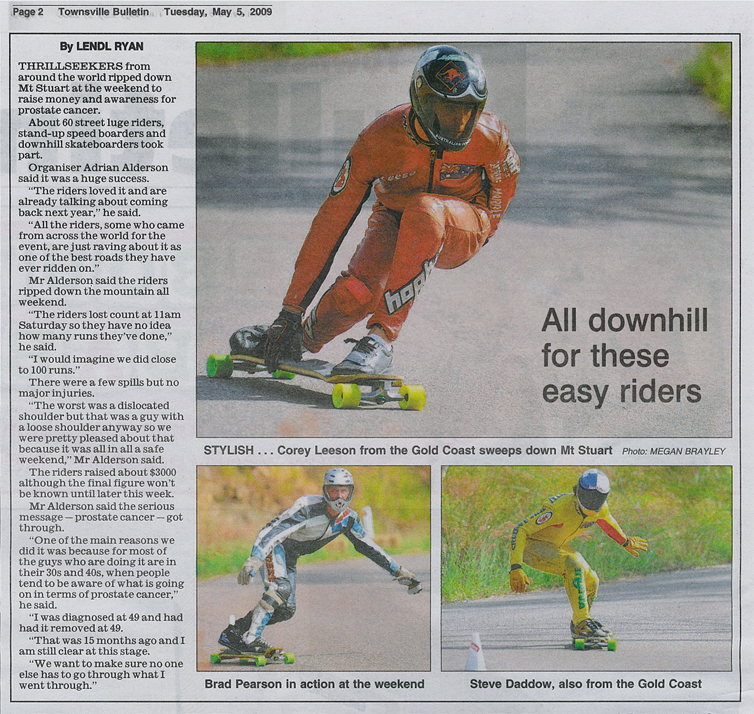