Adelaide's reputation for producing bizarrely sadistic murderers needs an update; it's become home to a new tribe of young longboarders who shred the dry hills that ring the city. The fastest of this tribe is Leigh Griffiths, a quietly spoken guy who somehow always finds a way to the front of the pack down the hill.

We tracked Leigh down to his underground torture cellar and asked him a few questions. 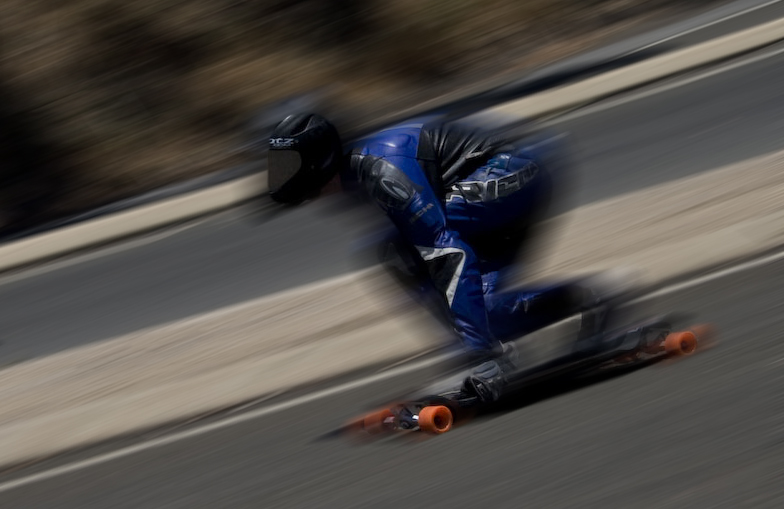 OK Leigh, lie down on the couch. This won't hurt a bit...

Green Grocer for consistent cash flow, but filmmaking is my passion.

I bought my first longboard in mid 2007 after seeing some videos of insane dudes flying down mountainous roads on youtube. Even though I'd only had about 15mins experience on a skateboard throughout my entire life, I knew I was going to somehow try and do the things I saw in those videos.

Well in the early days they thought it was just a late teen phase that I'd found cos life was generally a bit dull and slow first year out of school, but they soon saw it was a growing passion and now Dad can't wait to watch me race at Newtons this year. 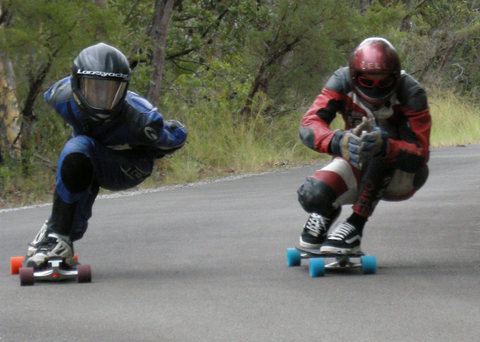 The gnarliest was a new road we were testing in the hills of Adelaide. Everything about the run looked perfect, but halfway down as I was entering the fastest part of the hill I decided the surface was definitely not as good as it looked from the car. Unfortunately for me, it was too late to stop and the quickly approaching corner was looking less and less do-able. But I sketchily railed the corner and was able to slow myself down before I was able to kill myself.
...oh and Black Mountain in Canberra definitely gets a mention.

6. What's the best thing about the Adelaide scene?

The best thing about our scene is the number of GOOD runs there are and how close they are all to the city. So instead of spending a day at one spot, we are able to session at least 3 or 4 long runs all day and we don't even have to waste time at the petrol station. We are also one of the driest cities in the world which of course means very little rain riding through the year. However that was not apparent this year.

7. What's your plan of attack for Newton's?

Well being my first IGSA race, its all going to be about getting as much experience and track time as I can. I am planning to follow the world tour next year, so need all the race training I can get. I also want to try and have as much fun as I can too.

Well if it continues to grow the way it's grown in the last two years, it should be huge. Unfortunately it's hard to get races and events up and running because of various implications, so unless something drastically changes it will take a while before Speedboarding is recognised as a proper competitive athletic sport by the general public. We just need more exposure through mediums other than the internet. The web has fueled the main growth of the longboarding community for as long as I've been a part of it and it hasn't yet reached the TV audiences. If that happens I think the whole "underground" status of the activity and sport will definitely change for the better.

Well at this stage of the game my ambition is to simply enjoy the whole culture of Downhill Skateboarding. Meeting new people, exploring new places, experiencing new things and learning more about myself. Skating is just a byproduct of all that, but obviously my drive to become better at riding only flares my competitive streak.

No sponsorship deals as of yet, however I'd like to thank Hopkin Racing for the opportunities I've gained from dealing with them. Buy with Hopkin kids, they are the shiznit. 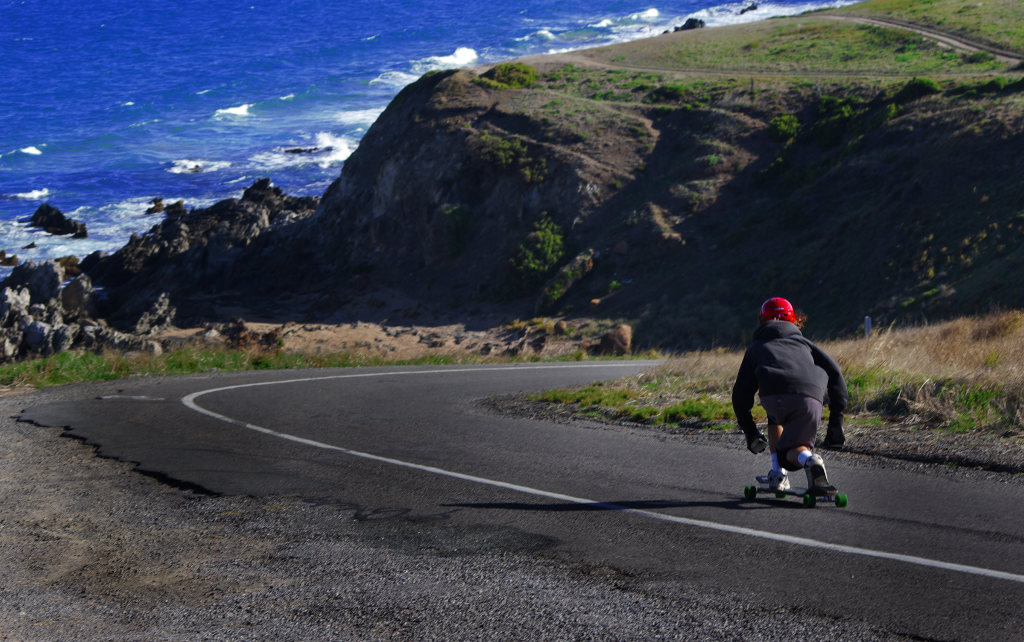 Leigh by the sea

Premium Member Comment by Gabe on October 26, 2009 at 10:59
Yeah dude!
Well spoken, cant wait to race with you at newtons bro!
Peace

Premium Member Comment by Benbro on October 26, 2009 at 13:45
yeh good stuff leigh,..good luck at newtons bro...lookin forward to havin a run with you and broditch..see if i can still stay with you guys...yeeewww