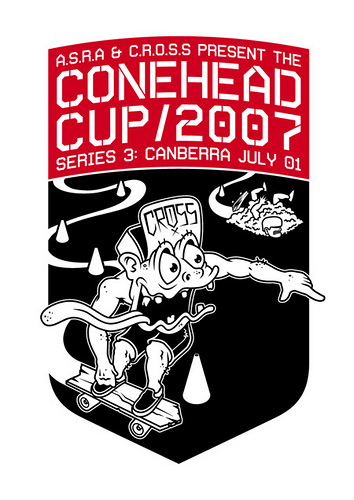 Hi folks, I'm back in Sydney after spending a night in a Canberra hospital with a fractured sternum and suspected heart damage! Eventually the doctors ruled out any damage to the heart, but it was a bit of a freak-out.

The head-to-head racing was awesome - it was really exciting to watch, and I think led to a couple of people (me being one of them) trying a bit too hard to get to the finish line too quickly.

It's amazing how the standard of racing is improving so quickly. Guys like Robbo, Nathan and Jeremy have gotten so much faster, and Dave Hallett was fast in his first race on a cool home-made board cut from an old snowboard.

There are too many thank yous for me to remember everybody, but the CROSS guys; Dave, Paul and Neil put an enormous amount of work into making the event come off. Haggy, Greg and Mick M all did time-keeping duties, which was a really difficult job with the dual-lane setup (we need to get a laptop next time!). And many people helped out with coneheading - much appreciated! And Eddie deserves a special mention for travelling from NZ for the race, getting second place, and making a fine speech.

Next time - let's not schedule a race in Canberra in the middle of winter. 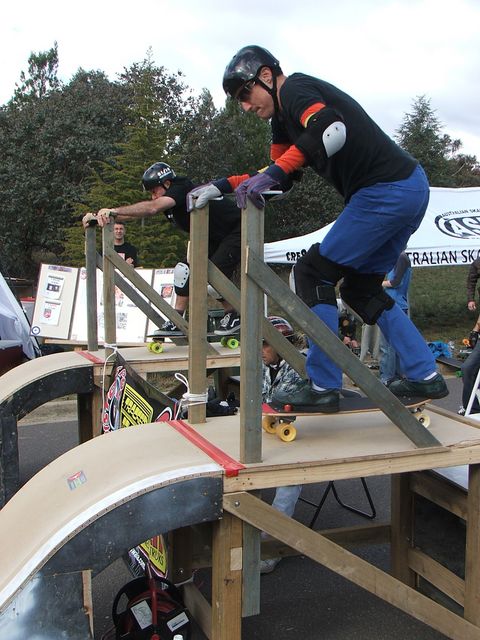