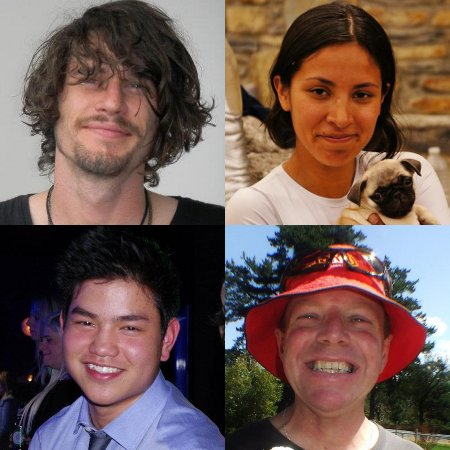 After the biggest year of racing in Australia's history we can now declare the fastest riders in Australia. Congratulations to: 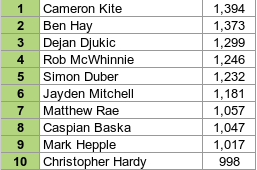 After playing second fiddle to Ben Hay throughout 2011, Cam Kite finally broke through with solid performances throughout 2012. In contrast, Ben did relatively poorly at Keira and Newton's and and from that point on could never catch Cam's lead. These two guys are the mainstays of the Australian race circuit, each attending 10 races throughout the year.

Dejan Djukic started the year as a grom and ended it as the third ranked Australian downhiller. In fourth, Rob McWhinnie spent as much time organising races as he did racing, and never failed to threaten a win regardless of the quality of the opposition. 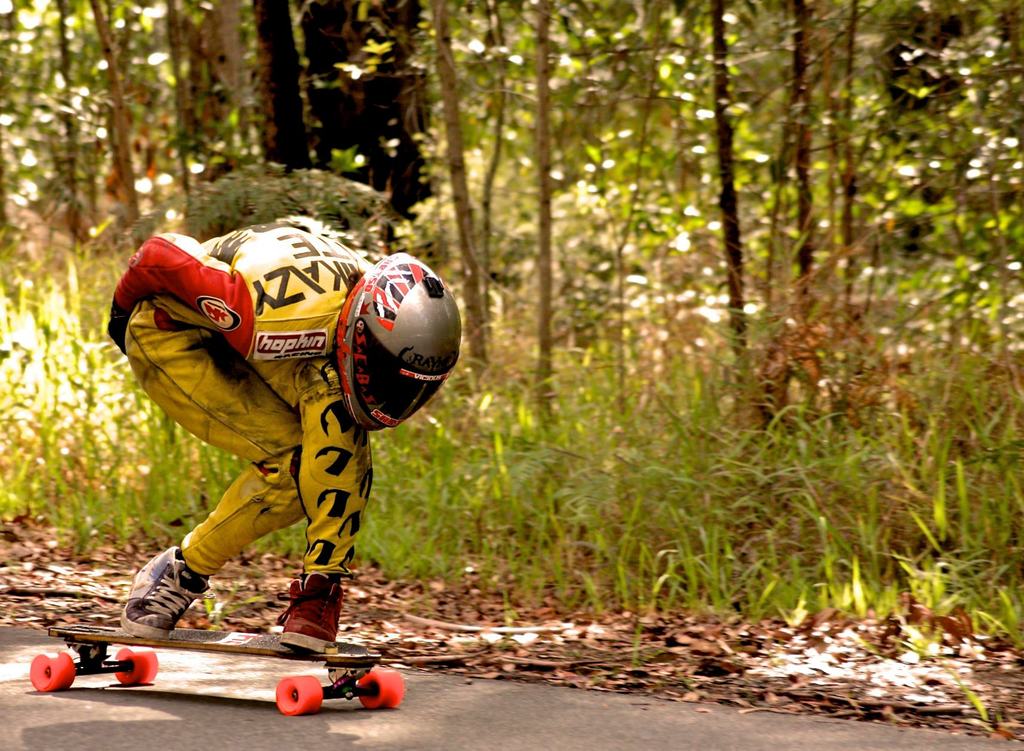 After trailing Gemma Holland for most of the year, Maga McWhinnie finally pipped her on the last race of the year to become the Women's champ. Between racing seven races in Australia, Maga also raced on the international circuit, and ranked 5th in the world over 2012. 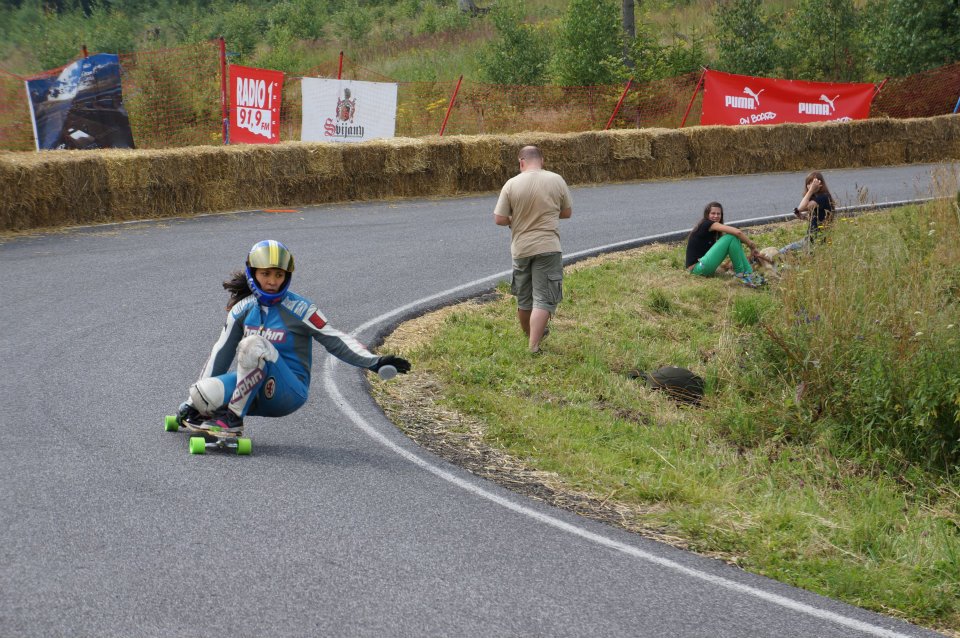 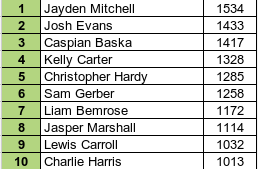 Jayden Mitchell arrived at Mt Keira in April relatively unknown outside his hometown of Adelaide, but that all changed after winning the Junior division and placing fourth in the Opens, and then backing that up with another win in the Juniors at Newton's. The Adelaide groms showed themselves to be a force overall along with the NSW groms, while Queensland's Josh Evans and Lewis Carroll rounded out the top 10. 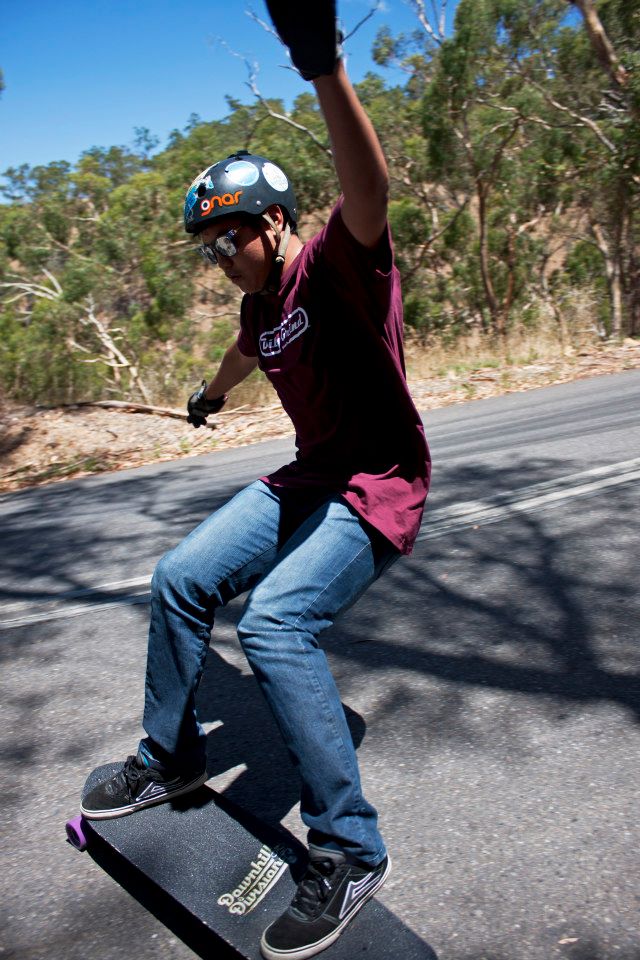 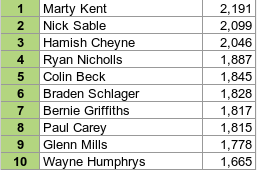 Slalom in 2012 was dominated by the Melbourne crew, with Marty Kent a clear step better than the rest. Jet-setting Nick Sable took second, and Hamish Cheyne third.

Most of the favourites failed to rank highly. Jackson Shapiera was injured for most of the year, while Steve Daddow, Haggy Strom, Nathan Paff and Paul Shaddock stayed home rather than travel to the big races. 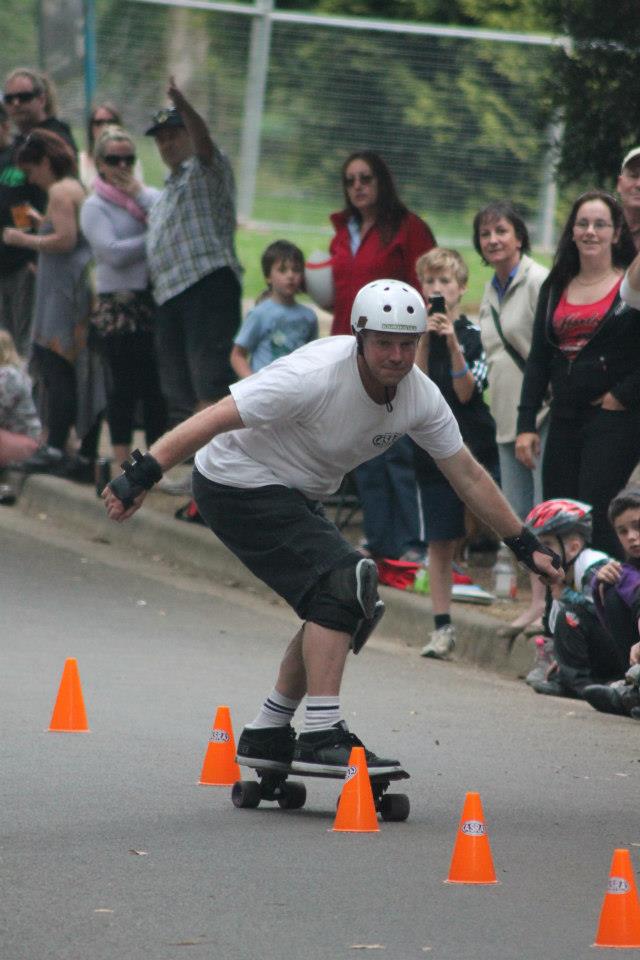 Congrats to all the 2012 ASRA Champions !   Especially my daughter-in-law MAGA McWHINNIE   !   Well done Maga !  You have certainly come a long way in a short time.  Keep it up and all the best in skating for 2013 !   Love Bern xx

Such an amazing year for skateboard racing in Oz.

Congratulations to the 4 shredders above. Great photos too.

Some real close competition at the top of the ladder.

Thanks to Bugs for your endless attention to detail & input to ASRA.Where would we be without this rad association ?

Stoked to attend so many rad & varied events in 2012 with the family.

Who know what 2013 will bring ? Skateboarding is always evolving, so skate it all.

Skate safe everyone. Respect each other like skaters should & above all have fun so you can skate for life.

Premium Member Comment by The Dave on January 14, 2013 at 15:29
Maga ranked 5th internationally? Daaaaamn! I knew she was quick but I had no idea she was doing that well. Awesome stuff Maga, you shred machine!

great job on the season wrap up bugs,..im sure the winners greatly appreciate the hard work asra does and the acknowledgement of these skaters hard work and expense they have put in to be where they are,..well done cam,maga,jayden and marty.

Thanks Bugs for the write up and in general to ASRA for the big support they give to our Aussie community and to our sport. We wouldn't be were we are with out the guys that make it possible: ASRA,all the organizers of all the great races we had and our big family of riders that inspire and encourage us.

And to everyone that held events in the 2012 season. For all the guys n gals that made the treck far & wide to ride, to have fun doing what we do.

To the volunteers lugung hay bails, holding flags , behind the bbq running water and food the sponsors for the prize's

And most of all a big thankyou to the hard work from ASRA ,,, in the eyes of all of us, everyone wins

Cheers Guys and girls. Oz scene exploding so stoked to be a part of it. Mega Props to ASRA and the Crew for making it all come together. Hopkin Skate getting behind every part of Longboarding, proud to be a part of such a rad team.