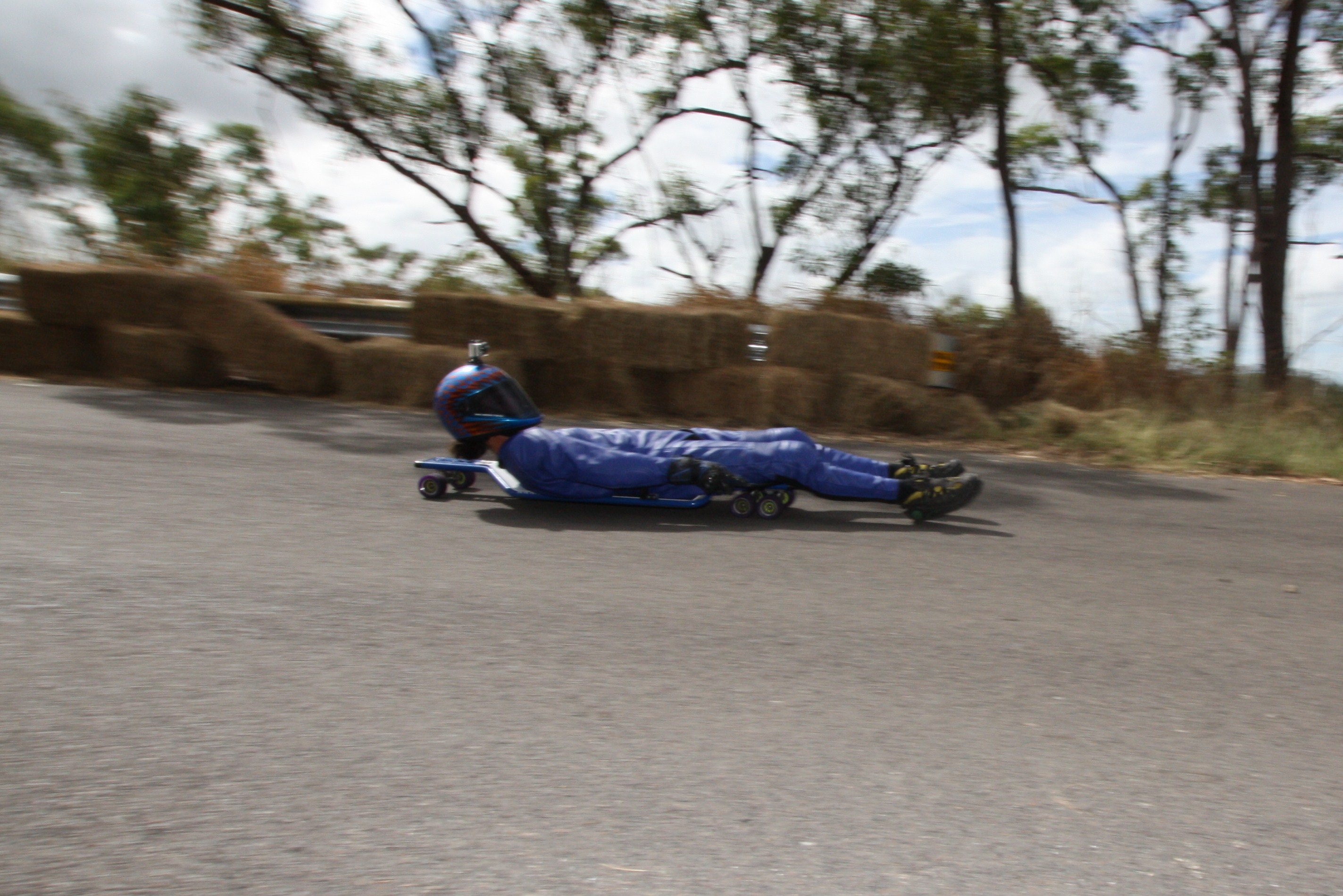 Watching Nick Duffield take on a hill is like a maths lesson; the eery precision of his lines gives him an effortless speed that no other luger or skater can match. At this year's Beat the Bastard freeride he blew everybody away with his combination of precision and fearlessness, and it'll be no surprise if he repeats his '08 Newton's Luge win in three weeks time at Mt. Panorama.

We caught up with the fastest man in Australia to find out a little more about him. 3. How long have you been luging for? Do you also do it standing up?

Started riding street luge in 1998 and my first race was the Australian X-Games in Brisbane in 99. The last few months I've been trying my hand at stand-up with the ever expanding SA crew which has been a blast!

4. What do your parents say about your luging?

Well not much these days but back when I first started they were a bit hesitant, but once they realised it was more than just mucking around with a skateboard on the weekends they were very supportive, and still are.

Without a doubt it would have to be the Red Bull Down Rio comp that was held in Brazil from the 'Christo' statue carpark. It was 2,300 feet above sea level and from memory it was 22 180deg hairpins one after the other, even by the end of the weekend I don't think anyone was able to memorize that track! A close second would have to be a "classified" piece of tarmac that we nudged 140km/h on. That was definitely a rush I'll never forget. 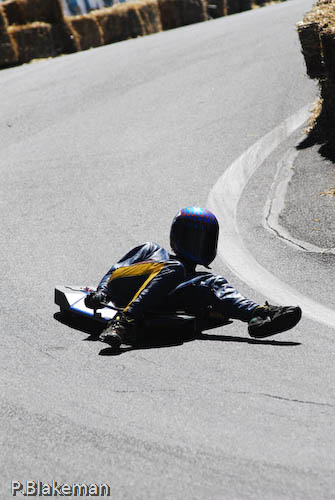 Nick at Newton's '08
The main thing I want to do this year is have as much fun as possible and make the most of the weekend. It's going to be a huge step up from last year with everyone progressing so much in the last 18 months so I'll just do my best!

7. You won Newton's last year against a top field. What's stopping you from heading overseas and winning everywhere?

I'd love to head overseas again in the future, so if I could get some backing to do it I'd be there for sure. Who knows what the next 1 or 2 years holds; I may get over there again, we'll see what happens.

If the last few years is anything to go by I think in five years time downhill racing will definitely be here to stay. We'll hopefully have a couple of Oz world champions amongst us and a handful of guys and girls rippin it up overseas.

My main ambition would be to see the sport of gravity racing get the recognition it deserves and hopefully one day have an Australian series running through each state. Being able to race in Australia every few months would be the ultimate. 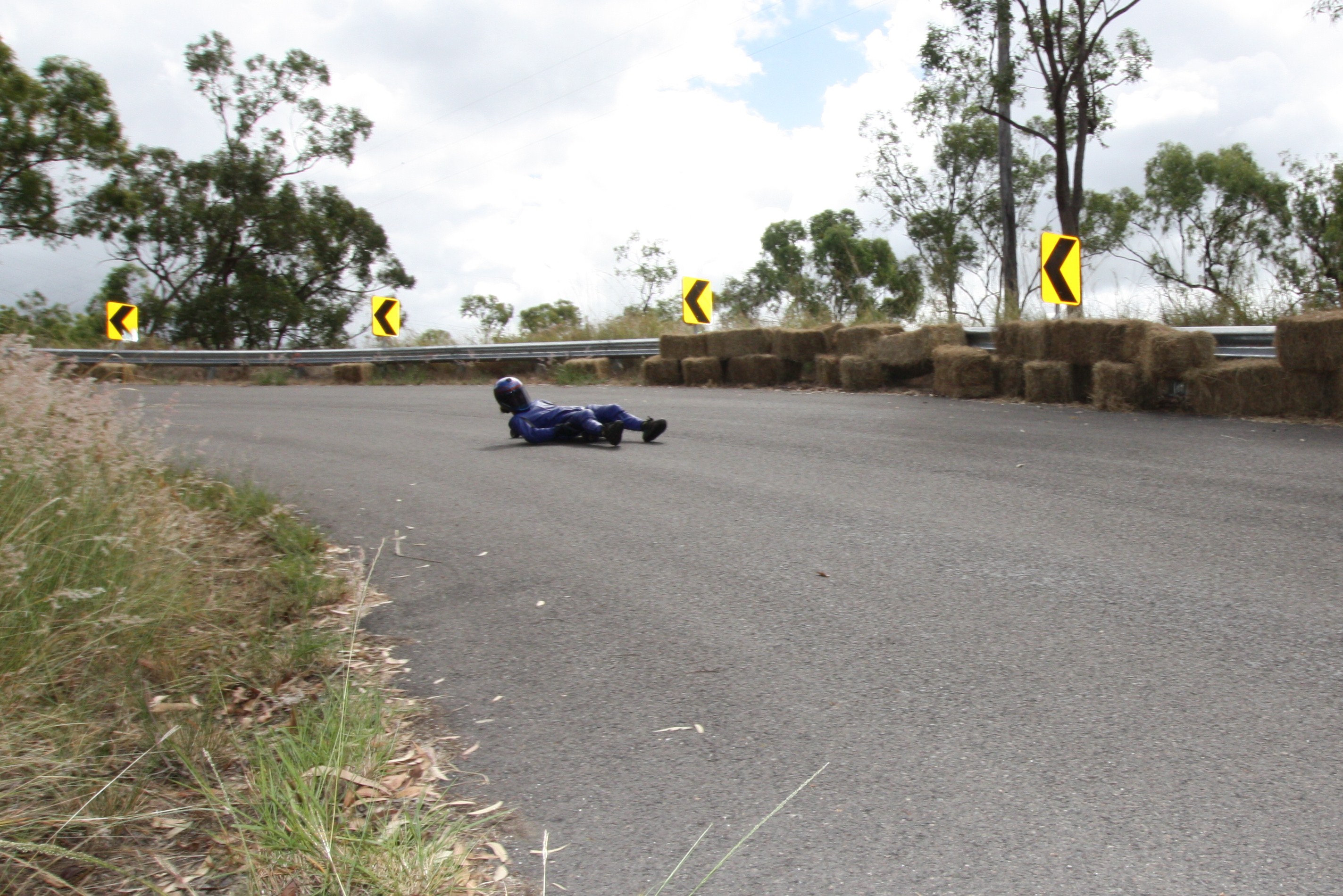 Comment by Abdil Mahdzan on November 12, 2009 at 13:26
Haha I don't play any bets but let's just say this year he's gotta work harder to maintain his position that he enjoyed last year. The current world #1 and #2 (Yvon Labarthe and Pete Eliot respectively) are coming to Bathurst for their first time, so throwing them into the equation will result in some pretty interesting outcomes since they're trying to beat each other for the 2009 IGSA World Cup Series Champion title.