Kongwak was a sick event put on by some great riders. Cam and Louis really know how to throw an event together, the traffic was very well controlled and the hill was absolutely amazing; nice and steep sweepers leading into a banked hairpin and then running out into a right handed turn before crossing the finish. Speeds where up around 60kph+ and there were plenty of guys who sorely regretted not bringing leathers, or in Ben's case, elbow padding. 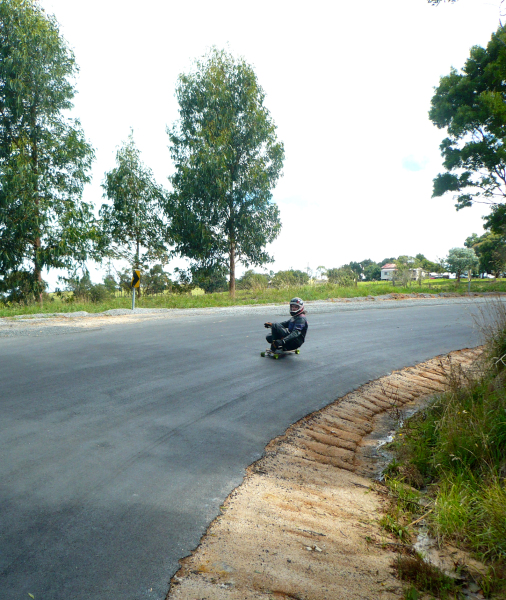 Callum through the hairpin

The level of racing that guys where bringing to the table was amazing. In the first round there was at least one heat that could have been the final. With so many guys in their first race it was awesome to see so many of them advancing through the heats and even challenge for the win in the final. A few noteworthy efforts for first timers were Cam Feely who got 2nd in the final and Louis Tragear who got 8th. I am proud to see guys like you coming up in the scene.

The final was great - I could not think of four guys more deserving to be in it. Having two riders 16 years of age or under in the final really showed that the Melbourne scene no longer consists of a handful of older riders. In the end Callum O'Daft came away with the win, Cam Feely used his local knowledge to hold down 2nd place, and Nipps mannaged to come out of a nasty crash just a bit better then Chris O'Brien who took an absolute beating in the crash yet still went on to finish the final. 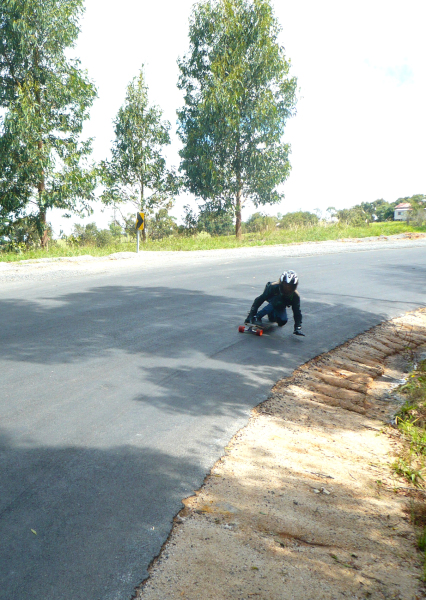 Finally I want to say a big thank you to everyone who turned up and drove shuttles up the hill, helped call the finish's, helped make sense of the mangled paper work table that Cam and I were freaking out over towards the end of the day, and anyone who came down and was stoked on the day. It blew me away to see 22 riders racing downhill on a hill like that; it was great to see it happen.

Premium Member Comment by matt cassar on March 14, 2011 at 21:11
Sure was Haggy, had a boatload of fun. We are going to try better the event there and the surrounding Kongwak area as time goes on. So many great spots for us Victorians around there.

Soz I didn't get there to grab some Photos guys , I was a bit pressed for time.,

Looks like ya had a ball though. and was good to see a couple of the lads up in the Hills here on the weekend.