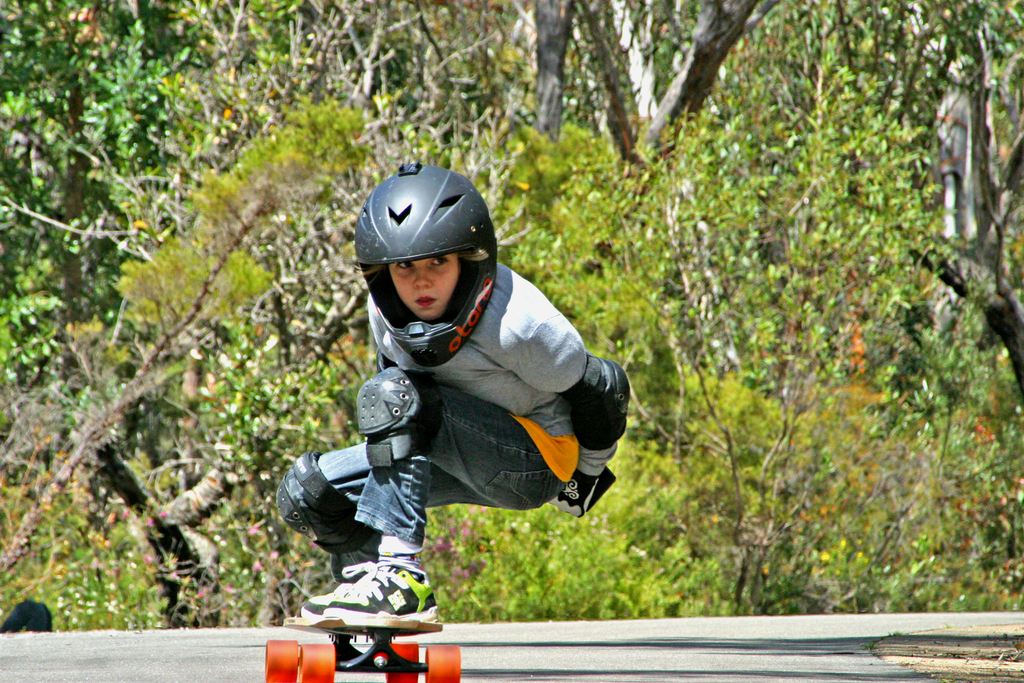 Tyler the youngest of all the groms at 9! super solid little tuck and sic race lines make him one to watch!

Stoked to wake up to near perfect race conditions and with no time to lose I smashed a banana, hopped in the car and headed out to a rad little race hill stashed away in the blue mountains. The Grom Bomb at the tender age of a new born has set the bar high for future grom racing in OZ. With the 64 spots filling well before the close of rego and many people missing out, it was proven that there is a need for this separate category. A lot of the younger ones lack the confidence or skills to compete in the open events so this allowed them to hone their skills before getting on the track with the more experienced riders...in the shell of a nut, groms racing other groms = stoke.

Out of the 64 shredders we had 6 micro groms (under 12) and 9 chicks all ranging in age. After a quick riders' meeting we started practice runs. You could tell straight up is was going to be a sic day, everyone smashing the hill, riding tight, making gnarly passes and the day was still fresh.

Four practice runs in a large pack came hauling into the last corner. Adam Evic was forced out wide and face-planted - he received a nice black eye but not from the hill, from his full-face which was not fitted correctly. Preventable injures are common in downhill skateboarding - make sure your safety gear fits nice and snug and is done up correctly and it will keep you from being owned like Adam.

After practice runs everyone was split into 4 groups of 16, each person raced 5 heats accumulating points. The top 16 went into the finals with the girls and micro groms had their own final.

Yeah micro groms, a big hill for such little people, and they raced it like true champs. Taking top spot was Benny Halls, super fast all day and rock solid in the final, he was a micro not to be messed with, truly earning his first place. Coming in second was Astrid Carey with it being her first time on the hill you could not wipe the stoke off her face. And in third place, the youngest of them all at only 9, Tyler Richards-McCabe. Good job little grom. Hella sic riding. 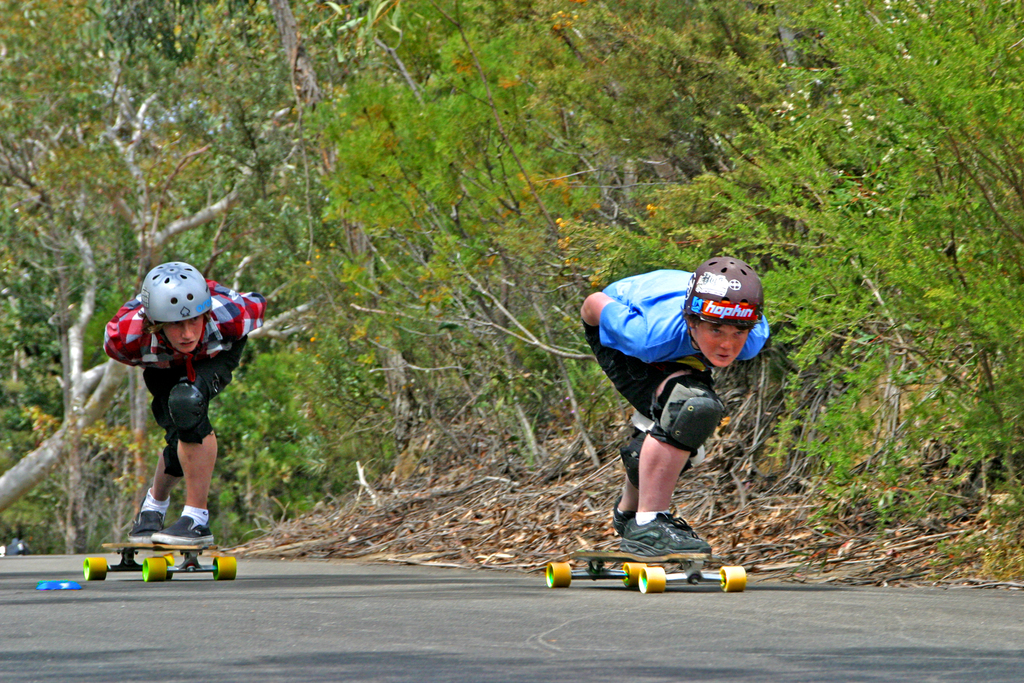 Hard day on the girls with Deanny, Beany, and Cat getting into a pile-up in the semis and Gemma crashing in the finals giving up her spot on the podium. The central coast sisters Eve and Astrid Carey looked confident even though it was their first time on the hill, but the real queen of the ladies was Lea Robbo, fast off the push, quick into tuck and just super solid in every heat. She earned the top spot with Deanne and Beany 2nd, 3rd and Gemma taking 4th. Super stoked with all the ladies showing you don't need balls to go fast. 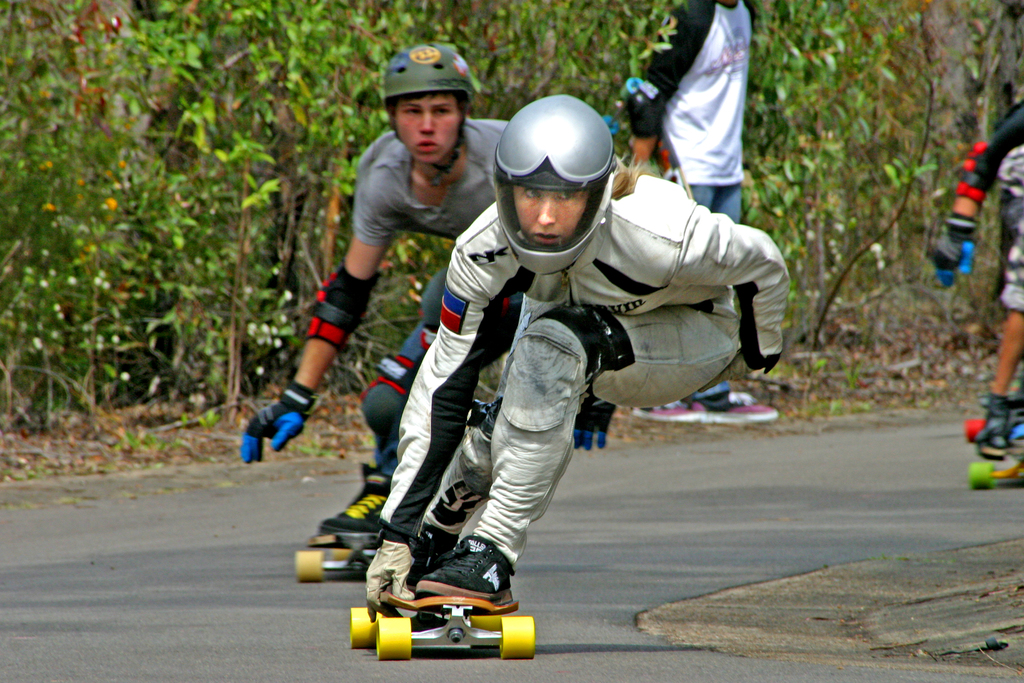 Lea Robbo dusting some of the boys

With a good lot of groms fighting hard in the heats, the quarters looked stacked. Kelly Carter, Ian Coggan and Gabe Maher picking off the top qualies with Cooper Kruize, Ben Westover and Ilan Aarons 1 point behind. Mega tight packs in the quarters meant one wrong move and you're out. Liam Bemrose found that out when he got too close to Jack and took too much weight off the board causing him to slide out by just a poofteenth and drop into fourth place leaving Jack Glenn and Matt Scott to hit the semis. Ben Westover and Dejan Djukic got knocked out in the semis left the final 4. Kelly the kid was a good 2 boards in front into the last corner with Ian in second, Gabe in third, onto the last straight Cooper made a pass to bag third. 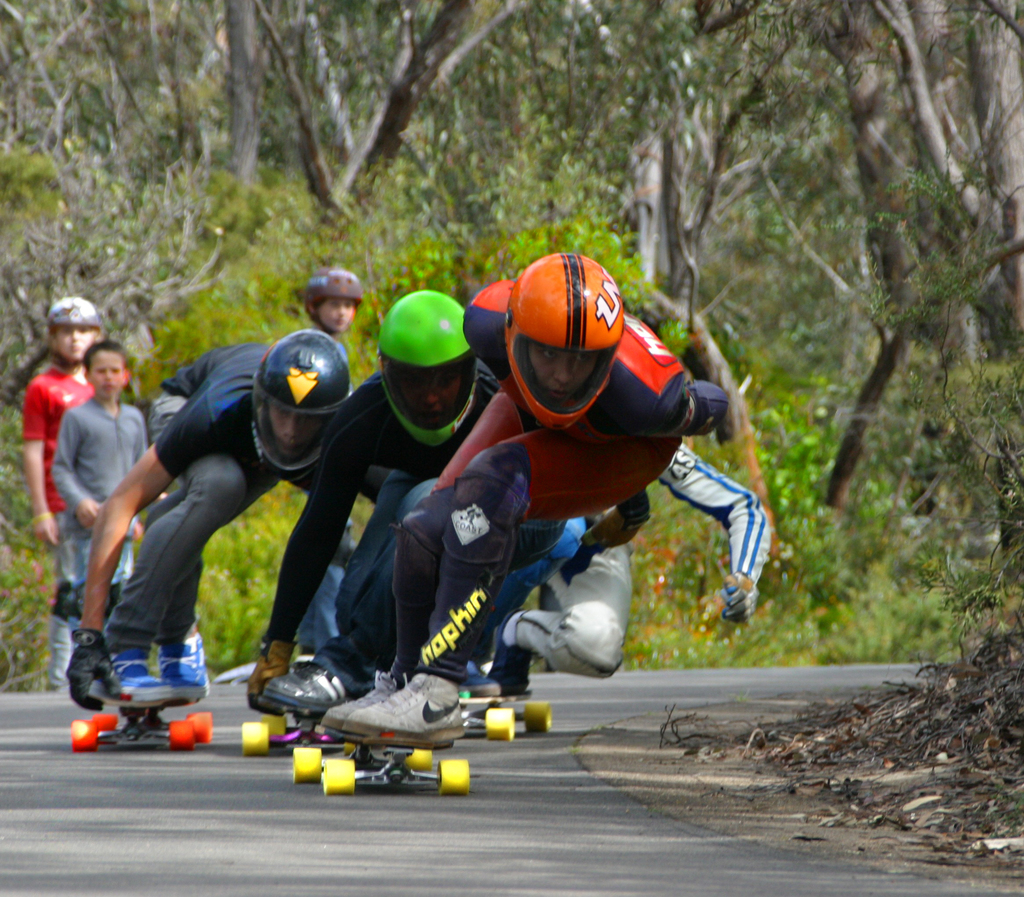 Mega rad day was had by all and it was made possible by all the sponsors, such a big effort from the Ozzy companies with Hopkin Skate throwing down, big Daddow, Glyde and Early giving some wood, Blackwood from Complete Radness with a massive box of swag and Sartso Killer Jeans saving some skin with a pair of jeans, Slippery Dip Yeah Ozzys! Can't forget our International sponsors,  Rayne giving a board to every winner! That's 9 all up and Sector 9 gave a mad box of swag, this event is the future of grom racing. A big yeeeew for Benbro Hay  and Paul Carey - I could not have run the day with out them.  A special thanks goes out to my girlfriend Jae who designed all the art work and hand-made the 9 medals. 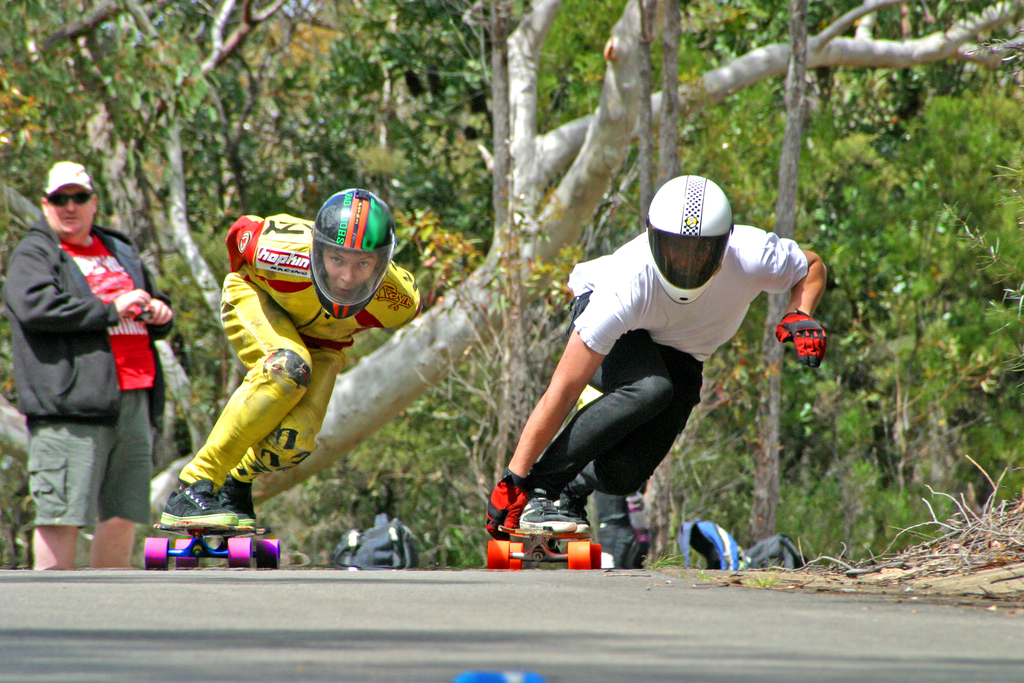 Great write up. Wish we could have been there. Hope everyone gets their podium prizes soon, we heard the packages have landed in Oz!

Brilliant write up Kam...your first paragraph says it all. Leading the way for the Groms Division setup!!!!

oh i look like a fricken pedo in that foto  haha

such a sick day thanks cam !

Hi Kam, it's Tyler here. Thanks for the great day and the awesome pic and words. I had the best time ever! PS: Can I get a big copy of the picture please? Tyler

Aye, Kam, I wasn't there, but reading this makes me feel that I was.

If you want to see the results of every round-robin race, well, here they are.

And here's the final tally count.

And here's the original event page.