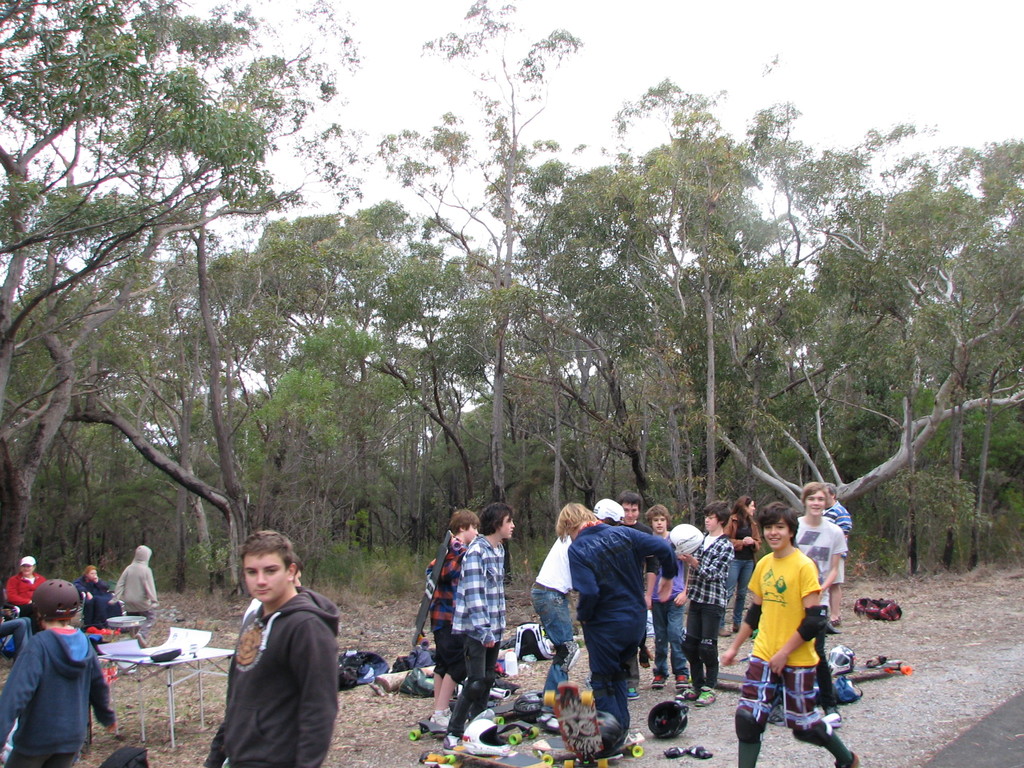 Groms slowly rocking up to the Pump in the morning.

As Groms slowly arrived at the pump station early in the morning, some waking up nice and early to catch the train out there, true Grom style! After hitting the Pump up a couple of time, reinforcements arrived, Team Voodoo, West Pymble Groms, the notorious "Ry Ry"! And the much needed help of some 'Big Boys', Blackwood, Gabe, Benbro, and BraPete! 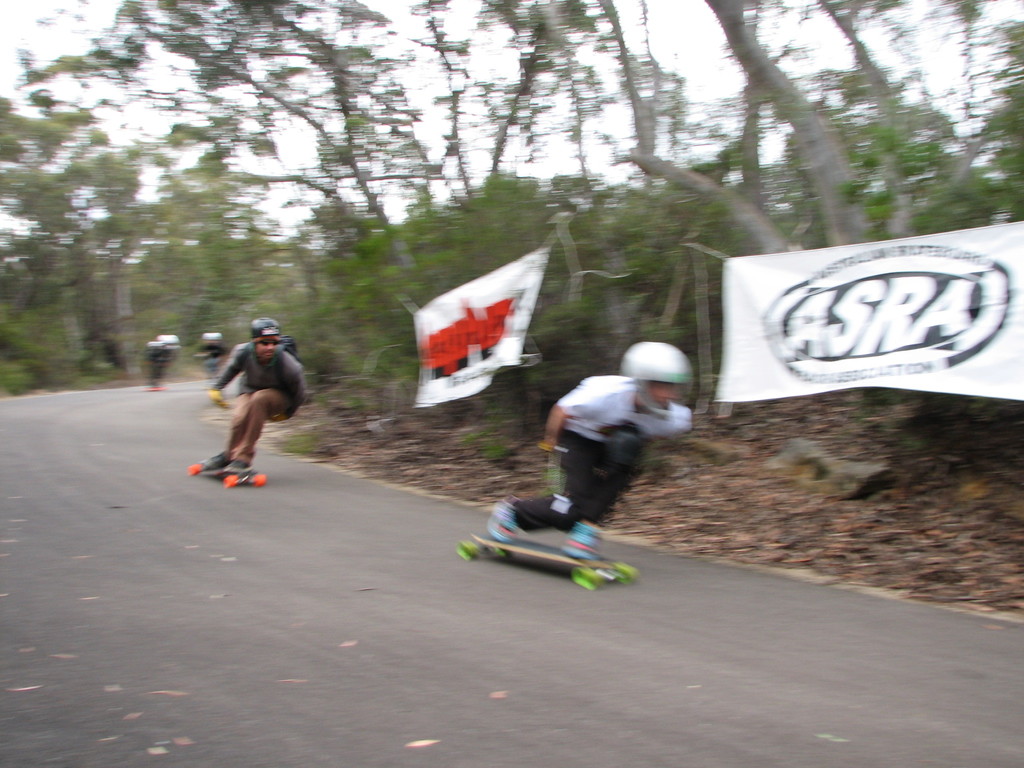 BenBro and Blackwood showing the Groms how its done!

The whole week had been said for it to be wet and miserably cold day for us, with everyone prepared for the worst. But Blue Mountains had put on its best for us, perfect riding conditions! Bit chilly but a great day was set to be had for all! 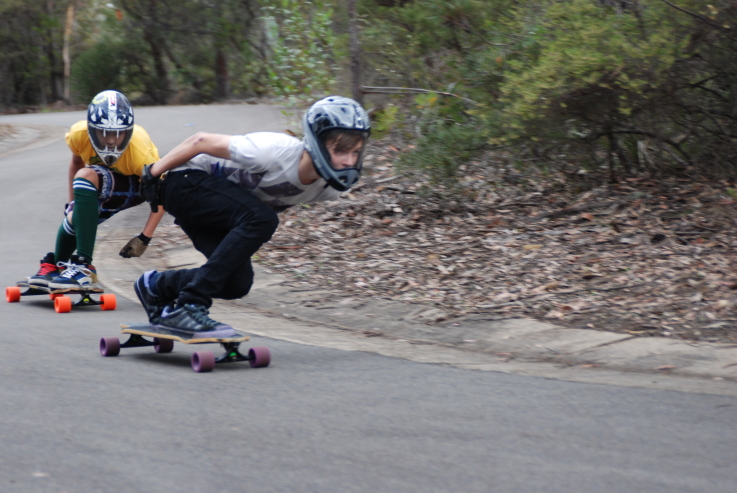 Ben 10 and Kelly, setting the standards early in the day!

After some enjoyed morning free riding/practice it was time to call in the Groms for a race meeting and brief for the day.
With 16 riders, the races started at around 11:30 am. In traditional Pump Station Style the race was 2 man heats and 2 push start, with a highly technical draw system of 'Double Elimination'... Anyways we were off, Groms in full force down the Pump! Special mention goes to Prodigy BenBro, Ben.... Youngest on the track, age 11. Watch this guy in a couple of years!

After rocking up with little to no cash dollar Ben Westover decided to race without paying the entry fee of $10, but as soon as he beat Poolie in his first race this was regretted and a debate broke out on the 2 ways about that would progress this earn him the name Ben 10 the rest of the day. He went on and took out 4th place. 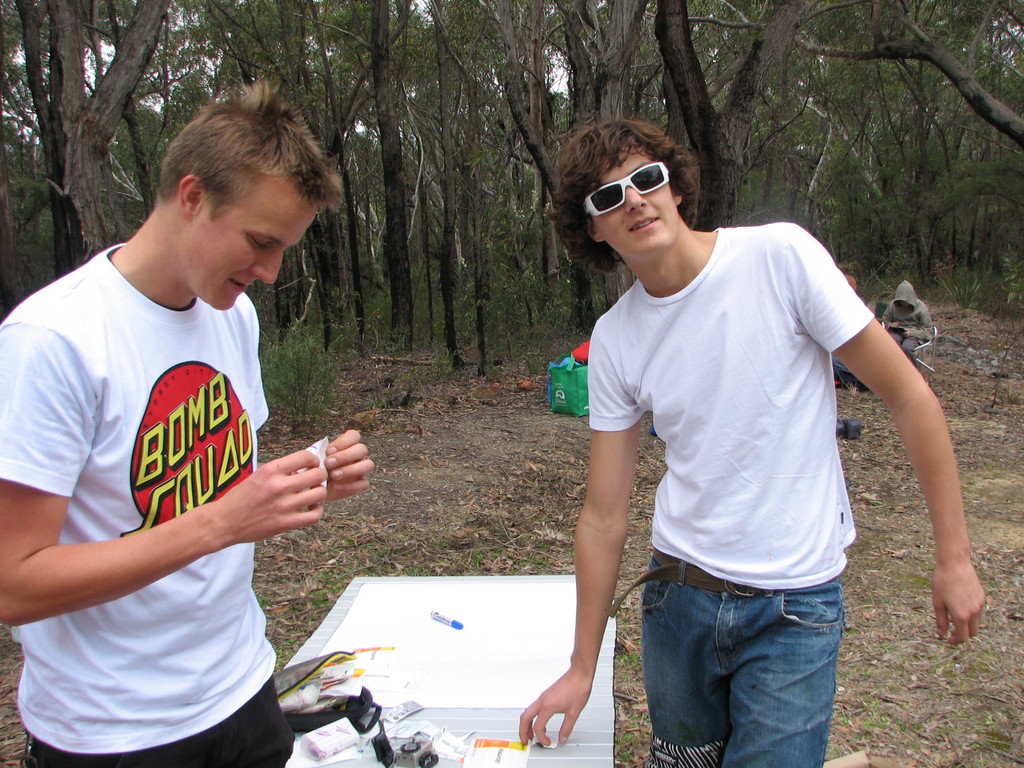 Blackwood coming to the rescue after Luke having a fall.

Random placements saw Groms battle friends, strangers, and old family blood feuds spill on to the track. Everything was going well until Ry Ry and Harrison had a close encounter on the push off saw Ry Ry grabbing the opponent and earning a DQ. But hey if Days of Thunder taught me anything it’s that "Rubbing is Racing". 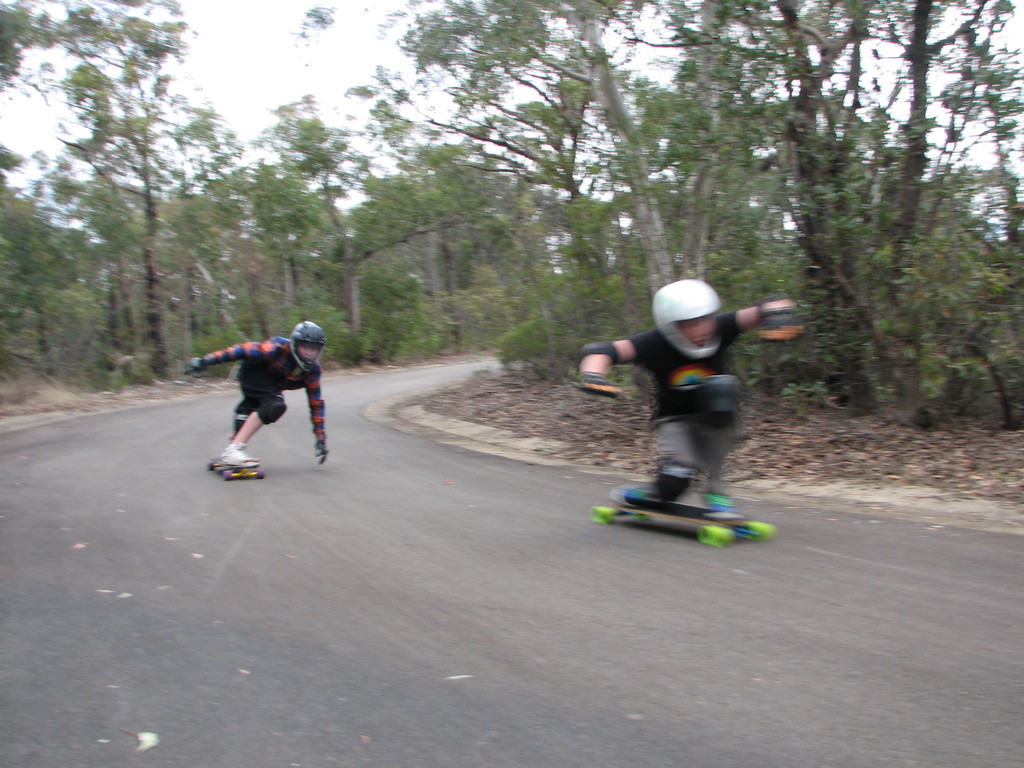 Team Voodoo riping it up all day. 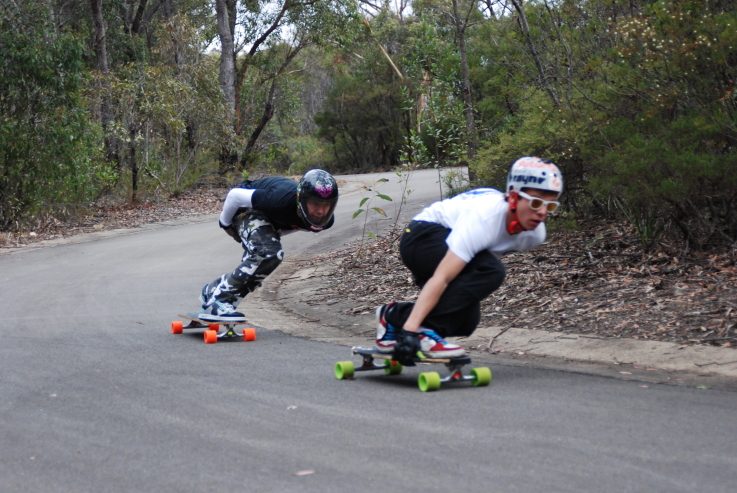 Scott was on form all day, but decided to take the leap into streamline aero world by stripping down to thermals. For the final races against Toby, losing the first one and taking the line in the second to secure first place after some very close racing. Was said to win by wheel! The last final of the day. 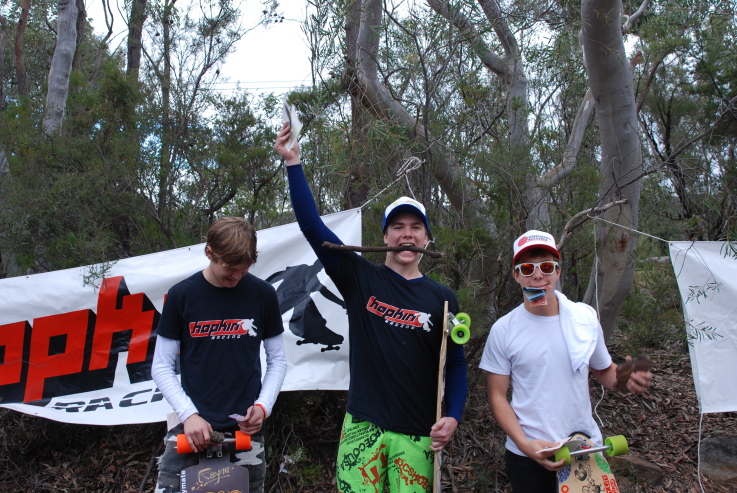 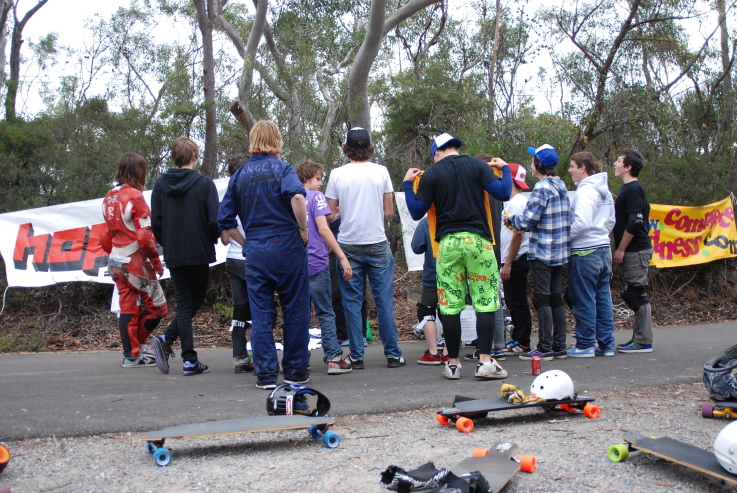 After racing, it was time for everyones favourite time of the day, product toss! 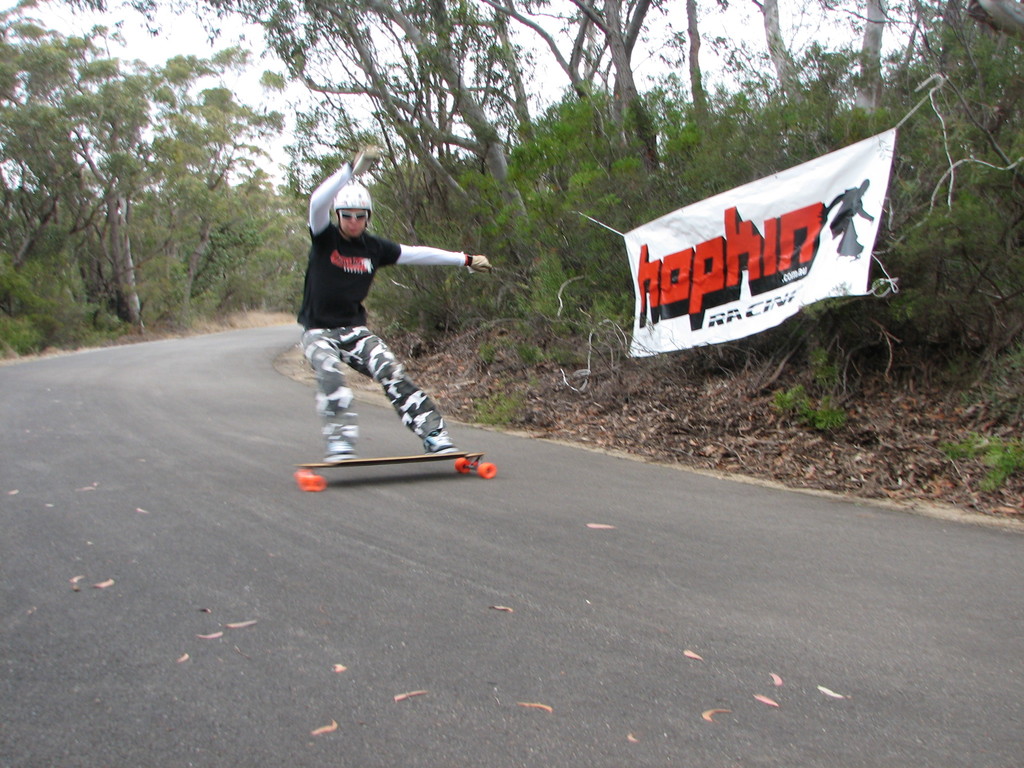 And some enjoyed free riding!

All and all, it was a great day for everyone!

Some big thanks goes,
Blackwood for not just helping out but also bring along and donating some of his very finest T-shirts and hats to the product toss, Check them out here: http://www.completeradness.bigcartel.com/

BenBro and BraPete for helping out and making the race fun clean at the finish line!

Grommt Gabe for helping out and doing heaps of filming!!!

Tanya for helping out and being the only female rider there, great to see her riding and growing our sprot!

BMB for letting us use there hill!

And to some of the wonderfull mothers for driving some of the groms up there and cooking the barby! 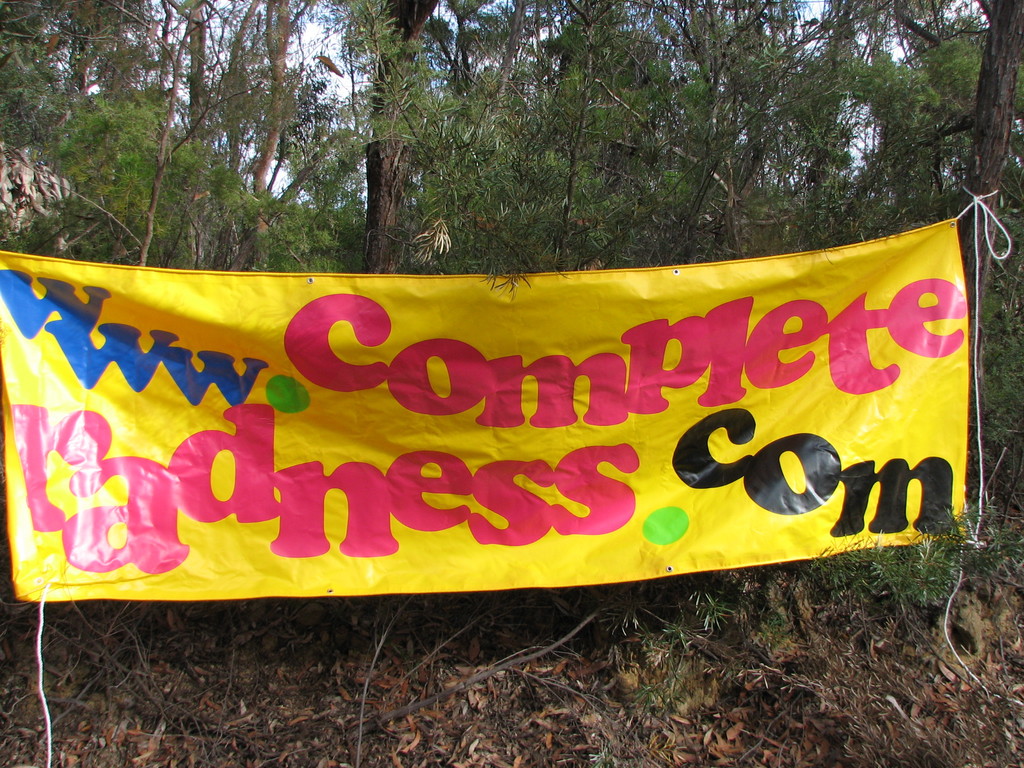 Last big thanks goes to ASRA, With out it none of this could be possible!