I arrived on the hill around 9am to be greeted by light showers and a freezing wind. The road in question is a narrow, rough, bumpy and steep run starting from a Wind Turbine and running for about 1.5kms to the finish line. The road surface was wet from morning showers and had the traction of wax polished ice. My first attempt down to negotiate the big lefty, i predrifted about 20 meters before the corner and continue to slide through the corner and straight off the road into the bales (with big 80 wheels)... 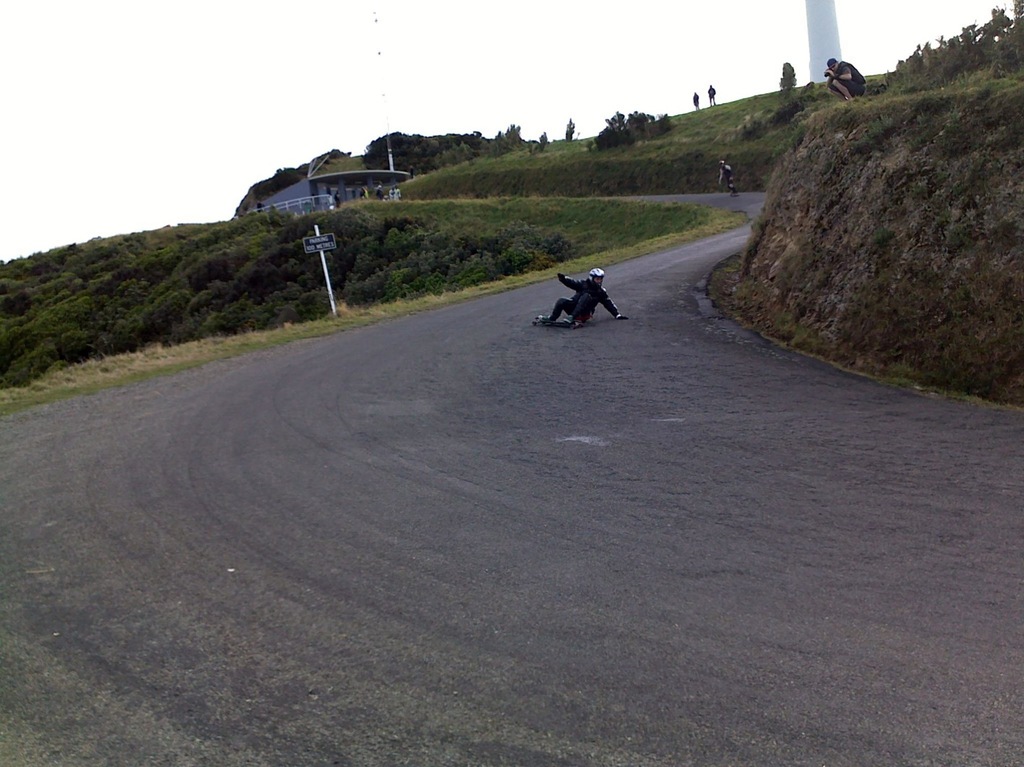 After a few hours of practice, the sun had graced us and dried up most of the track apart from 2 sections. Both sections of wet were sheltered by a row of trees and would stay wet throughout the day and cause the most havoc on everyone. The first section was the fastest section which ended with a kink to the left (the setting for my hardest slam of the day) and the 2nd was the straight before the last hard corner which saw the racers predrifiting for about 40m prior to the sharp corner. 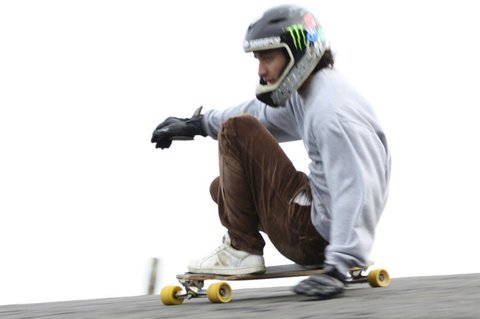 Api was solid all day

Many, many many slams later, racing began with a single elimination format. Race tactic of the day..... don't crash. Racing wasn't on most people's mind (mine including), we were just stoked to make it to the bottom of this gauntlet without a crash or breaking anything. Some crazy crash induced heats later a top 3 was decided, consisting of Api, Tipene and myself. The top 3 were to race each other to determine a winner on a points based system. My first final was against Api (NZ,South Island). Api was just in a t-shirt (me in full leathers covered in tar marks from practice) and was fast and consistent all day. He was ahead of me before I crashed out hard at the fastest wet section. The second race was myself vs Tipene (NZ, South Island), the most stylish skater of the day. Tipene got out ahead early, but i was close behind eventually drafting and passing him before the last hard corner. Leaving the wet slippery slide predrift too late, i crashed out on the last corner to have Tipene pass and take the win.
In the final race, Api got out in Front and held it all the way. A well deserved win after a solid day of skating.

Shot of the late predrift that lost me 2nd place, Tipene stylin

The race was filmed by a local NZ film crew and is currently crafting together a DVD of the day events. Big congrats go out to the Wellington boys (W.L.A) that started with an Outlaw race, which later got permission and then sponsors in a very short time frame. Big ups to Ash Hughes, Seth Price and the volunteers of the day that helped with traffic control and lifts back to the top. Thanks to the sponsors that got on board including: Ultimate Boards, Original, Boarderlines, Cheapskates and Sector 9.
Have to add a special thanks to Fat Pigeon for a deck that continues to take whatever abuse i throw at it.

Wellington is a really cool city. Full of hills and endless urban runs, including carparks and steep gradient streets with hetic corners. I will definitely be back next year again to master the Gnarest and most challenging hill I've ever skated, hang with the talented NZ skaters, explore, skate & chill in the rad city that is Wellington. 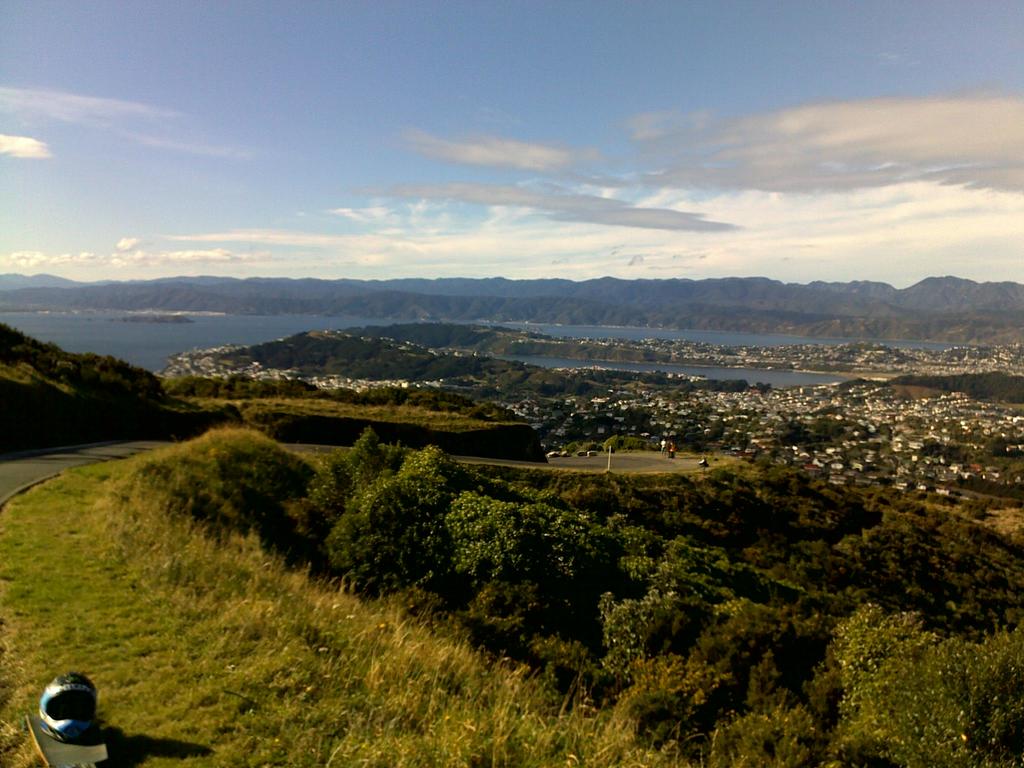 Comment by Robbo on May 18, 2010 at 21:29
Looks super fun. I might have a chat to our NZ bro's about what dates they are looking at doing events so we don't clash, maybe we can build up a Trans Tasman trophy

Comment by Seth Price on May 18, 2010 at 23:13
We are thinking of holding it earlier in the year next time and having road completely closed for two days! Hit us up we'll see what we can do videos are a coming soon :)

Comment by api ihaia on May 19, 2010 at 8:41
mad write up dude, it was good meeting you and cant wait for your bail to get on you tube haha cheers

Comment by Max Gordy on May 19, 2010 at 12:13
Sick write up man! glad you enjoyed that epic hill hope to have you and more aussie's back for next year!