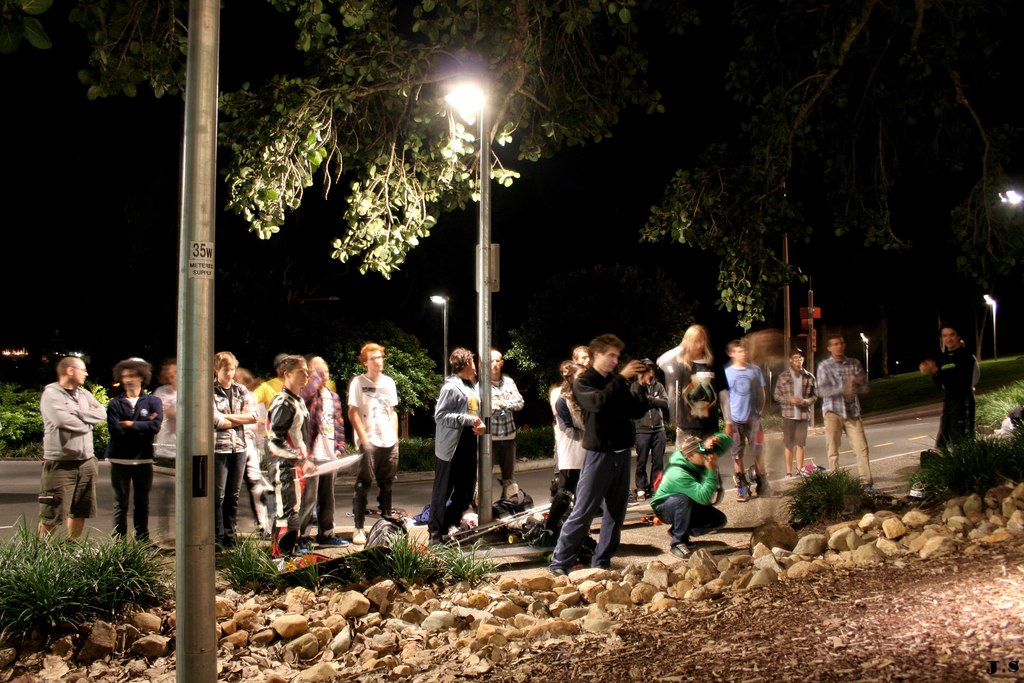 So its taken me ages to write something up and races have been and gone but when I received this reply from Matti Rae the other day i though i should pass it on. I had been waiting for photos cause Yatesy had a rad set up on the night but he has been away for work and stuff.  If you read this Mr Yates we would love to see some of those shots one day. 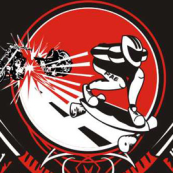 This thank you goes out to all who raced. $226 deposited into Matti's account.


"money is all there bro...
I know i must sound like a broken record by now, but THANK YOU!!
It a massive help, and my family thanks you also!
Matti"

As far as the event goes it was a ripper. It was almost a lesson i what not to do, but some how have the skate gods smile on you and pull off a rad race anyway.

What not to do 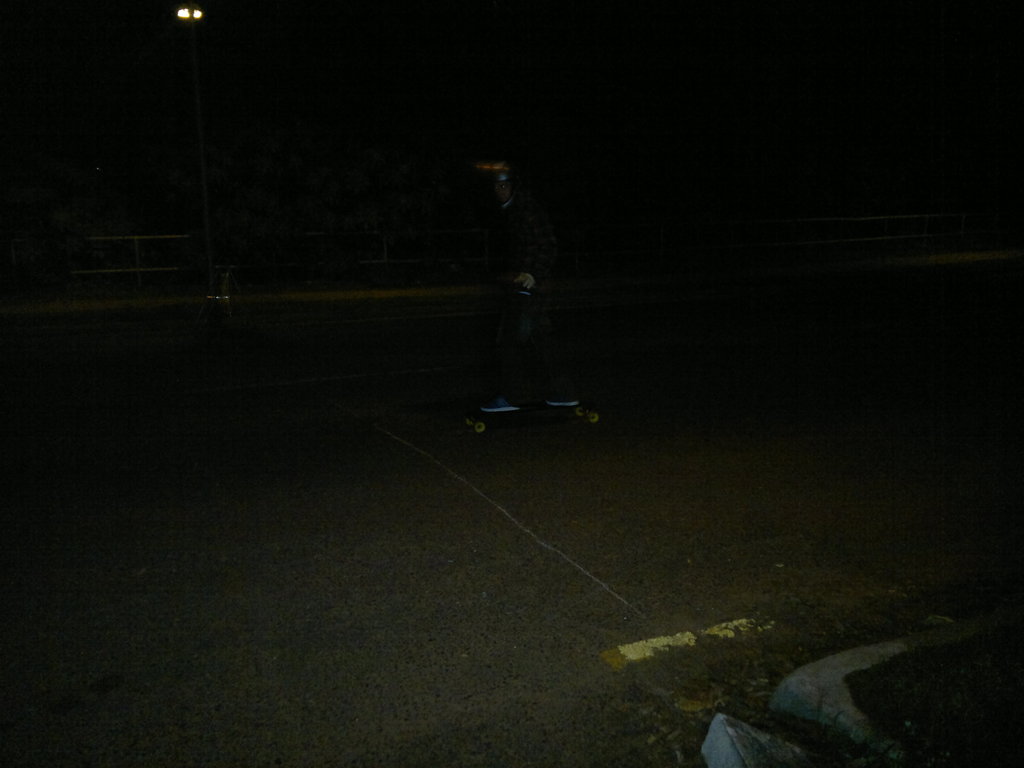 above- try figuring out the winners in this light. above- skaters go mad for prizes! The sponsors were super generous!

So i rocked up to mike's house stuffed around skated the plan B hill which may have been a mistake cause i should have headed straight to the race hill to suss it out so i could have got it dialed. But i wasn't in it to win it. ( The race ran much smoother after i got some dude race in my round three heat and decided to make sure i came last. So i could actually follow the draw i had done up.)


As i first approached the hill it was traffic central and i was thinking "am i nuts."


There was the odd random "Jake" running the hill in between traffic, and a lot of puzzled looks.


There must have been at least one person who called the cops cause right on cue after heaps of practice runs, i was just trying to have a safety meeting to get us started, and the cops turned up. With their side of car search lights beaming and going slow along the hill............ Gut sinks to the ground and out your toes, UUUUGGGGGGHHHHHHH.........


Car parks were mentioned and plan b hill discussed...........words of wisdom from Matty down the two way. "lets sit it out for 20 mins". We were on our toes as there was a enough cars to keep things interesting at the start line. But thing ran relatively smooth once i managed to explain the draw to a few people.

There was some ripper racing all night.


I can highly recommend the repercharge format that bugs cooked up for me.


28 races in total and relatively easy to follow if you know how it works. A bit hard when you have been asked to do it second hand under a tree by torch light when 007 is racing. All the kinks ironed out, and it was sweet. 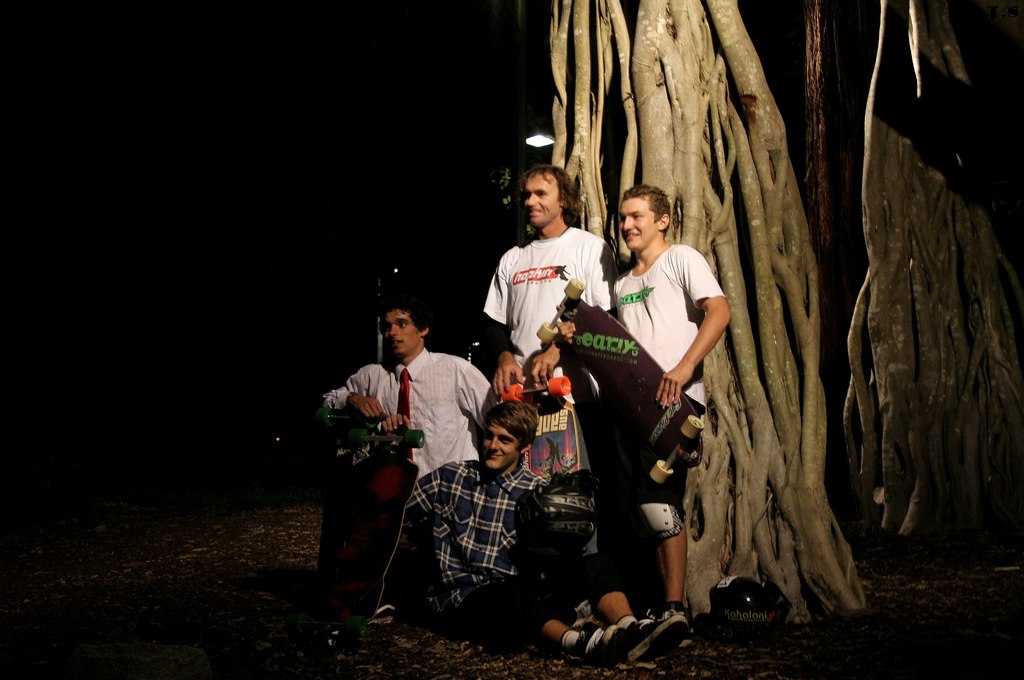 above- Mike English, THE CHAD, Benbro and Ash.


If i have spelt names wrong, forgotten good stuff, or misquoted anyone i am sorry but i have to say a big thanks to all the guys and girls who came. 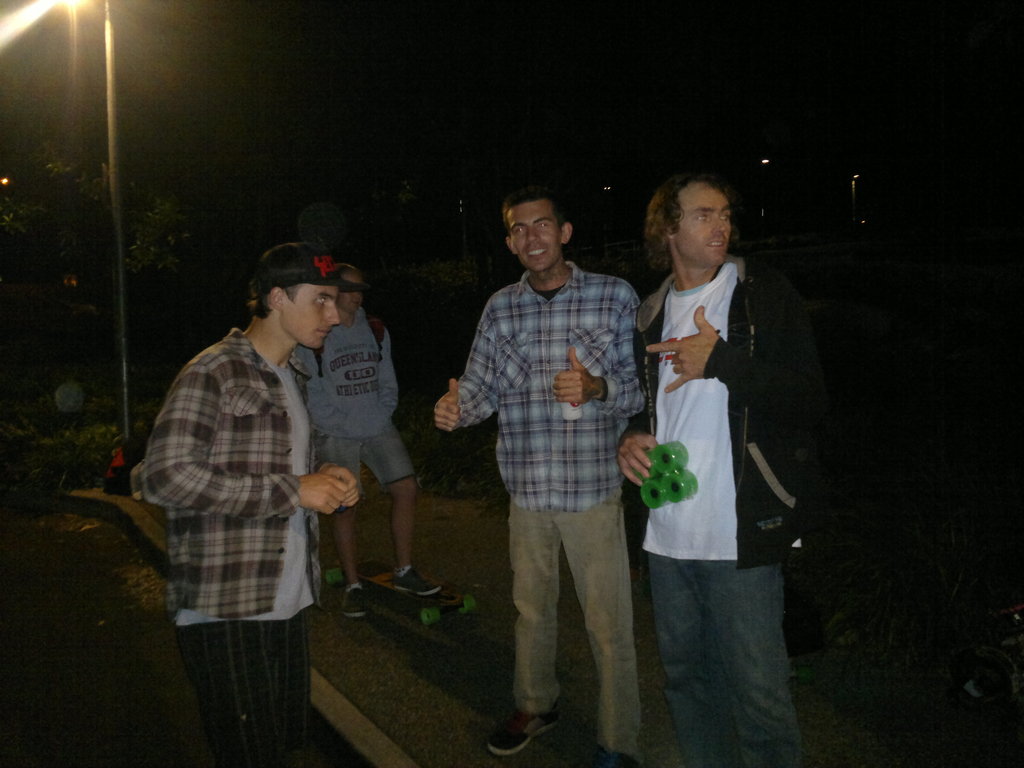 It's all good, there's always next time!

Premium Member Comment by Adam on July 1, 2011 at 10:49
You did know about the date for weeks leading into it. What you have said here suggests I contacted you last min. Which is not the case. Goodtime's name was down as a sponsor on the event page for around three weeks.
No disrespect but it was well organized.

Premium Member Comment by Arbi on July 1, 2011 at 16:50
Cheers A and good on ya for doing it! have to get Skatement on the podium next time.

Premium Member Comment by Adam on July 1, 2011 at 22:49
Cheers arbi.
Just all the raddest skaters have sponsors and dont ride my boards. You should see the latest board I'm doing right now.
Yew

maybe you should change that adam ;)