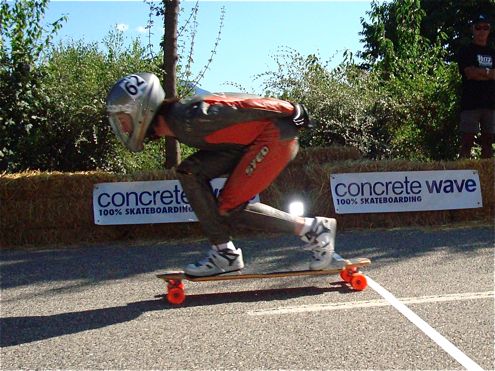 Pilloni and Kelly have definitely raised the bar this year with their stand up slides, pre drifts and no hands down cornering skills. Three-time World Champion Martin Siegrist (SUI) moved into third when he turned in the fastest time of the second run. 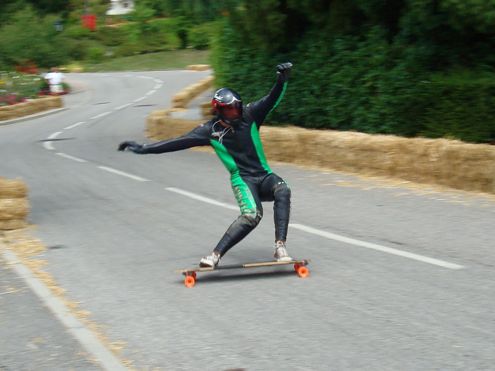 Christoph Batt (SUI) turned a lot of heads when he qualified fourth. Mischo Erban (CAN) rounded out the top five. Many of the downhill skateboarders were fighting to get enough grip on the incredibly technical 1.5 km (1 mi) course.

Both Patrick Switzer (CAN) and reigning World Champion Scoot Smith (CAN) commented that they were sliding and trying to find different combinations that would allow them to hook up. Scoot also said he was trying some different cornering techniques in an effort to find more speed. He feels confident that he’s well positioned for tomorrow’s race. 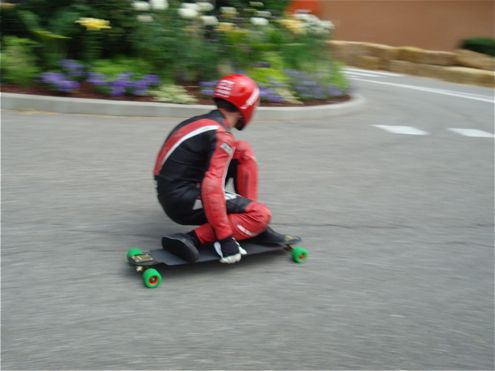 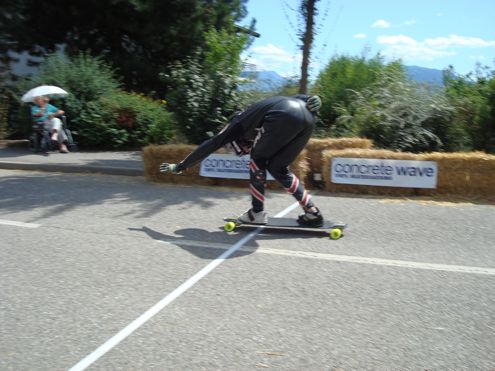 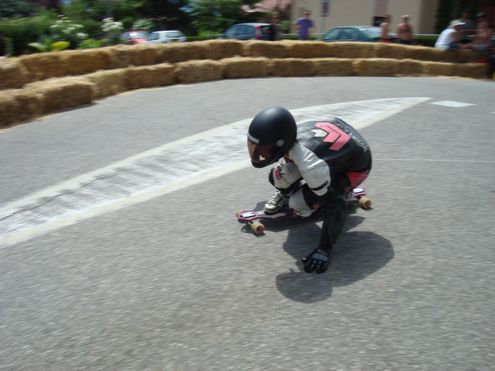 Rebekka Gemperle on her way to qualifying #1 in the Women's DH. Photo Marcus Rietema
Rebekka Gemperle continues to improve her downhill skateboarding skills and outskated a strong Women’s field to qualify number one. The former Inline Board rider from Switzerland began her transition into downhill skateboarding last year. Since that time she has progressed from surviving a run down the track to beating notable female skaters like Bettina Luginbuhl and Sarah Hodel. She is excited for tomorrows race after earning her first number one qualifying position. 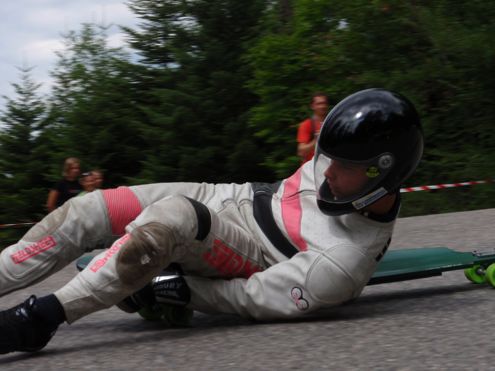 Comment by Joe on July 26, 2009 at 12:06
Good work guys another good result heading into finals. How the hell do you throw a stand up slide going that fast there insane.

Premium Member Comment by JamieGwillim on July 26, 2009 at 20:20
I did the same Robbo was lookin at the country.