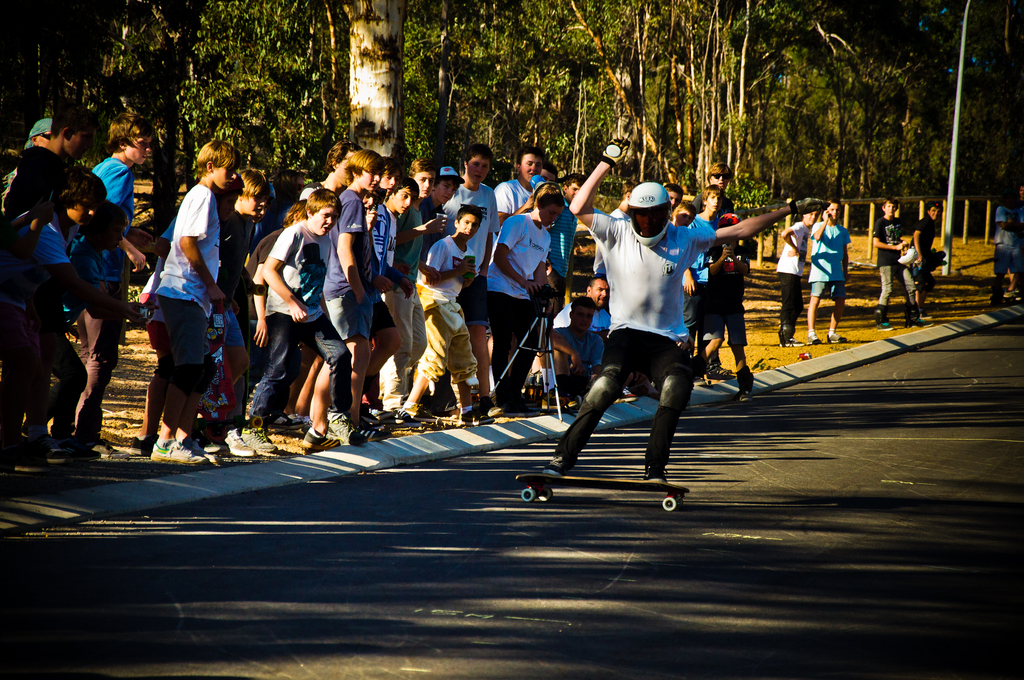 About four months ago, Daniel Wilczek flew in from America to undertake a semester of studying at a Perth university. He saw my video I posted of a Slide Jam I had co-organised back in January, and thought that he we could join forces and do a second, but this time, bigger!

From there we set to contacting sponsors and getting the word out. It was not long before we had got sponsorship approval from several large American and Canadian longboarding companies, and had more and more people joining the facebook page expressing interest. We knew that we were set for a lot of work ahead of us to pull off a very big competition, the biggest longboarding competition Perth had ever seen!

On Sunday the 27th of May we finally had our Slide Jam! By now we had received a huge amount of sponsorship, both locally and internationally and had received gear from  Landyachtz Longboards , Original Skateboards, Bear Trucks, Sector 9 Skateboards, Randal Truck Co., Skateboard Express, DAKINE, Orangatang Wheels, Momentum Skateshop, Daddies Board Shop, Vault, Loaded, and Hawg Wheels, and had also contacted the Australian Red Cross about holding some charity events on the day. The location we had stumbled upon after a tip off from Craig Bond and Alex Leith, a steep, freshly surfaced hill about an hour out of the city in a newly developed estate that had yet to have any houses built on it. Not a resident in sight, and a great park at the end for us to centralise around. We got to the hill at 9:30am, 45 minutes before rego was set to open, and already we had keen groms waiting for us to arrive. By 10:15am we had over 200 people at the location and by the time rego wrapped up about an hour later, we had over 120 competitors signed up. 71 groms (14 and under) and 52 'non-groms'.
We set the kickers up, and after a short rider's meeting, we got right into the day with a bit of a freeskate, before getting into the day's separate events. After a lot of debating and discussion between judges through a tough competition, Bayley Richardson took out steeziest grom and the 2012 Landyachtz Wolfshark after throwing down all day and nailing the ramps and uprail, closely followed by Simon Espinoza in second place with some crazy fast spinning 180s and Bryce Balestra in third place with his ability to mix it up with shovs and no-complies. Then it was the non-groms turn to hit the hill, and deliberating for the winners was not easier the second time around. It was another tough decision but Craig Bond managed to take out the top prize, a Sector 9 Annika, due to reeking of pure steeze all day and pulling out insane tricks that we had never even seen before. Caleb Bradfield came in second with some mixing up his runs with some crazy no-complies, and Jack Kent in a close third with some nice switch stand up checks. 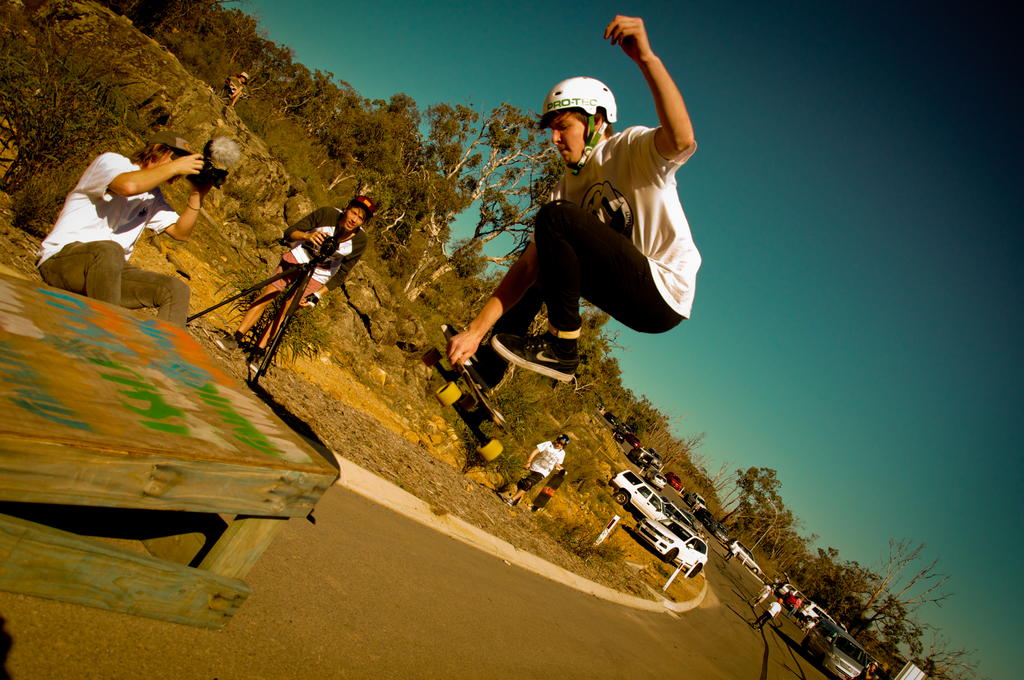 After everyone had grabbed a hot dog and a cool drink for the Red Cross fundraiser, they all found themselves a spot along the side of the road and we kicked off the ‘Longest Slide’ competitions. We hit it off with the Longest Heelside Standy competition. Groms and Non-groms were throwing themselves down the hill for the opportunity to claim the top prize, with several eating gravel and feeling the road rash. In the end, underdog Tim Green was able to pull out the win, smashing out a huge 104 foot standy on grippy conditions, pipping Jack Kent in second and Corban Fewster in third. Next was the Longest Toeside, Simon de Sancha was able to live up to expectations and pull out first place with Harry Oman coming in second and Liam Gnaden a close third. The last event of the day was the Longest Handsdown slide, Scott Bouyer came in third, leaving bright trails of thane in his wake. Jack Kent came in second as he was again outdone by the in-form Tim Green who macked in full tuck to snatch first place out of Kent’s hands with the very last slide of the day.

With all the day’s events wound up, everyone found themselves a place on the grass as we handed out the trophies and prizes to all of the winners, as well as a few bonus prizes such as Best Stack awarded to Siam Fishwick for his flying high speed fall in the Longest Standup competition, and Best Costume going to Jared Connor for skating the entire day dressed as a lion. After the raffle prizes were drawn and distributed, thanks were said and the free give-away product toss was had, everyone gradually dispersed and made their way home with a feeling of satisfaction and glorious stoke, completely spent after a long day of skateboarding. All in all, the day ran fantastically well, with all the great competitors, spectators and helpers making the day a memorable and stoke-filled event, bringing the Perth longboarding community together for some rad skating and for a good cause, with over $1000 being raised for the Australian Red Cross and Eternity Connect.

A huge shout out to all the sponsors for putting their faith in us to pull off this event, without them this event wouldn’t have been what it was!  Biggest shout out of all to Daniel Wilczek for coming over from the US and helping put together this great event for our longboarding community! Without him, this Jam wouldn’t have had half the sponsors that it did!
Also a big thanks to all the guys who helped out around and about on the day, life savers!
Looking forward to holding more competitions like this in the future.

Is there an edit yet?

there's a couple.
http://www.youtube.com/watch?v=QOVZNSej1Ak
that shows the day pretty well.