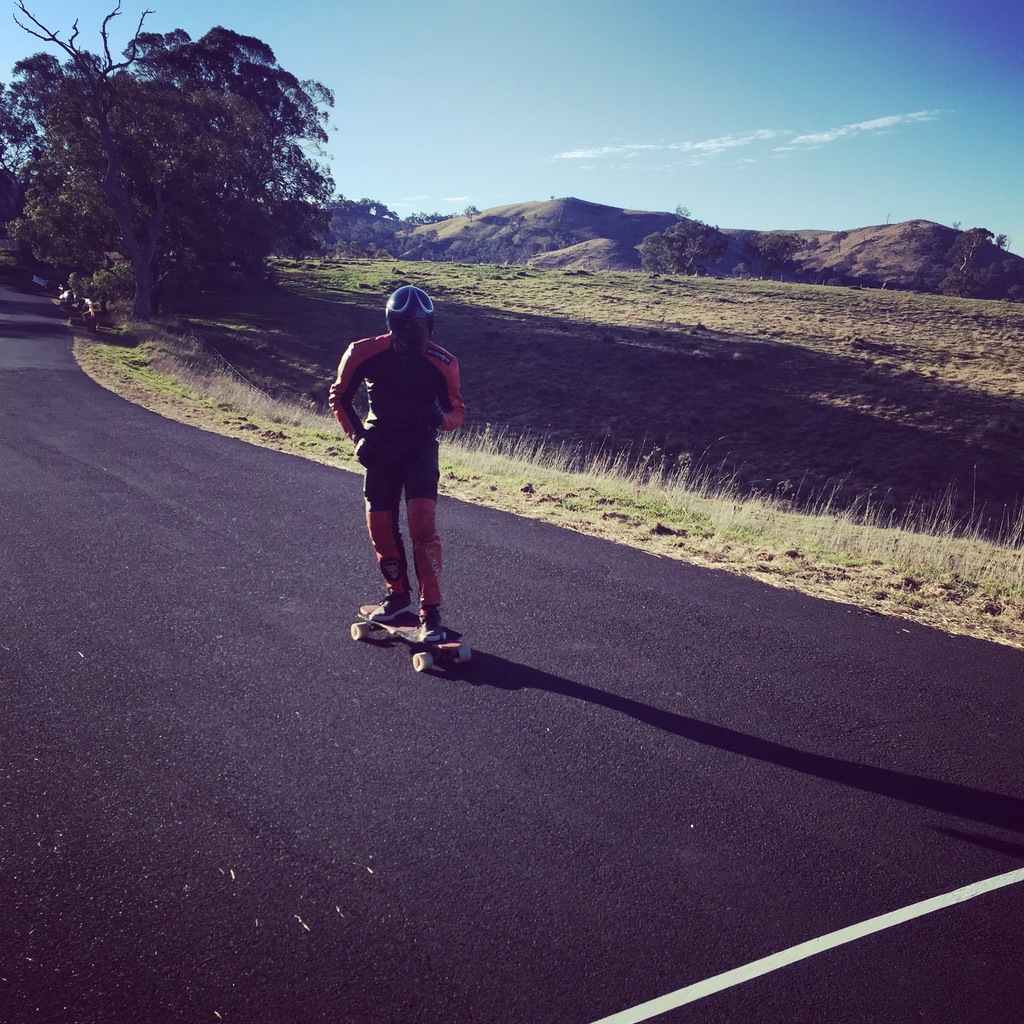 First day of Wild Wild West (WWW) was all about the juniors. There were 18 racers in the junior category, and they pushed their limits on a fast track.

Jackson Shapiera, race organiser, stepped up the race to a sanctioned event in 2015 and started the course from the top of the hill. This made a fast start, competitors accelerating easily to 70 kmph in a short space and into the top technical section.

Most of the days crashes happened in this top section, seventeen in all.

Practice runs and freeriding in the morning, and the junior races started after a Jason Wright BBQ lunch, NACCOS style. 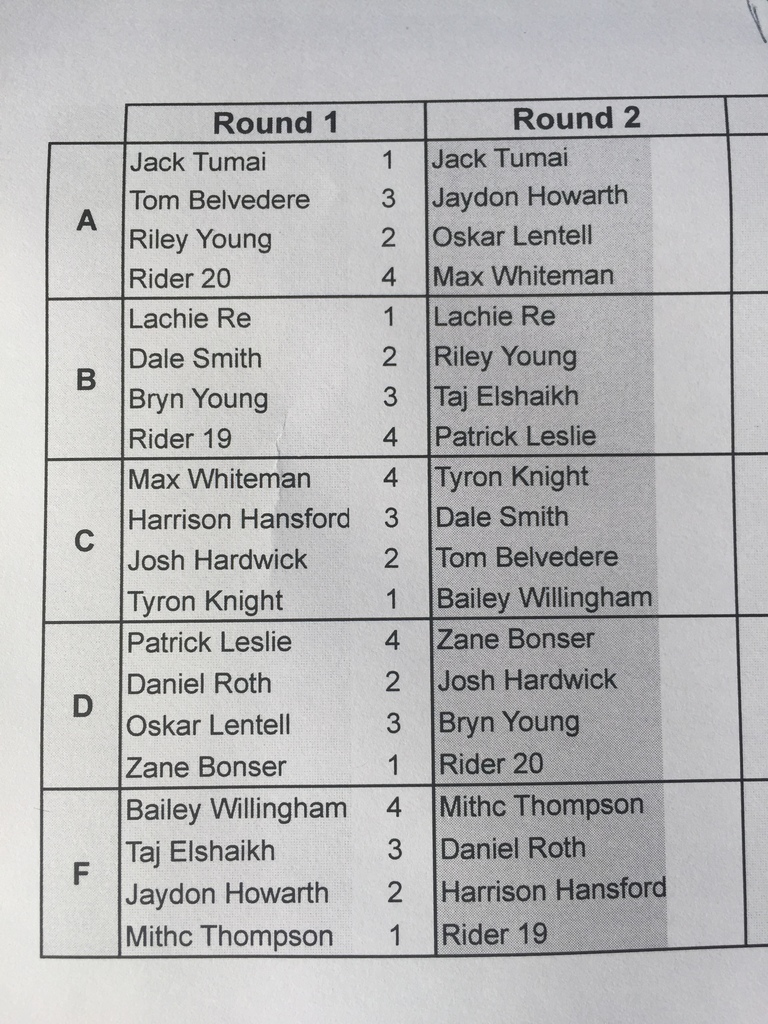 The juniors ran three rounds to determine a 16 man tree. After three rounds, we lost a few racers due to crashes and injuries, so we went straight into a 8 man semi final race.

The junior semi finals were: The opinion on the hill was Tyron was the favourite. He had recently returned from junior IDF racing overseas, and looked solid all day. However this was Mitch Thompson's backyard, his local. There was no way he was going to let Tyron take an easy win on his home turf. Every race today with Tyron, Mitch stepped it up and won. So was Tyron foxing? Saving his best for the final?

The junior final was the last race of the day, sun was going down, hill starting to chill. All four competitors pushed out hard. Mitch, the top qualifier, out in front, tucking into the first corner. Tyron dropping in behind to draft. The lead changed four times through out the race. Tyron taking the lead into corner 2, the top technical section, but Mitch regaining the lead at the bottom of the hill where it counts...the finish line! Awesome racing from two of Australia's top juniors.

All the juniors stepped it up on Saturday. It was a fast hill, challenging and great to see skaters travelling to compete from all over Australia.

Big thank you to all the parents who took time out to drive their kids to Lithgow to compete.

The real MVPs of the day were all the volunteers. ASRA is a volunteer organisation, nothing happens without the community. We had mum's on check points, and parents volunteering on course, skaters on BBQs and traffic patrol. 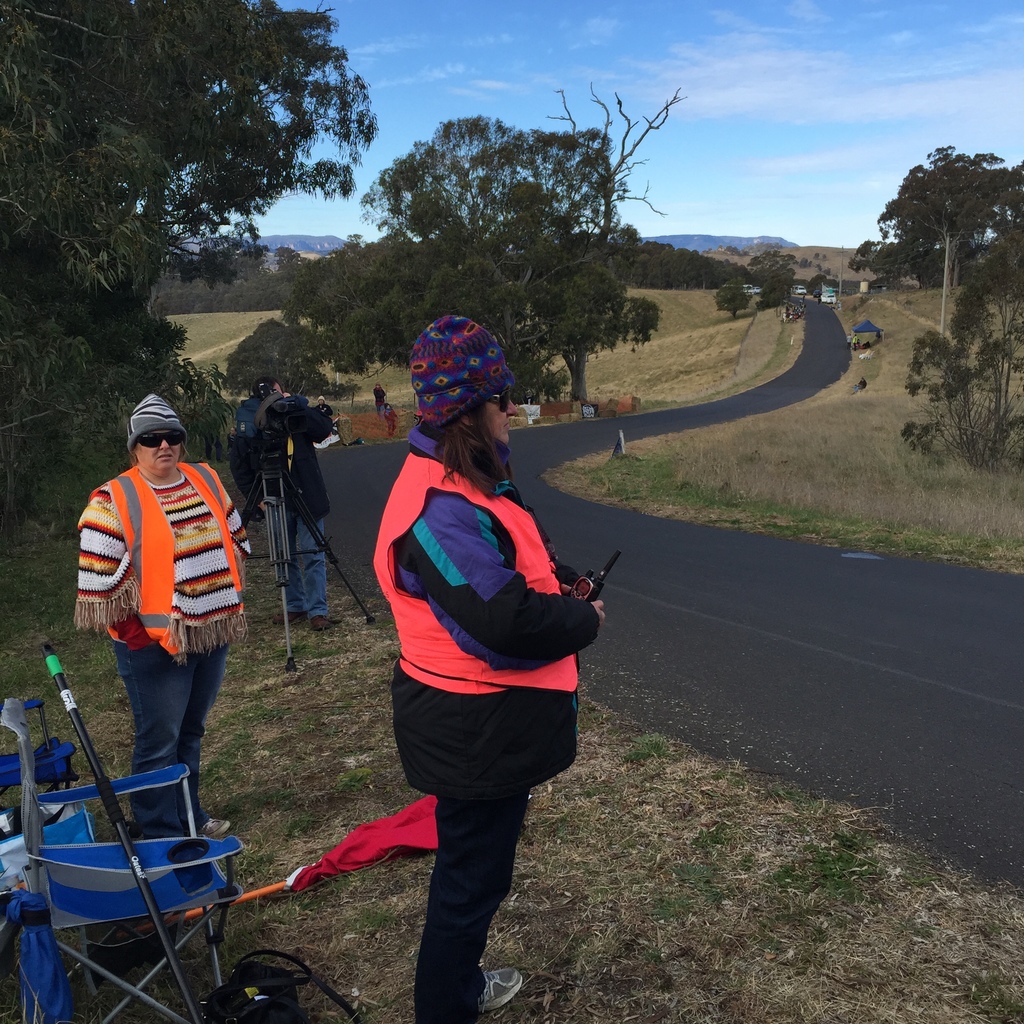 Mum's on the checkpoint!!!

A huge thank you from ASRA.

Today (Sunday) is open's finals. Will it be a Duber, Benbro, Bast final? Or will the groms, fresh from their junior racing, spoil the party and knock out some big names?