As long as we beat New Zealand 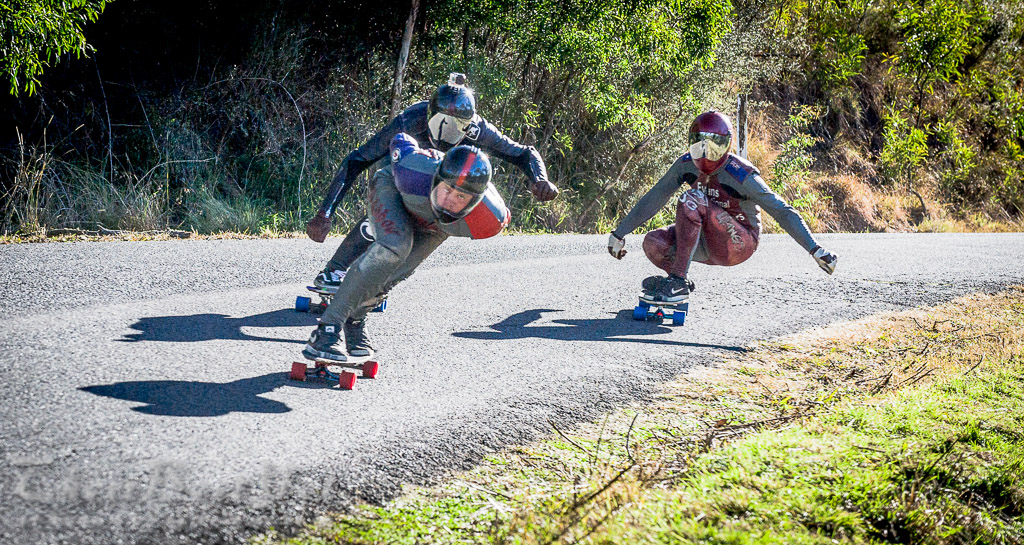 There is fierce racing rivalry in Australia, tribe vs tribe, crew vs crew, state vs state. However, there is one thing we can all agree on, we don’t care who wins…as long as we beat New Zealand.

New Zealand sent over some real contenders to the Wild Wild West race in July. The Banks All Star’s sneaked into town, with the sole purpose of stealing our silverware and winning our race.

First day of Wild Wild West 2015 race was all about the juniors and practice runs. It also had the effect of wearing out the juniors so they were no threat when Open racing started on Day Two.

There was a simple plan for Day Two: 40 riders in a 64 man tree. Smash out racing until the Quarter Finals. Lunch. Freeride to unfreeze the leathers. Finals racing,  and get finished early and ready for beers by 3pm. Jacko executed the plan to perfection! It was a race against time, could we finish the racing before all the haybales were stolen!

The juniors were bustled out in the early rounds, however Mitch Thompson and Zach Goodwin making through to the quarter finals. Both raced with great skill all weekend.

The finals racing brackets was just sledgehammers on skateboards.

Semi Final A was Brennan Bast, Zach Hewitt, Josh Evans and Benbro. With that much talent, it could have been the final. Three of Queensland’s fastest skaters and NSW legend Ben Hay.  Bast and Jevans blasting through to the final.

The other Semi Final was Patrick Walker, Phil Cumming, Roy Churchland and Callum Mathieson. This was the dark horse semi. All of them super talented, but progressing through the draw quietly. Patrick Walker has been in form this year, making an IDF final in Philippines, plus a good showing at Mt Ruapehu. Roy always races hard into every corner, especially when matched up against Kiwi’s. We put the last two Kiwi’s (Phil and Callum) in a semi final together hoping they would knock each other out. That didn’t happen, Callum Mathieson got through with Roy Churchland to make an epic final.

You can see the final from Callum’s perspective in the video below. Gives you an idea on how fast and tough this race was. The final was Brennan Bast, Josh Evans, Roy Churchland and Callum Methieson (representing all things Banks). Basically Queensland vs Kiwi.

Brennan was solid all weekend and the final was no different. His big stomping start won him the race. Push into the lead from the first corner, stuck every bend, grippin and stickin, floating over the odd road chunder, sweeping through the finish line for a well deserved win. Callum grabbed second for New Zealand. Crash of the day was between Roy and Josh, neither giving an inch on the last corner, both tasting haybales. Both fought like brothers, punching, pushing and eventually Josh fell over the line for third.

Big thank you to Jackson Shapiera for organizing an awesome weekend of legit racing. He stepped it up from outlaw to sanction race this year.

It could not have happened without the sponsors, please give them some love:

To the volunteers, you guys were amazing. We had groms, mums and skaters on corner patrols and race radio. Fixing haybales, calling in fallen skaters and rogue farmers in utes tearing through the course. Ambo’s and Lithgow Rescue Services were as always: patient, understanding and patched up our wounded. 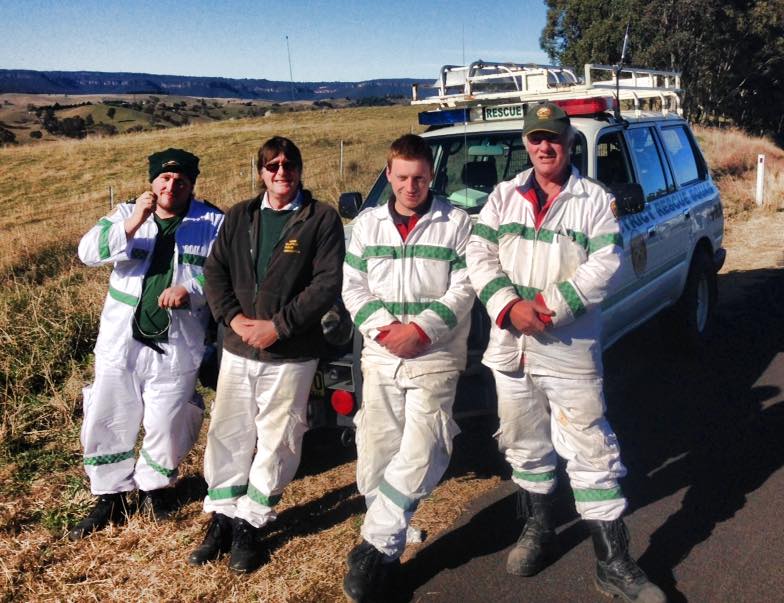 Shout out to the Shapiera crew of Freshwater and extended American family. Mum, Pip and Jacko’s bff were there as always helping Jackson with a HUGE amount of work and support.

I can’t thank everyone, but big shout out to the bus drivers, Majestic Tours for the shuttle bus, Lithgow Council, BBQ beef eaters, stoke supporters on the hill with cow bells, random strangers sweeping hay from the road and the dude in a onesie that started a fire (I might have made that bit up).

It was a fun weekend for our downhill community. If you were not there, try to make it out for the next event. 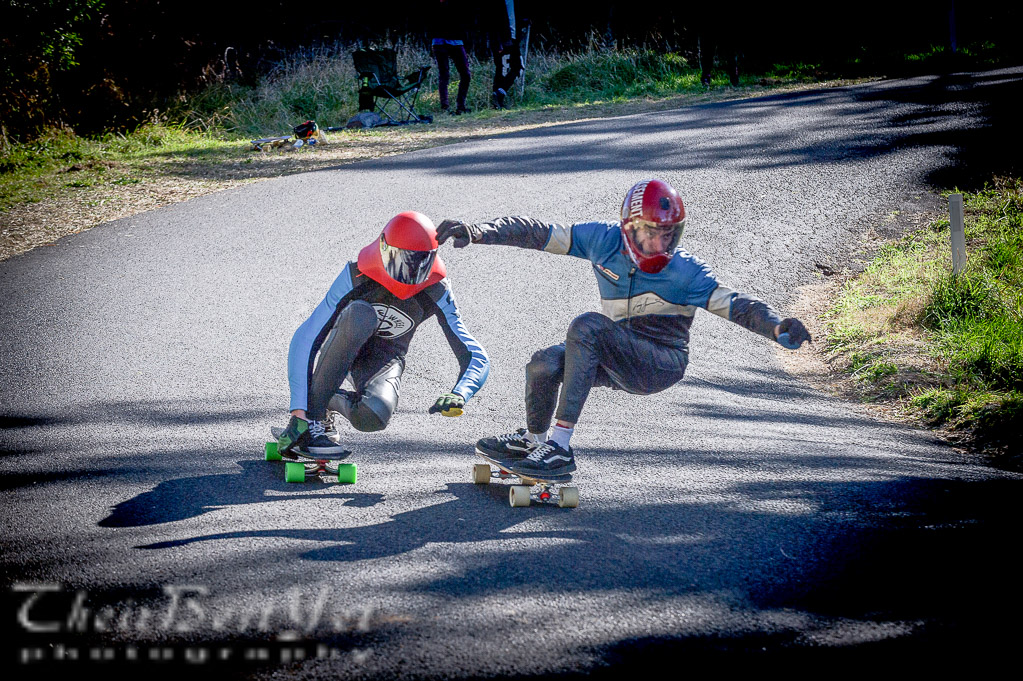 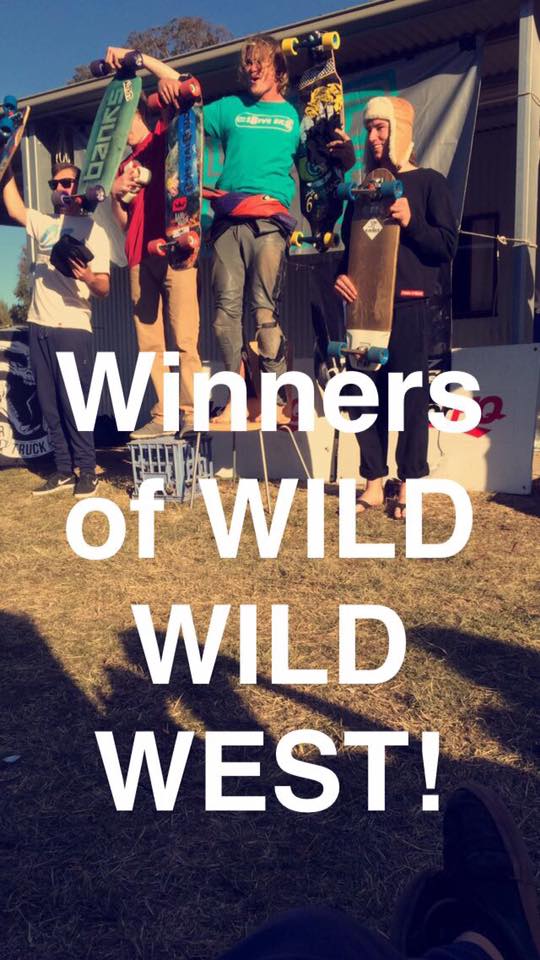 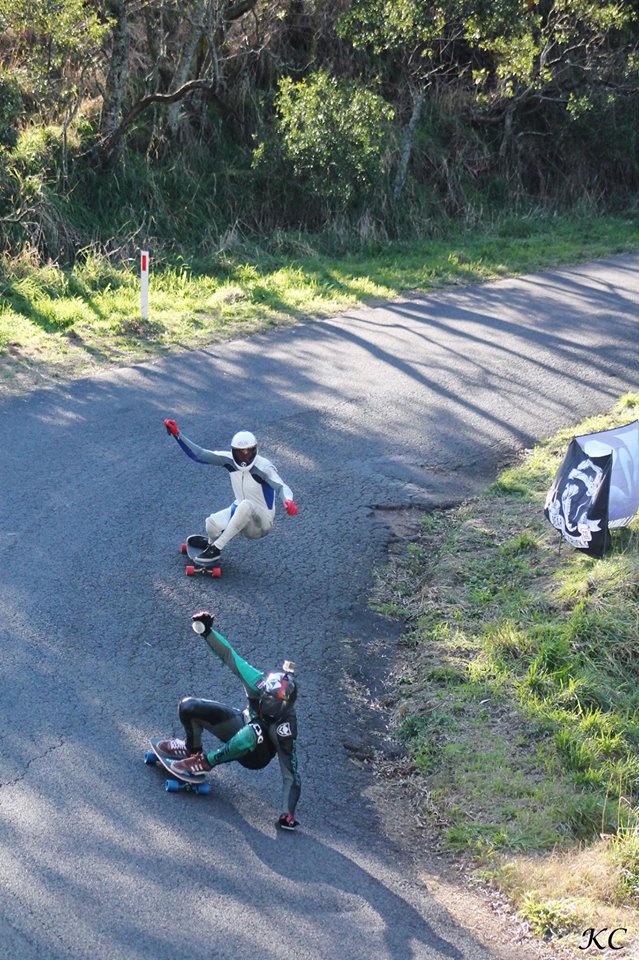