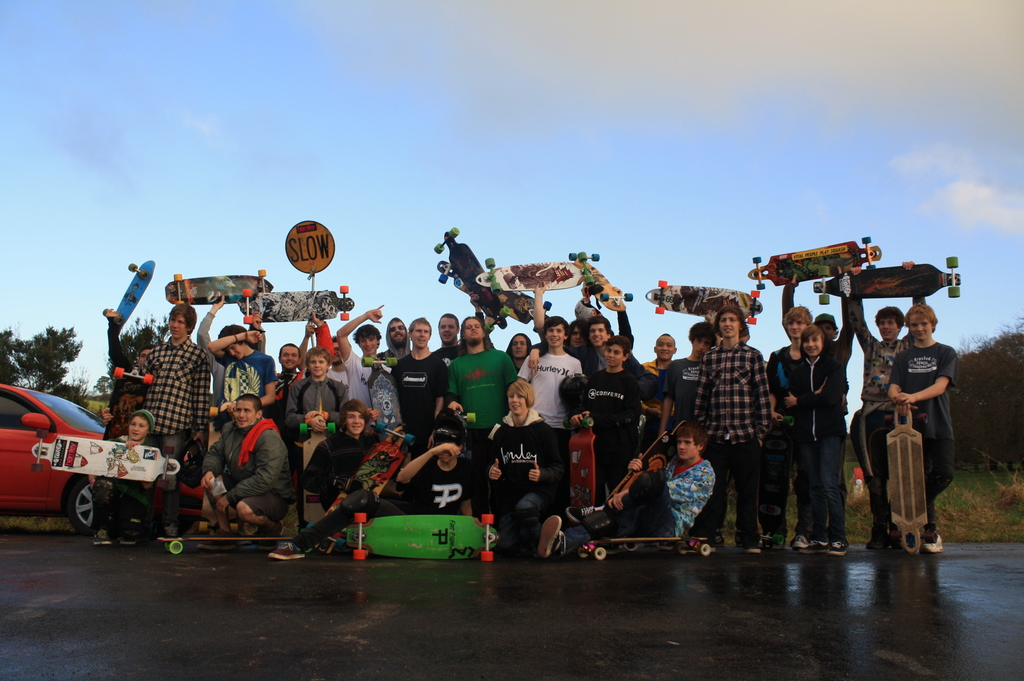 The weather forecast had not been looking good for a whole week leading up to the race, but a whopping thirty seven riders (not counting spectators, bystanders and photogs) actually showed up to take on Kongwak Road, rain or shine. The drive to Kongwak was ominous. Dark clouds as far as the eye could see and rain about half an hour out. Crossing our fingers and closing our eyes we chanted to ourselves “it's-not-raining, it's-not-raining, it's-not-raining” and magically, just as we approached Kongwak, the clouds gave way to blue skies and sunshine. 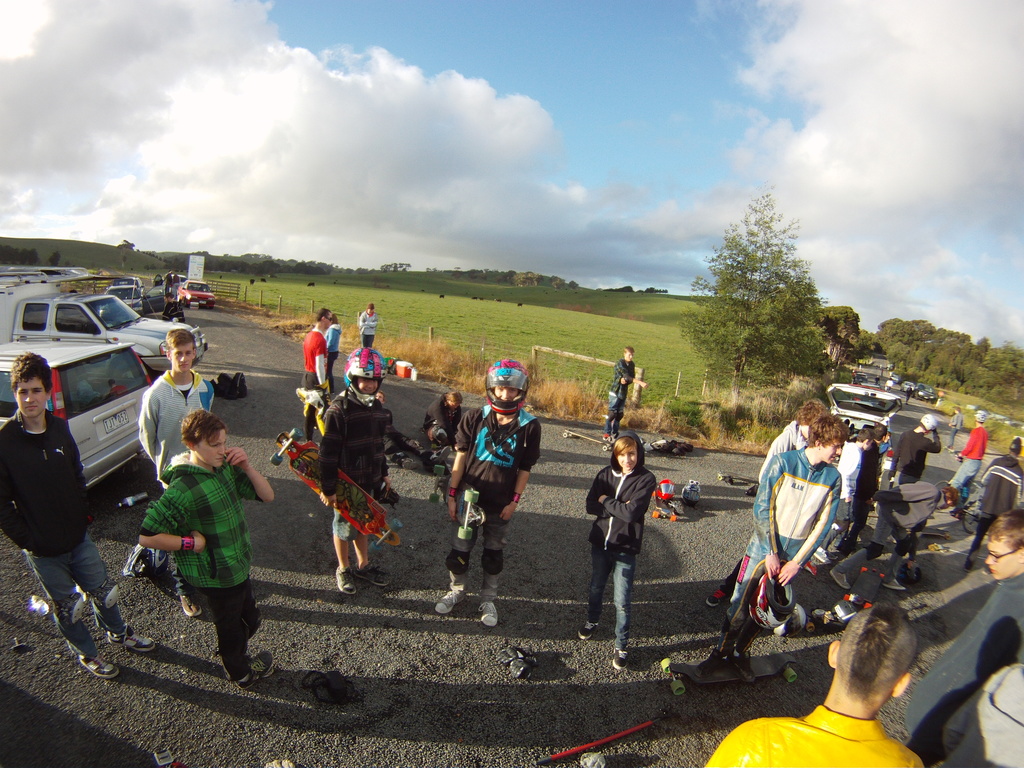 The dark clouds had left the course wet, but ever stoked to be there, most took one look at the road, shrugged and bombed that hill. The gods of gnar were so impressed by their balls that they allowed the corners to dry the quickest. (Some attribute it to the corners not being sheltered from the sun but downhill witchcraft is equally reasonable). Inter-stater-skaters (some who drove overnight) wept as the track went from drenched to dry in under an hour thanks to strong winds and sunshine dried up the track just in time for racing. 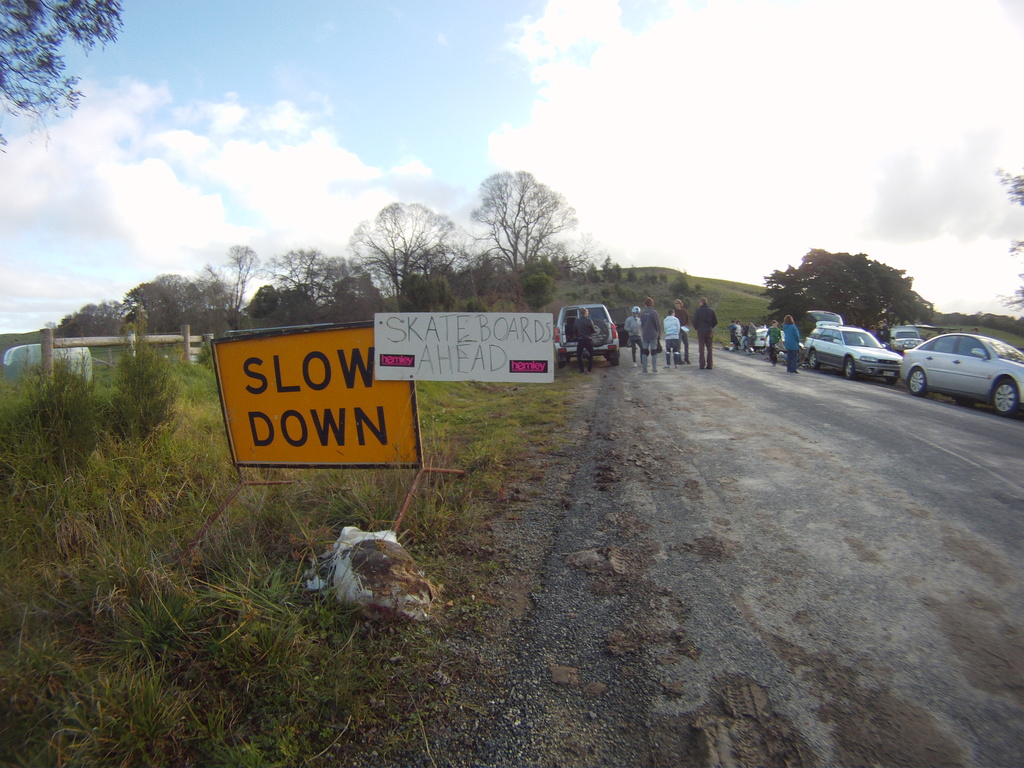 Random round robin racing was the format of the day to give all riders three heats minimum. An additional final would determine placing of the top eight. Racing was intense, and even in the dry, that-bloody-left-hand-corner took responsibility for a hilarious amount of crashes even claiming the likes of Callum, a favourite to win. (BWAHAHAHAHA) 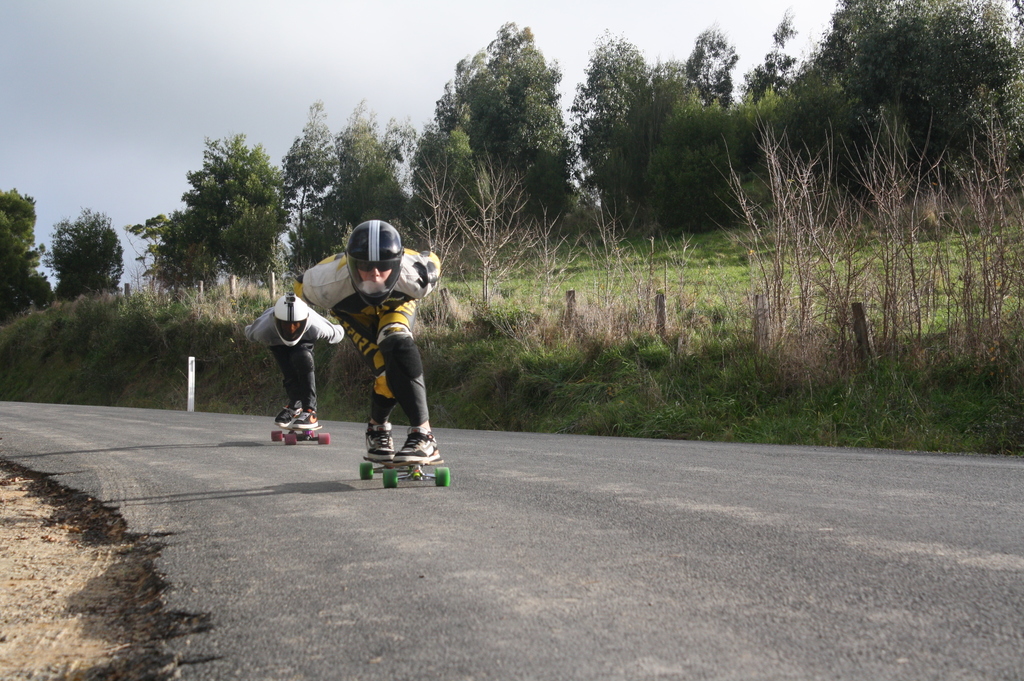 Edit: Pictures are up!

With fast esses leading into said left hand sweeper, the race was highly tactical. Too quick into the lefty and you would eat it (haha, Callum) too slow and that dude up your arse the whole time would sneak past you. Traffic was minimal and managed by walky-talkies allowing for a ridiculous 27 heats to be run. Eight four man heats and one five man heat per round. Groms made a spectacular showing, making up about a good third of the riders, some even with as little as 8 months riding experience were taking on the hill. The atmosphere was totally relaxed, friendly and stoked as everyone cheered on the little dudes shakily making it across the finish line. Unfortunately, as the final heats wound up, it began to pour. The same winds that dried the track and offered an exciting cross wind through the esses brought the rain back. The points leaders decided to call off the finals for safety reasons and the prizes were split evenly among the top three, who tied by winning every single heat. They were:

All clearly used performance enhancers. Jarrod rocked a half shell so his crazy ass beard cleave apart oncoming wind. Juan sported shorts and tattoos instead of kneepads, scaring away any head wind. Will, um, his leathers were RED (noone else had red leathers. Coincidence? I think not)

Rupert took a commanding first for groms while Chris O’Brien and Jack Glenn tied for 2nd/3rd. 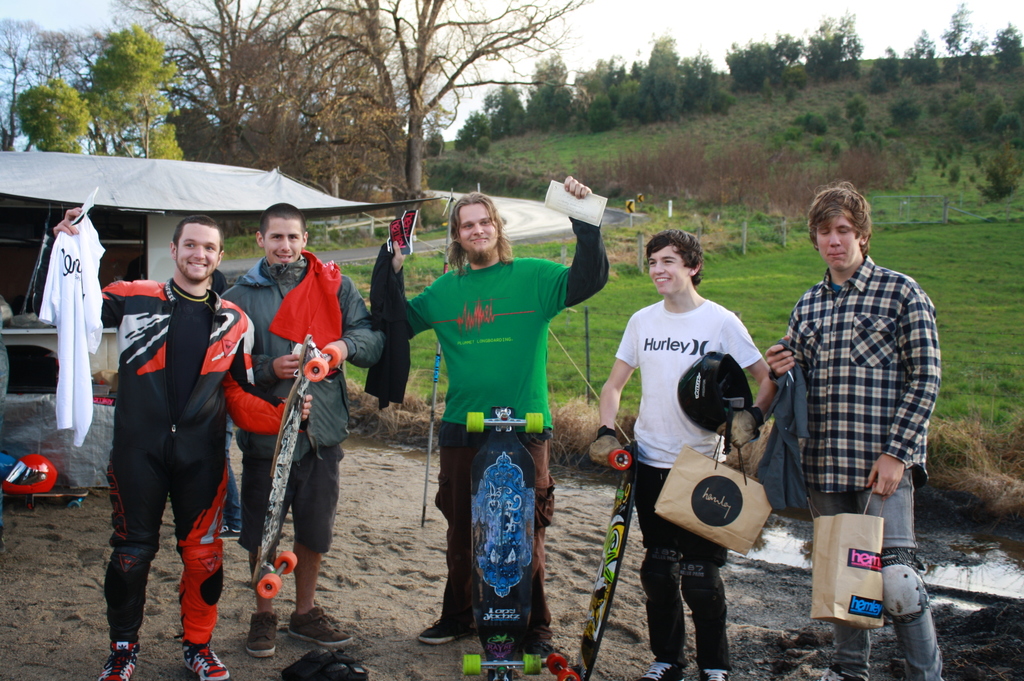 Rupert ran off into the hills giggling to himself after receiving his prize never to be seen again. Sort off.

The winners were announced under a tiny leaky tarp and were showered with cash, gold and women, courtesy of Hemley Skateboarding.

The highlight of the day was when a cop car rolled up following the only complaint. Imagine the look on his face when he asked to speak to the organiser and 14 year old local, Louis Tragear was called forward. Hats off to this little ripper who took the time and effort to put this event together. Much thanks also to Louis and Patty’s dads as for providing the shelter, drinks and TLC. Special thanks also to Callum + Dan for volunteering their cars as taxis, anyone who manned the walky talkies and everyone else for turning up despite the weather. Special thanks to Lucia for taking these lovely pictures. 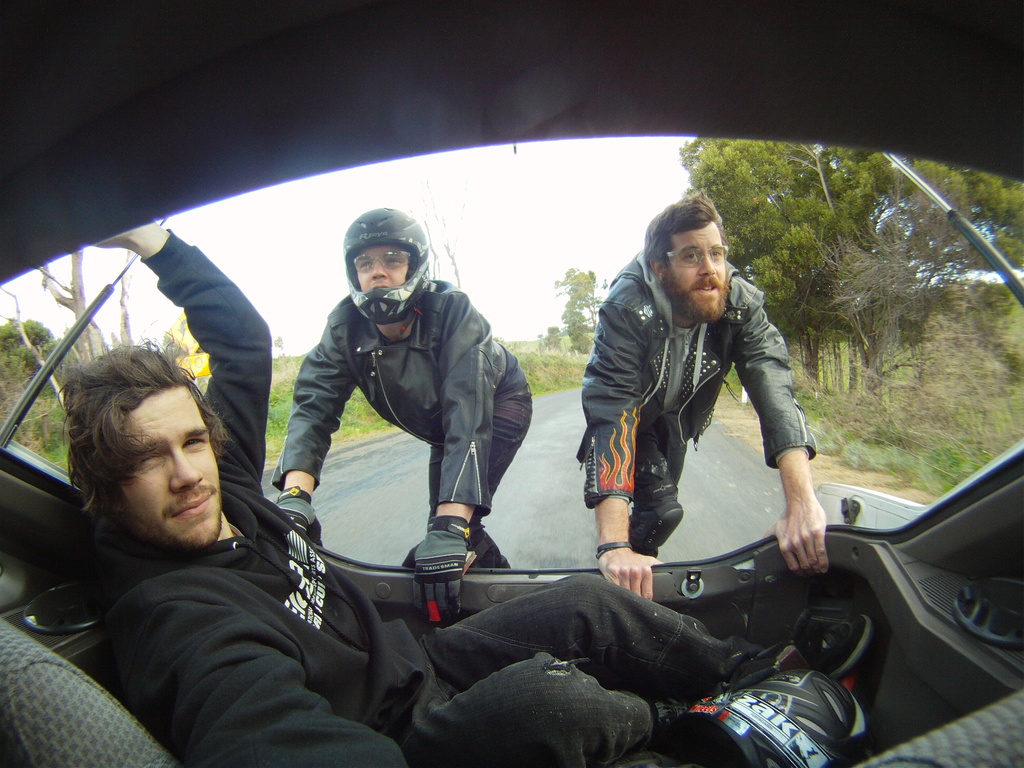 Also these guys for pushing those lazy lazy cars.

Of course, not forgetting Hemley Skateboarding for supplied the prizes and sponsoring the event because braggin rights weren't good enough this time. Only kidding! Melbourne longboarders, support your local shop (Hint: it’s Hemleys) and future events will see more booty up for grabs.

There’s already talk of the next Kongwak race on a neighbouring hill thats twice as long and I'm pretty sure anyone who was at Kongwak will tell you, they can't wait for it.

Till then, shutup and downhill.    <- Team Melburn will be making a t-shirt with this slogan, so hands off!

I give you this sick edit by Jason Sadjek, Andrew Bodon and some other pictures. 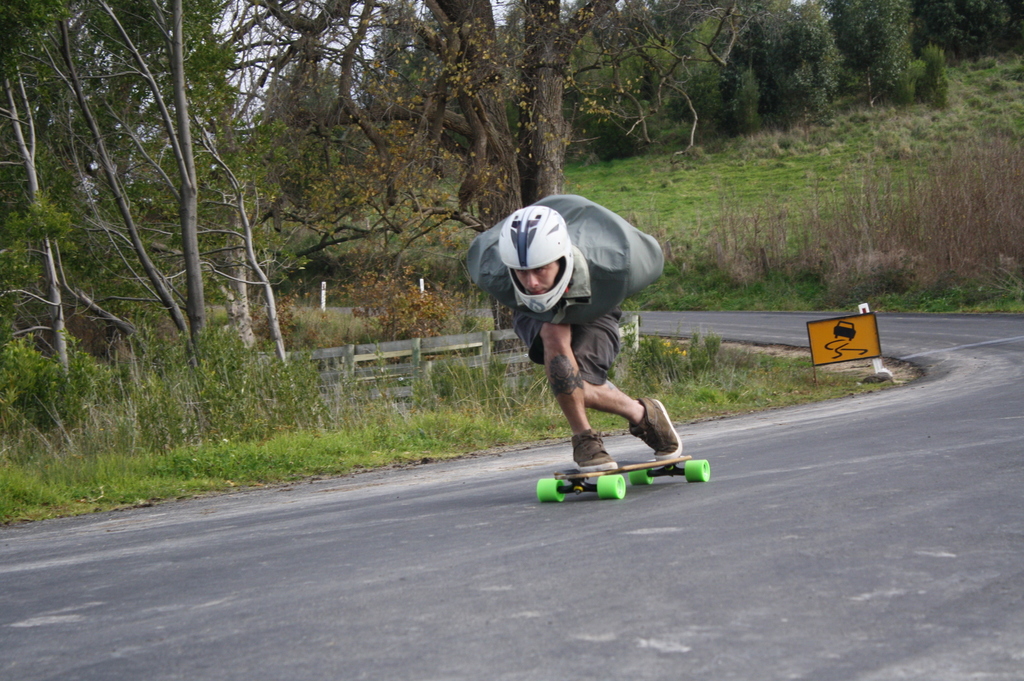 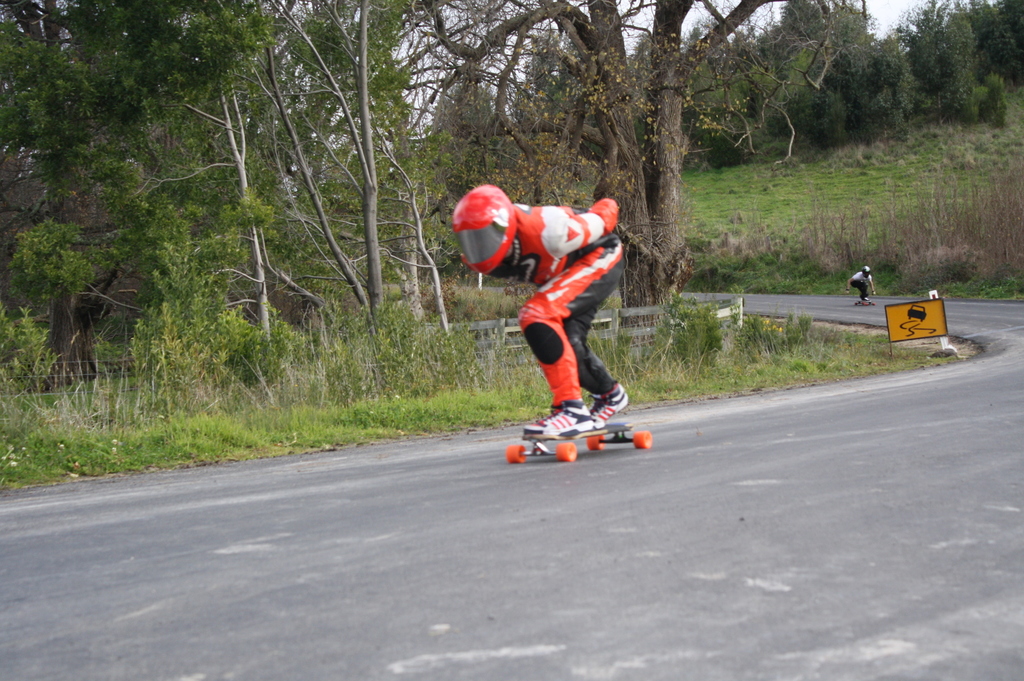 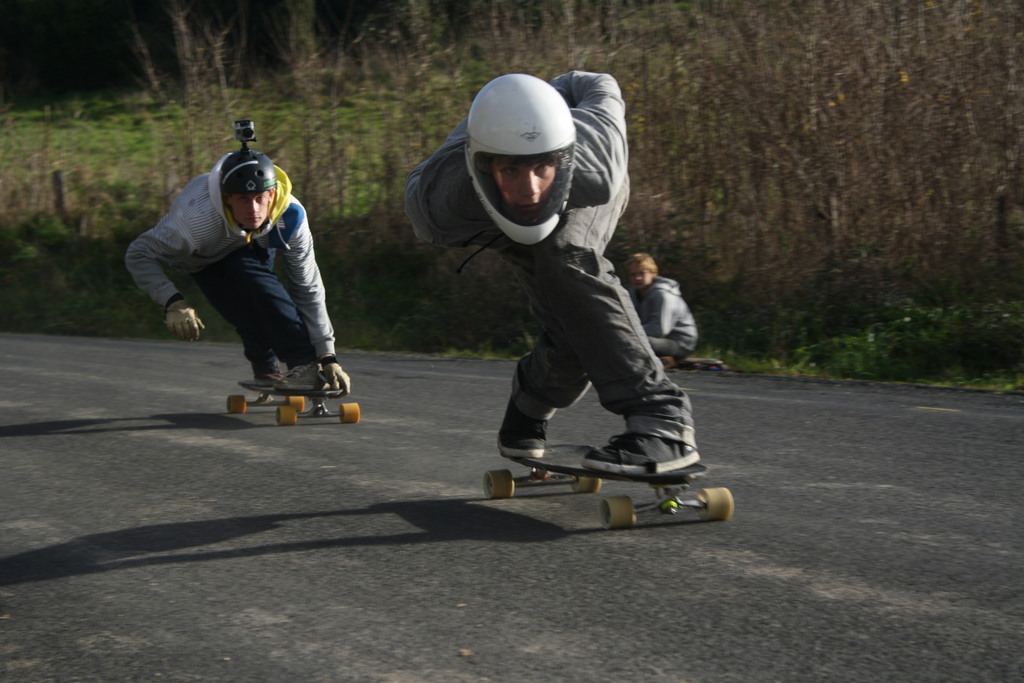 Rupert, king of the groms. 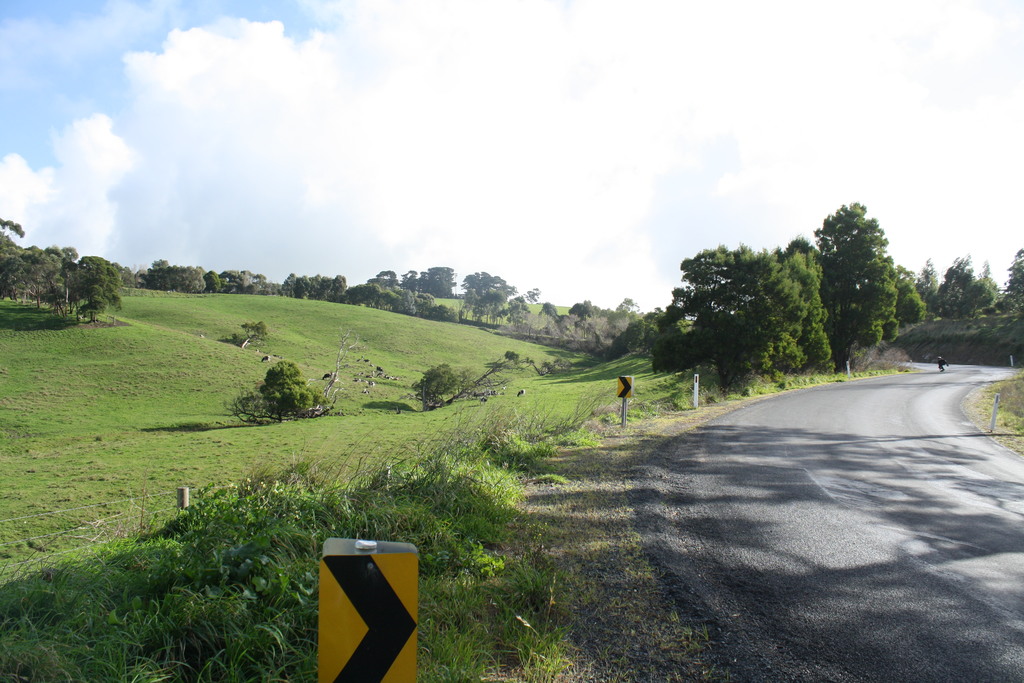 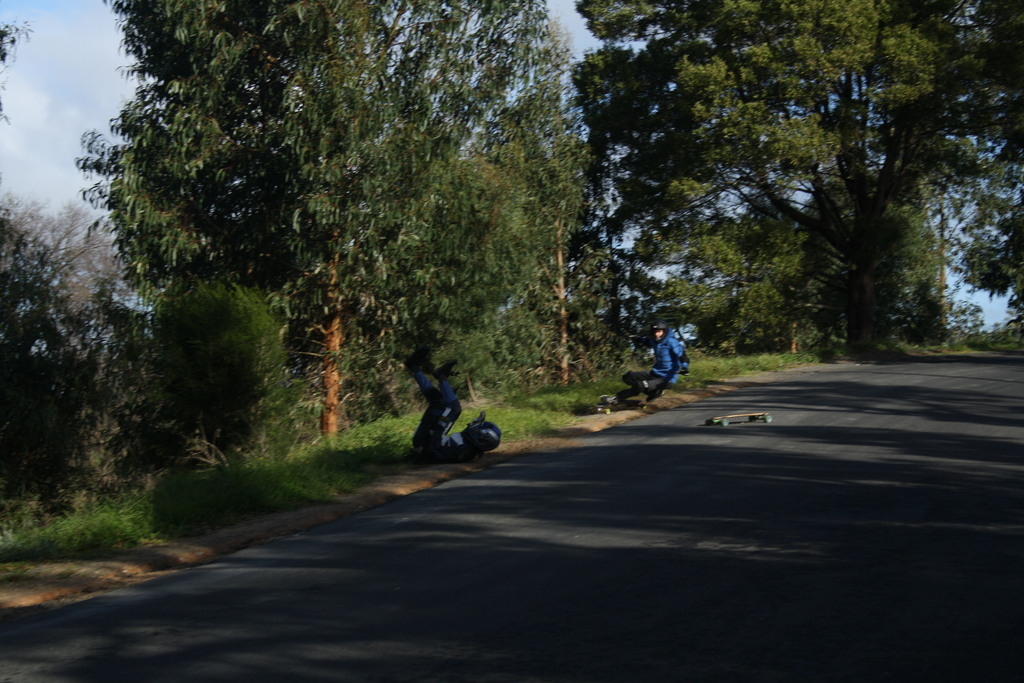 He meant to do that. 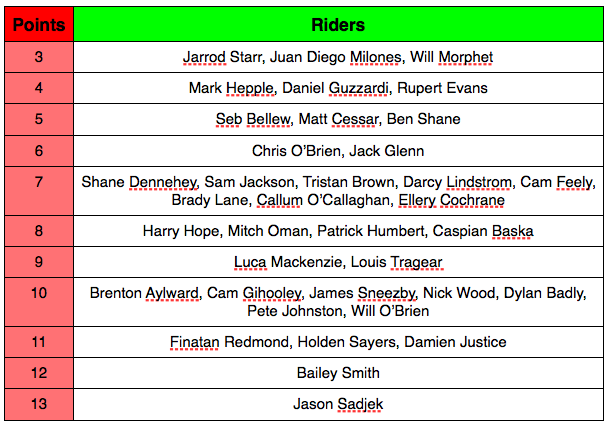 Points are sum of placing from each heat

Comment by Jarrod Starr on June 20, 2011 at 19:11
Haha, Sydney's viking..I like it. Great write up! Was an awesome day well worth the the 14hrs and sleep deprivation that came with the trip down. Cheers Louis/parents that made the day happen and Hemley for sponsoring the event. Look forward to this new track you speak of.

Premium Member Comment by shane dennehy on June 20, 2011 at 20:38
hahahaha viking J man was worth the drive alright champ definently look forward to beating ya on the next event most likely on this new track u speak of... thanks to all for the free food and drink those muffins got us home am keen for the next road trip down there

Comment by Jarrod Starr on June 20, 2011 at 21:05
Hahaha your a dreamer ill give ya that shane'o..I look forward to laughing at ya as fly past ya...yeah the free food definatly got us through journey thanks everyone.

Comment by Fintan Redmond on June 21, 2011 at 19:54
sick day had by all, thanks a lot to everyone who helped organise it. this was my first race and i am so glad it was because it was a great experience to be had. only problem is..... this now has me so STOKED! and this is the only race in Victoria ah well i might be heading to the hopkin school of speed so maybe that will keep my hunger for downhill and races at bay......................... for a while