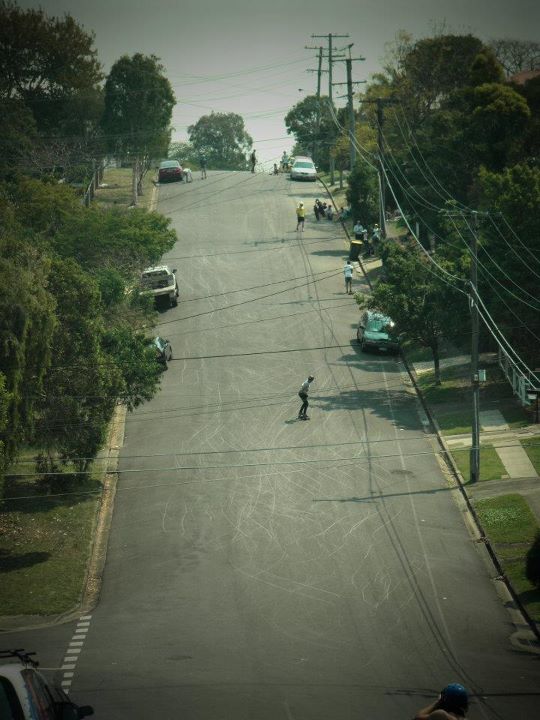 Videos, Pictures and other stories have surfaced from the Brisbane Freeride Event, so I thought I would take the time to write a more in-depth recollection.

The creation of this particular event began roughly two months ago through a facebook group. When it first began it was merely an idea, but the group quickly grew. Monday the 19th of September at Coronation Street in Bardon, was established as the time and place.

After a heap of discussion through Facebook and ASRA the day arrived. 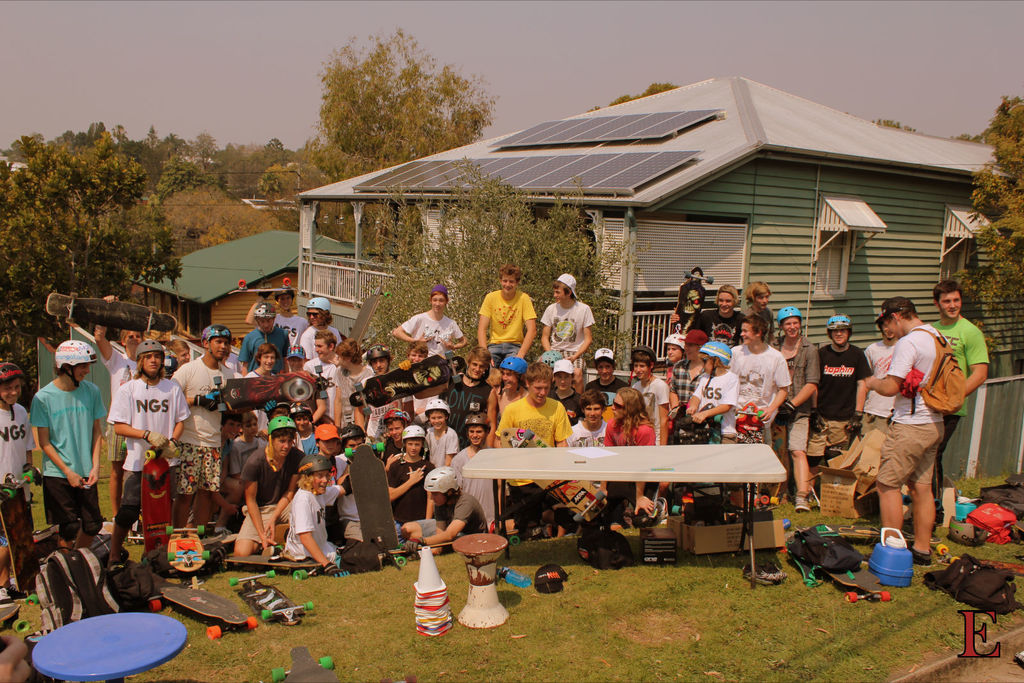 The day kicked off around 8 with a large number of skaters already shredding the hill. As time went on more and more skaters began to arrive, including cars full of Brizzy groms, buses of Sunny Coast kids mainly featuring the Noosa Grom Squad, and even a few guys from the GC.

The freeride began with everyone showing their stuff; big standies, sick toesides and the occasional stack. Meanwhile Millzy ventured off around the corner to claim "Magic Land", two sick hairpins.

Gradually more and more people began to arrive, and a kicker supplied by Jordan Fabris was brought out. After having a chat to surrounding parents, I came upon the mother of the youngest skater there (9 years old). She began to tell me how grateful she was for the event, and how thrilled she was at how much fun everyone was having and how well the older kids treated her son. 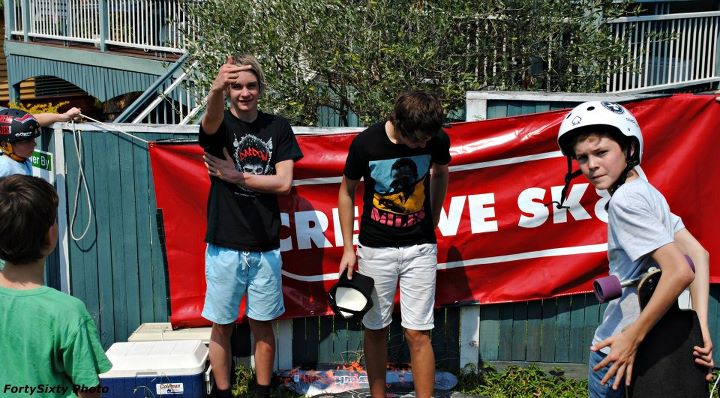 Everyone began to shred and the competition for "Longest Standup Slide" began.

It was a great competition, with many different contenders until Fraser Spratt smashed out a steezy 22m winner. Matthys and Chad came in tied for second with 21m. After a hands down slide comp the freeriding returned, including skaters going off the ramp and over boys laying next to it.

All in all, it was a relaxed day with some sick shredding that really helped to spread the stoke from all different areas. The day went off without a hitch, except for a brief visit from the police, who Arbi politely addressed and convinced them to allow the event to proceed. Also Tim Curry and Elliot Shields were going head to head on who could stack the most. Tim managed to run into a 4WD and Elliot "Learnt to Bail".

Thanks to everyone that made the day sick and a huge thanks to all the sponsors that provided some wicked gear! 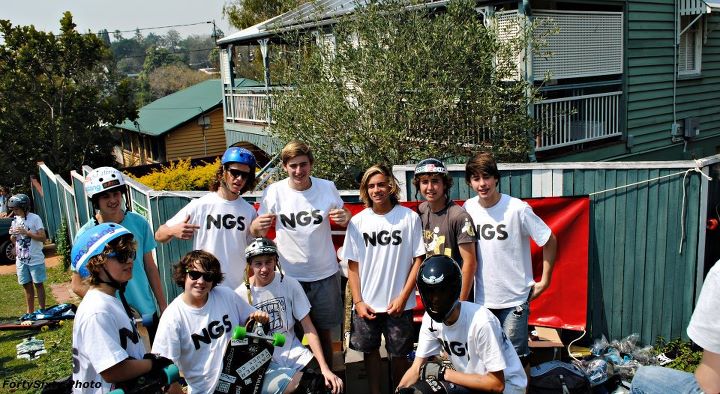 NICE ONE! LOOKS LIKE THE GNAR WAS DEFINITELY SHRED!