A fantastic 3 days have passed by in San Juan, Argentina and we would like to update the community back home with some insight into what the World Skate Games has produced thus far.

We have such an outstanding group of individuals representing the country here and it has been nothing but impressive seeing how the team conducts themselves both on and off the track.

Day 1 and Day 2 brought high temperatures, scorching sun and as always some mishaps on track with the team, as Harry always says though "gotta eat shit to know shit". A couple of the team had some spills throughout both days but everyone is still in one piece and working towards the end goal of putting down the best result possible.

We have just finished up with Day 3 and we have some fantastic news to share; we have a medal! We knew from the start our Luge team consisting of Graham Brittain and Julian Slaney was the powerhouse duo we needed, both have an incredible history in the sport and both have what it takes to bring home medals on race day, but today was official qualifying and Graham is bringing home some gold with a top qualifying position with the time of 1:14.20. Julian also laid down a brilliant run and has come in at 6th overall with a 1:15.54. Full luge qualifying can be found here. 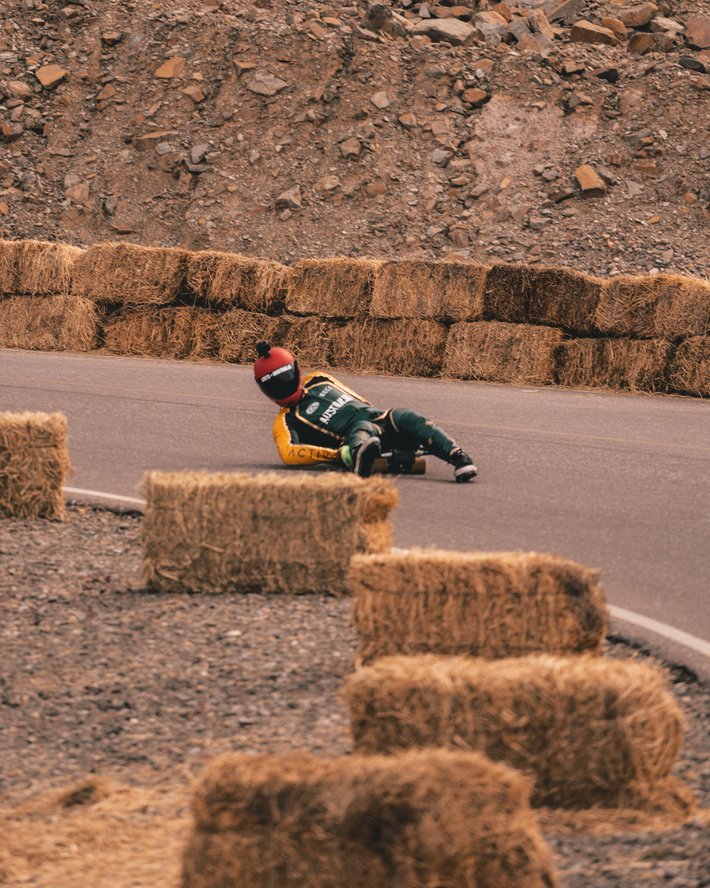 These results combined have left us in a somewhat favourable position of both riders being situated on opposite sides of the bracket for racing tomorrow, so they won't have to meet until finals. Brackets can be found here. Racing begins tomorrow morning, 10am local San Juan time.

Our Inline athlete Greg Casey has come in and shown a fantastic attitude to his first world championship and is improving on every run, and has a beaming smile whilst doing it. Greg also completed qualifying today and we are awaiting on World Skate to provide us with accurate results and also the Inline brackets. The Skate team is in high spirits as always and are eager to begin qualifying tomorrow, with racing to begin on Saturday. Once again we must acknowledge and pass thanks to our partners for World Skate Games, BECK Property Group, Active Utilities, and Hopkin Skate, we can't thank them enough for their support.

You can learn more about these companies at the following links: