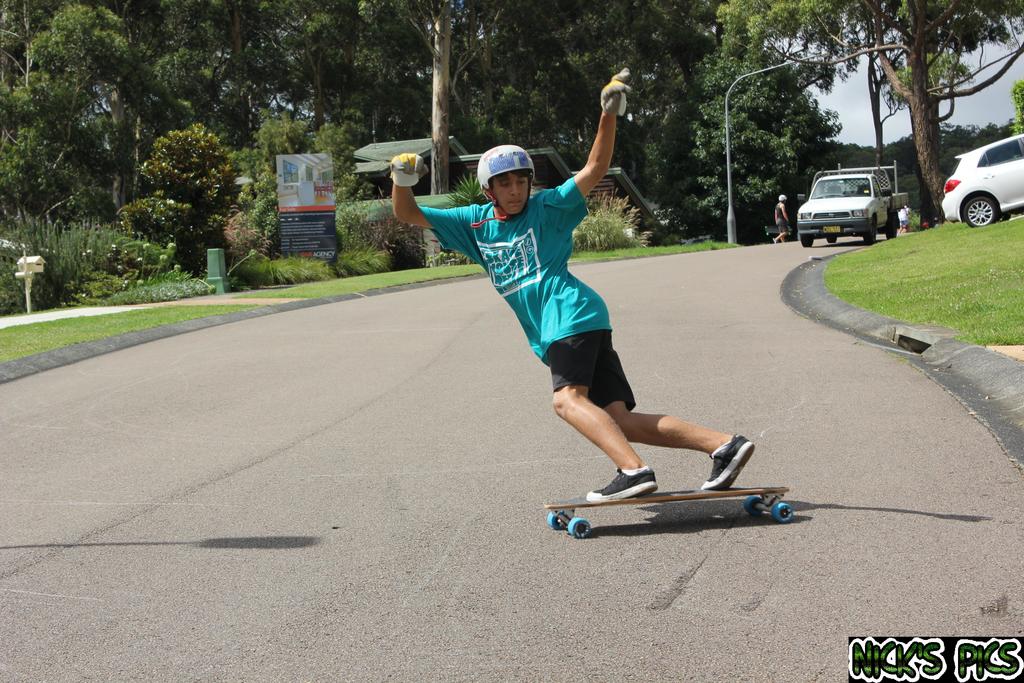 Macca Pettersson ripping up as usual

Stoke level was high as we awoke to a sunny Sunday, perfect conditions for the Erina Slide Jam. Organised by Nick Mitchell, the day was a great success with a turnout of roughly 40 skaters from Sydney, Kariong and other local areas. The day began at 10am at Flakelar spot. Although hot, the weather was great for skating which helped a lot! Some photos from Flakelar: 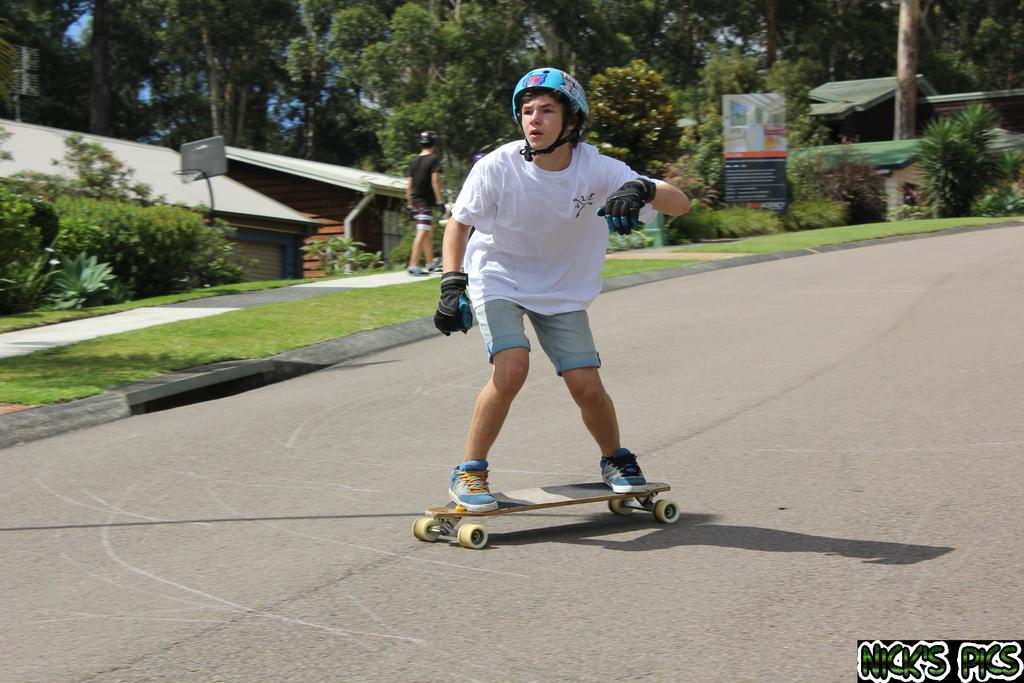 Nick Mitchell looks on as he heads down the hill

During the morning session, I decided to share some Kool-Aid with a couple of friends. It got way out of hand when pretty much the whole party realised I had Kool-Aid and stampeded towards me. It was truly terrifying. Most people got a cup. If you didn't, sorry!

Well done to Baeden Pettersson who aiming for a massive standie went ass up on the pavement. Solid effort Baeden.

After that, the crew headed to Maccas for a healthy lunch consisting of burgers and chips. 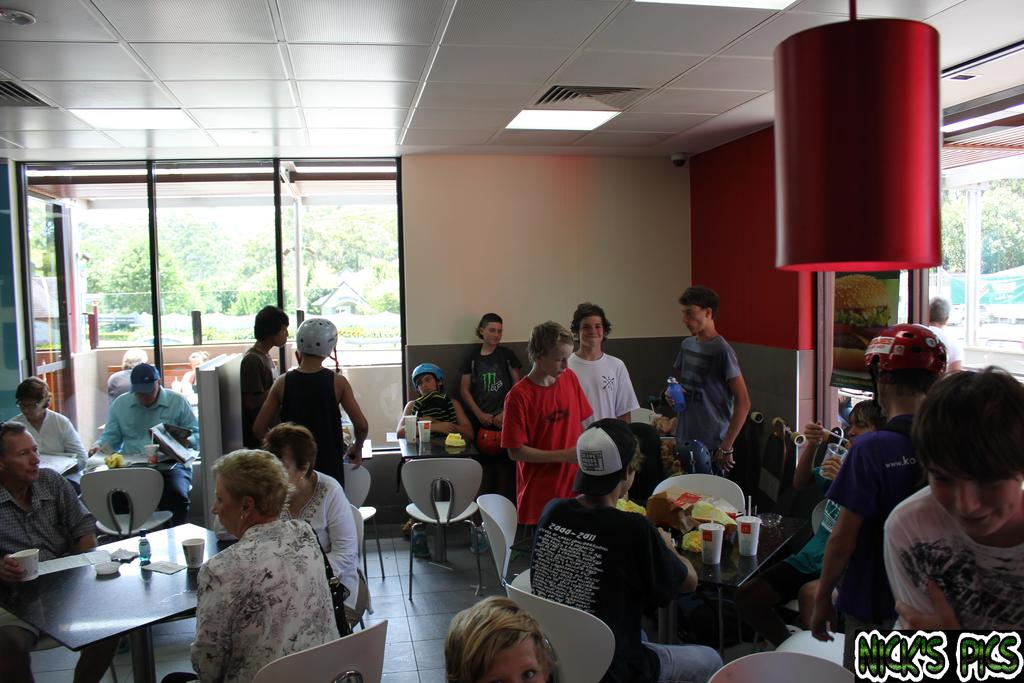 The afternoon session was just as fun, with the crew heading over to Church Hill.

The crash reel began when Tom Eady went tumbling off his Rayne Avenger, slamming into the guard rail. Thankfully he was okay, and continued skating.

A couple of hours were spent there, and then most people went back to Flakelar, but Nick Mitchell and I went to Erina Fair to stock up on Paddle Pops :)

Then we went back to Flakelar. Most of the guys had gone back there, and on our arrival, they realised that we had Paddle Pops. A similar stampede to the Kool-Aid incident occured...

Not much happened in the rest of the time we were there, apart from Macca Pettersson nearly being hit by a car.

Angus Williamson and I then legged it for the bus back to Gosford and made the train to Sydney by one minute.

Nick Mitchell for organising it and giving me two paddle pops

Reece Froude, Billy Heys and Ethan Bullock for helping me not get lost

Angus Williamson for coming with me

And everyone else for making it a memorable day!

That's professional man, devo I couldn't make it :( I'll make it next time!