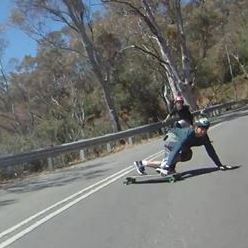 ADELAIDE POLICE AT IT AGAIN!
94 Replies

Myself, jasper marshall, chris hardy, and james hunt were all skating eagle on the hill a hill which most on here would have heard off, we get pulled over by a police officer and here is the…Click here for the full story

Looking at either sector nine BHNC gloves or the Lush race gloves. I was wondering if both were race worthy under the IGSA rules and also people thoughts on both? cheersClick here for the full story

Hey guys, been doing a lot of research about both of these boards and really having trouble separating these two boards, i will eventually be running the board on a set of munkaes, and just wondering…Click here for the full story

Started this discussion. Last reply by Lance and Josh May 27, 2011.

I am looking to upgrade in sorts from my trucks which i am riding now,atm my setup is rayne avenger with 180 kookys,i am wanting to upgrade but i am not sure what to go with,i am very interested in…Click here for the full story

hey man are those rain venom cannibal wheels still for sale if it is can u please send me some pictures, post it on my wall or send to my email ezekiel_baking@yahoo.com.au Hey I'd be interested in either of the rain wheels, preferably the venoms.  I live in Sydney.  If you have already received this message via email, don't worry, my internet is screwing up a bit.  Email me at dawson.gus@gmail.com

Timothy D'Cruz said…
Wat board do u ride

I'm a journalist with The Advertiser and we are hoping to pull together a story on the growing popularity of longboarding. It would be great to get a story from the perspective of the longboarding community, rather than the police! We'd like to chat to a few South Australian longboarders to explain what it's all about, the thrill, the battle with law enforcement, whether there needs to be dedicated tracks etc. Please let me know if this is something you (or people you know) would be happy to be a part of. There are ways we can do the story to make you anonymous if you'd prefer. You can contact me in the office on 8206 2429 or email at hydeb@adv.newsltd.com.au

I look forward to hearing from you.

yeah bro, I'm keen. add me on facebook and we can chat

Hey dude, I'm interested in the Elise you're selling. Let me know if you still have it

Oliver Kleyn said…
hey mate keen on the glyde topmount, ive got a jati ninjati if ur keen to trade?

hey bro,yeh the new topmount is rad,definetly reccommend it,contact pete hill and he should be able to hook you up,the hop shop will have some soon also,

its got a slight spoon cave each end,slight w cave and a nice amount of lift on the rails.

yeah they dont feel spectacular at slow speeds (cus they such a boat), but as soon as you hit 20 km/h its on.

the w concae is insane, im mongo so at first i had an issue foot pushing/braking, but all that took was a weeks practice, so far i've foot braked at 50-60km/h and have had no issues

used to have zombie hawgs on it (white) and they were a little sticky (and icey, once i broke them out), it turned into an absolute beast though when i put the purps (durians) on.

also i had a 9two5 before this so the was a significant change in the ride hieght and handling, it felt a little bit alien when i got on her but im grom aswell, after learning on a drop through a top mount feels so responsive.i use my annika for speed DH cus it is so stable and easy to control at high speeds.

the best ppart is steping back onto a swithblade or a 9two5, they feel like free ride beasts.

im a grom too bro so dont take this as gospel, been skating since christmas and i hate shortboards so i never skated them either.

sorry man just bought her and i plan on abusing her for a while yet!

what do you ride atm bro?